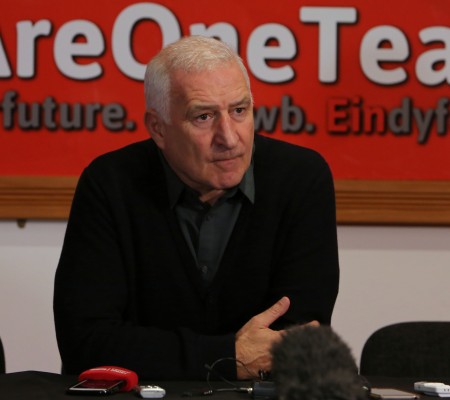 Dragons beware! Dover make the trip from Kent to North Wales on Saturday on a mission.

Experienced manager Andy Hessenthaler and his team are intent on continuing a club tradition – by extending their unbeaten away record against Wrexham.

Dover, who include former Wrexham midfield player Nortei Nortey in their squad, have played at the Racecourse four times, winning once and drawing three.

Wrexham, though, have been in formidable form at home, winning four and drawing one of their last five Racecourse fixtures in Vanarama National League, Emirates FA Cup and FA Trophy.

The Dragons kept four clear sheets during that run and attracted a total of almost 15,000 spectators to their last two wins – against Salford and Solihull in the League.

Wrexham follow their home clash with Dover by travelling to play Bromley on Tuesday, two fixtures in four days which are crucial to hopes of promotion.

Orient are four points ahead of the second-placed Dragons, who have one game in hand.

Wrexham have turned Bobby Grant’s loan deal from Fleetwood into a full transfer until the end of this season.

Grant has been at Wrexham since November 2018 and now joins Wrexham and manager Graham Barrow says: “Bobby has has been fantastic for us,  on and off the pitch. He is an excellent player and great around the dressing room, too.

“He fits the mould for the kind of player we want here at Wrexham.”

Wrexham fought off competition from Tranmere Rovers to sign Grant, who said: “Wrexham’s fanbase is incredible.

“I would love to get promotion over the line with that group of lads in the dressing room, supporters and the club as a whole.”

Wrexham are in talks with Crewe over extending the loan deal for Brad Walker. The 23-year-old has scored four goals in 17 games for the Dragons since joining the National League side in August.

Walker’s last game of his loan stint with Barrow’s side is due to be Saturday’s game against Dover Athletic, but Barrow is keen to keep Walker at the Racecourse.

Shrewsbury Town, where former Dragons’ manager Sam Ricketts is in charge, are also keen on Walker.

Fred Barber, Crewe’s goalkeeping coach, sat in for Crewe manager David Artell in a media conference, saying: “I am not be surprised Wrexham are interested because he’s been doing really well.

“I know Sam Ricketts from the Bolton days. He rang me to see if I know any players out there and who are available. Sam is cutting his teeth and networking.

“I know the goalkeeping coach at Wrexham and he says Brad has probably been their best player so far this season.

“They have a good side this year and have a few good signings.

“They are looking to go into the Football League and they deserve that because over the last couple of years they’ve been up there.

“Wrexham attract good crowds and deserve to be in the Football League.”