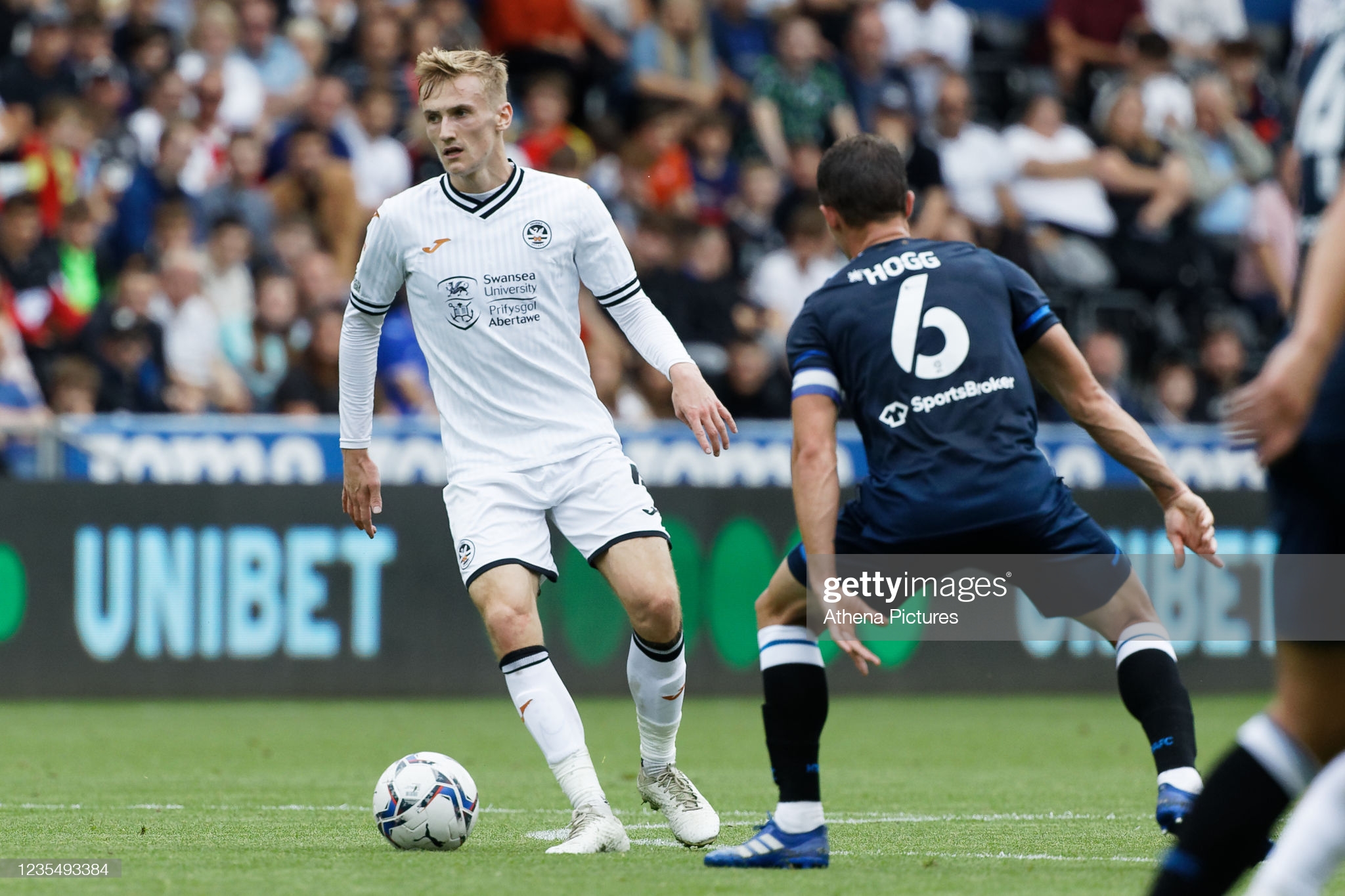 Swansea City head coach Russell Martin hailed Flynn Downes after the midfielder was at the heart of their first home victory of the season.

Joel Piroe’s first-half strike was enough to secure a 1-0 victory over Huddersfield to end a run of four games without a win.

It was a fourth clean sheet in five games at home for Martin’s men, who crucially found a breakthrough after failing to score in their previous two home matches.

Piroe’s sixth goal of the season broke their goalscoring duck, but Martin singled out Downes for praise.

“Flynn was incredible, it’s really difficult to single people out but he does the dirty work really well which sometimes goes unsung,” he said.

“He enables people to do their roles brilliantly, he plays with no ego at all and knows exactly what his role in the team is and Kyle Naughton and the boys at the back appreciate him a lot – I know I would’ve if I’d had someone like Flynn playing in front of me.

“For everyone the win is important. I have been so happy with performances, where they are going in terms of what we see with our eyes and what the performance data suggests – barring a 24-minute period at Luton, really.

“The first half today was another step up, another improvement from where we have been. Now the challenge is to maintain that.”

Martin believes the result will give further weight to his argument that his squad’s re-boot is a process, rather than an event and that further development will continue on an upward curve.

“It was great to celebrate with the fans, I have been waiting a long time to do that. The players did their part.

“But I have said all the way along – and I truly mean it – the support we have had has been incredible. You look at the numbers who went to Brighton on Wednesday, to make that trip in the middle of a week.

“The guys at Luton gave us so much energy. Today they stuck with us even if it was tense and nervous late on.

“But they stuck with us because I think they understand what is going on, the transition we have made and how much change is happening.

“We are trying to bring them back something which they were very proud of for a very long time.

“Hopefully we are on the way to doing it, although we know there is a lot of hard work to go.”

Despite the defeat, Huddersfield remain in seventh place, just three points off the play-off places.

“I feel we competed better in the second half than we did in the first,” said Terriers manager Carlos Corberan.

“They had more clear chances, but they came from our mistakes. We didn’t find a solution to the way they pressed and we lost organisation in defence for the goal they scored. Until that moment we were doing really well.

“We needed to manage our attack better the second half, we competed better and won more second balls.

“We played more in the offensive half and pressed well too. The mentality in the first half was not good enough.

“In some spaces of the pitch they were better individually than us which didn’t allow us to counterattack. It’s important to compete for 90 minutes.

“We have the intention to dominate the game with the ball but we need to find the balance of playing long and playing short.”