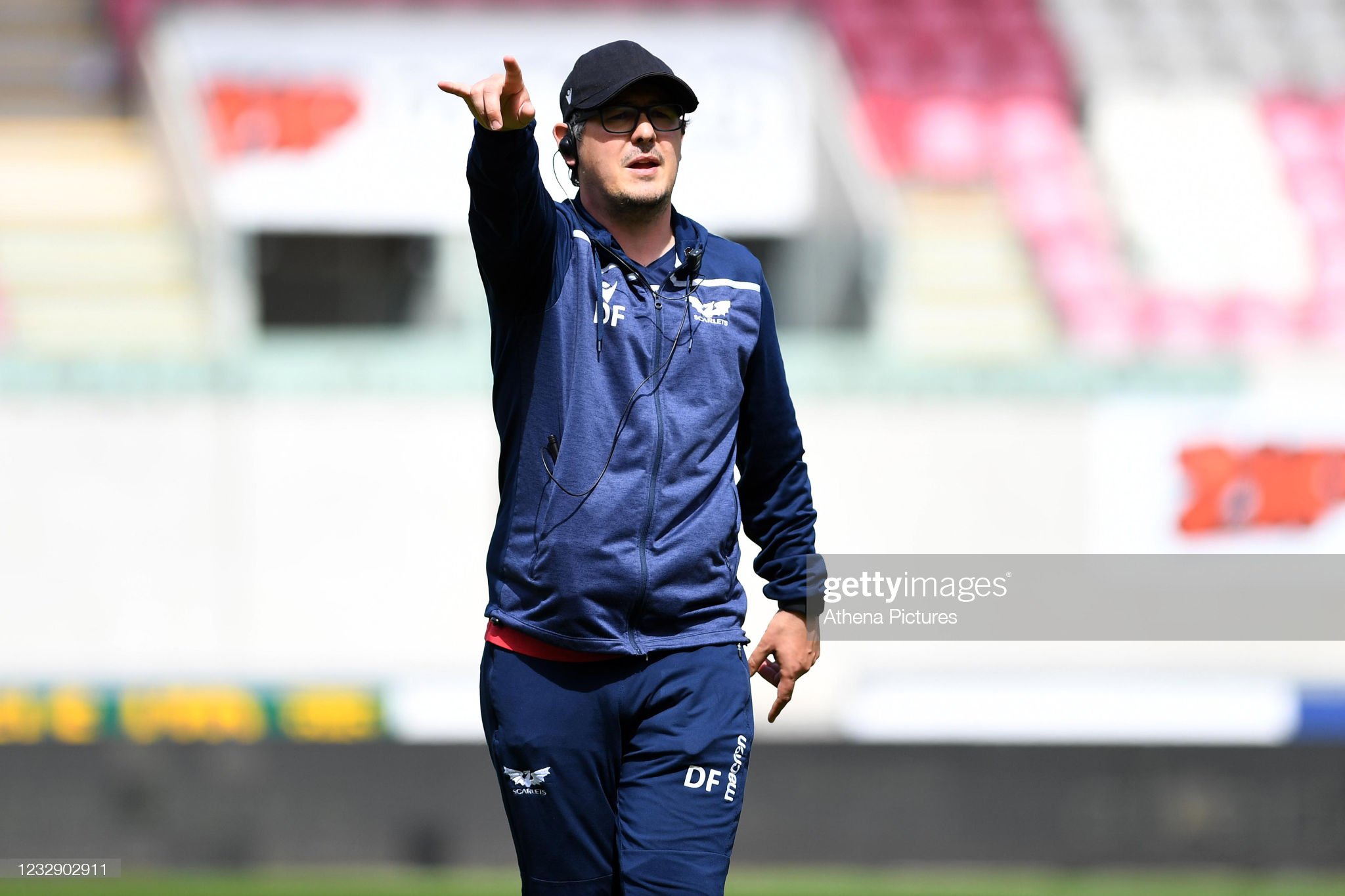 The Dragons have appointed Dai Flanagan as their new head coach as part of a coaching restructure, with Dean Ryan staying on as Director of Rugby.

The reshuffle will mean that Ryan will continue on the Dragons’ board, but the coaching responsibilities will now rest in the hands of Flanagan.

The former Pontypridd, Ospreys and Cardiff Blues fly half will be looking to impress in his first full time head coach position in regional rugby after earning his stripes over the years.

In his playing days Flanagan was a fans’ favourite at Pontypridd, having featured for the Valley Commandos between 2003 to 2010 and again in 2012-2014, he scored 1,241 points. He also represented Bridgend, Tonmawr and Newport in the Premiership.

The 36-year-old is regarded as one of the most exciting young coaching talents in Welsh rugby and is looking forward to his new opportunity at Rodney Parade.

Dragons are delighted to announce the appointment of Dai Flanagan as the club’s new Head Coach ahead of the 2022/2023 season. 🙌#BringYourFire🔥 #WelcomeDai🐉 pic.twitter.com/iBupGGpXU3

Flanagan said: “I’m excited to be joining Dragons and putting my mark on the team and how we play. I’m keen to build on the foundations that have been put in place and enhance and develop our performances.

“I started my career back at Newport High School, working with the likes of Leon Brown and Joe Davies in the Dragons Academy set-up, so it’s a fantastic prospect to come home to work with those boys again and help make them better.

“I’ve been involved with Scarlets for eight years in several roles, including heading up the coaching team when the opportunity arose, so I leave with memories of an unbelievable rugby journey.

“I’d like to thank Dwayne and the Scarlets for allowing me to take up this opportunity and also all the staff and players, I can’t thank them enough. From the likes of Rhys Priestland and Regan King when I first joined, to Scott Williams and Steff Hughes, who are so knowledgeable about the game. I’ve had great support and wish them all well.”

There is hope the rejuvenation of the playing squad as well as the announcement of a new head coach will provide some impetus for the Dragons to improve their current position.

At Rodney Parade for the unveiling of new Dragons head coach Dai Flanagan, who is pictured here with Director of Rugby Dean Ryan. pic.twitter.com/Yt9IwjA06W

Despite the uncertainty of the club’s position and the stresses being placed on regional rugby from the WRU, the Gwent region have been making some excellent moves in recruitment this season.

Flanagan will now have the likes of JJ Hanrahan, Max Clark, Sio Topmkinson and Bradley Roberts to call on.

But much is still unknown about the whether the Dragons can improve, or even compete after several seasons of failure. The decision to replace Dean Ryan with Flanagan is an interesting one, with the former bringing a lot of experience, Flanagan will be looking to bring a fresh change to the setup.

“We’re delighted that Dai joins us ahead of next season and that a proud Gwent man, and one of the most innovative coaching talents in Wales, will get to work with the talented squad and coaching team we have assembled,” he said.

“Our thanks go to our friends at Scarlets for their understanding and working with us to ensure Dai can take up this opportunity at this stage in his career.”

Dean Ryan going up a floor at the Dragons.

Dai Flanagan in as head coach 👍

Flanagan was appointed head coach at Llanelli RFC in the Premiership in 2015. The Caerphilly born coach has since held various coaching positions at the Scarlets, starting off as a skills/kicking coach, he was then promoted to backs coach in 2019.

Flanagan has seen the highs and lows in Llanelli, he has developed well as a coach, coming through the Premiership and at regional level after developing with the WRU with the likes of Richie Rees and Richard Kelly, but one would assume his style of attacking rugby at the Scarlets will continue at the Dragons.

Jon Daniels, Scarlets General Manager of Rugby, said: “Dai has been a valued member of our coaching pathway and then senior team since he joined the Scarlets eight years ago.

“Since we became aware that Dai was being considered for the role of Head Coach at Dragons and that he was keen to embrace this opportunity, both the Scarlets and Dragons have been able to work together to allow a talented young Welsh coach the chance to take up this position.

“We’d like to thank Dai for his commitment to the Scarlets and wish him well for the next chapter in his career.”

Think this is the right way to go. A shake up is definitely needed. Coaches have to take their share of responsibility for a sorry season. Not sure Dai Flanagan or Jon Thomas would be inspiring appointments though.

Flanagan will need time to implement changes after campaign down Rodney Parade with just two wins to their name in the United Rugby Championship.

The Dragons finished bottom of the Welsh Shield and second bottom overall in the URC after failing to win a game at home all season, changes to the coaching setup were inevitable.

The region has struggled, but the combination of Ryan’s experience and Flanagan’s exuberant rugby could just be the partnership to finally break the shackles for the Dragons.

There is still uncertainty surrounding the ownership of the region after the WRU took over in March 2017. The takeover was needed, with the Dragons seeking investment. However, the same issues still arise today, with the club still seeking new investment.