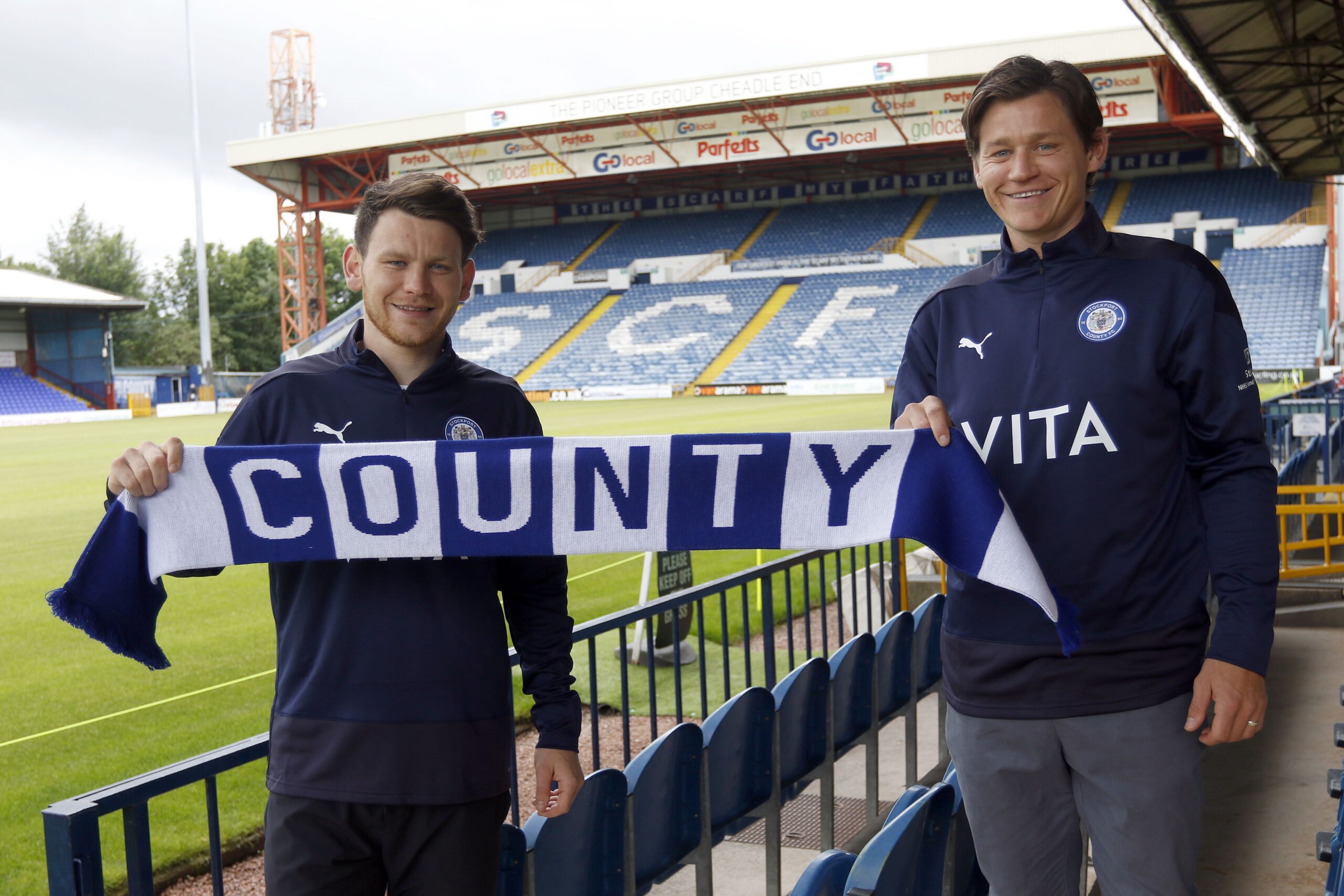 Left-back James Jennings has called a halt to his three and a half year stay at National League Wrexham.

Dragons’ manager Dean Keates was due to have contract talks with Jennings, but the Manchester-born defender has decided to move on.

He has signed for Wrexham’s National League rivals Stockport County along with younger brother Connor.

James, aged 32, started his career in the Manchester City youth system before playing for a number of successful National League Clubs including, Cambridge United, Forest Green Rovers and enjoyed a promotion winning campaign with Mansfield Town.

Connor, 28, has been playing for Tranmere Rovers, making 140 appearances and playing in three play-off finals, scoring in two of them and adding an assist for the winner in the other as the Merseyside club rose from the National League to League One.

James is the 17th player to leave the Racecourse from last season’s squad with 12 officially released, while five loan players have returned to their parent clubs.

Jennings, 32, made 134 appearances for Wrexham and says: “I loved every minute. From the minute I walked in, everyone has welcomed me – the same as they did with my brother.

“I already knew the club because of Connor’s time there and that always helped me.

“It’s a brilliant club and I’ve been excited to pull on the shirt. It’s thanks to the passionate fans for that and Dean Keates for bringing me into the club back at the start.

“I would have loved to have won promotion with Wrexham. That was the goal when I signed and we went close on a couple of occasions, but I have enjoyed my time with the club on a personal note.”

The Dragons have seven players under contract through next season, while Keates is preparing to open talks with four others.