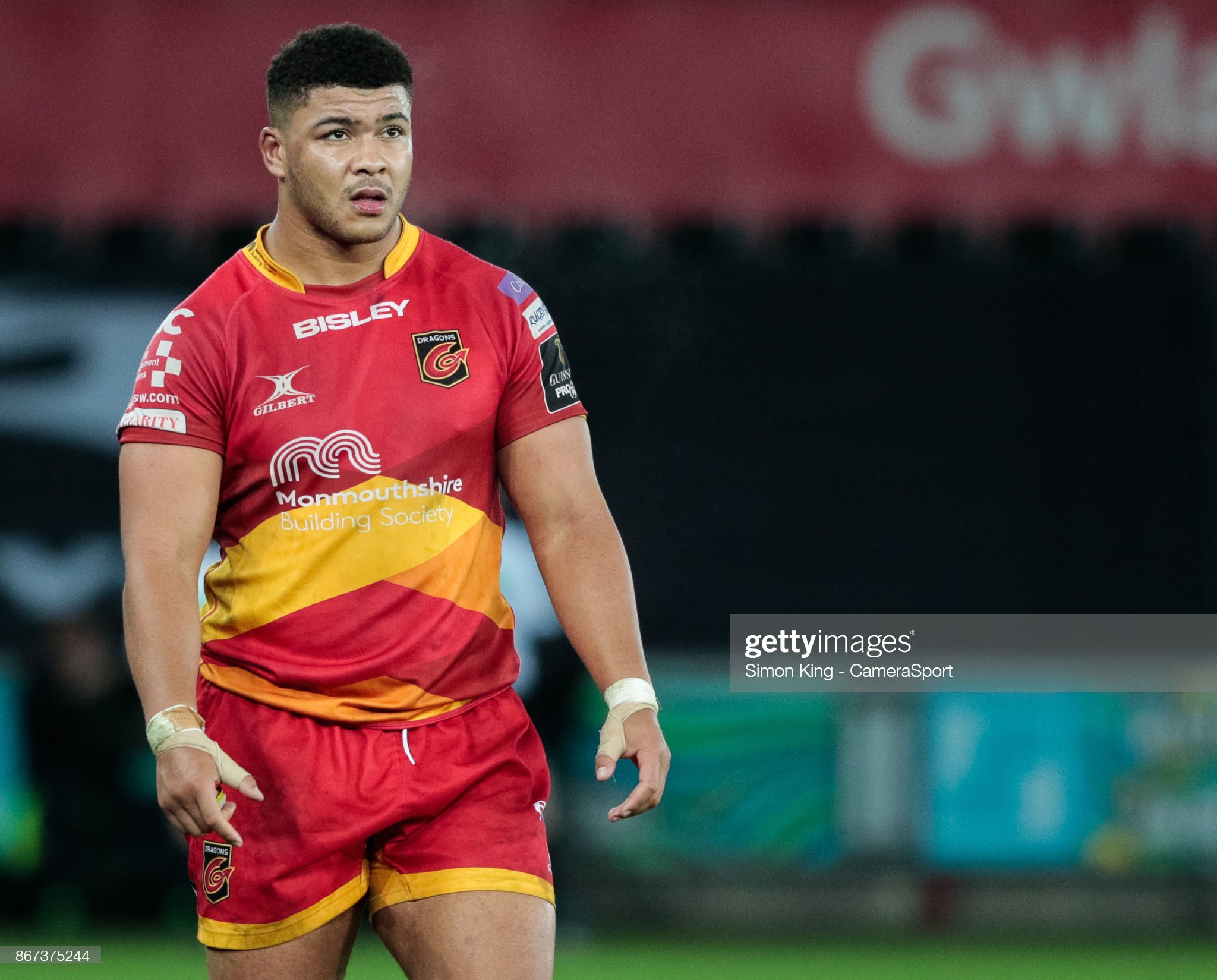 Leon Brown has become the first Dragons player to be named in a Guinness PRO14 team of the season since Colin Charvis in 2007.

The 23-year-old featured in 11 league games and scored memorable tries home and away against the Ospreys. He also featured in five European Challenge cup ties and his form earned him a recall to the Wales squad.

It has been an eye catching season for the tight-head prop who has won ten caps for Wales with the latest coming off the bench at Twickenham against England in the Six Nations. The 23-year-old is competing with the likes of Dillon Lewis, Willgriff John and Samson Lee for the Wales number three shirt and a number of his performances this season will have impressed Wayne Pivac notably two 30 metre touchdowns against the Ospreys.

Blues centre Rey Lee-Lo is the only other Welsh regional player included in a Dream Team dominated by Edinburgh, who supply six players. Dragons back row man Taine Basham was pipped to the award for the NextGen star, just losing out to Leinster’s Caelan Doris, but Dragons lock Matthew Screech picked up the PRO14 ‘Ironman’ title after appearing in 1,161 minutes throughout the season after starting in all 15 appearances.

Scarlets back row man Josh McLeod won the title of ‘Turnover King’ for his scavenging work at the breakdown.