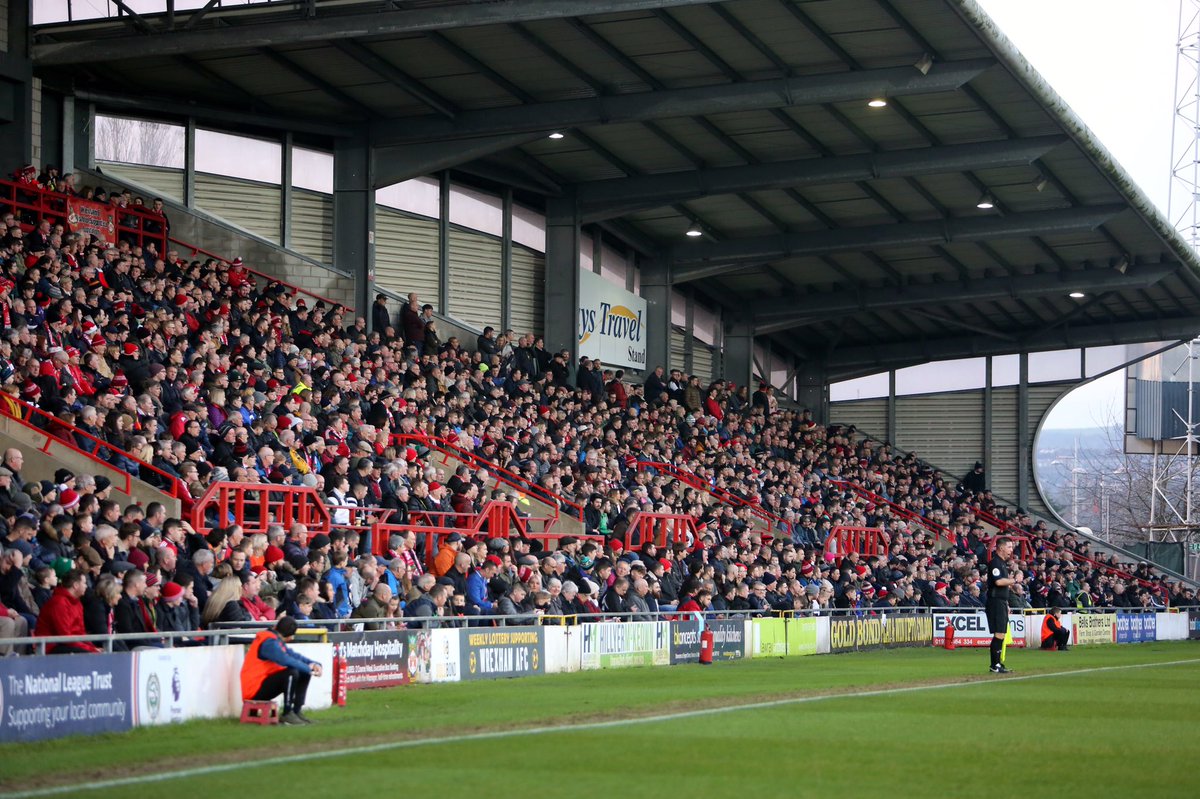 The Dragons suffered in Kent after getting caught up in heavy traffic on their way to Dover’s Crabble stadium.

Wrexham FC travelled overnight for their longest away trip of the season, but were caught up in a major traffic jam which delayed them so much the kick-off was put back to 3.30pm.

Wrexham players prepared to play on the team coach with pre-game rub-downs and strappings completed before they arrived at the ground.

They then had Bobby Grant sent off during the first half at a time when Wrexham were leading 1-0 thanks to a goal by Mark Harris, signed on loan from Cardiff City.

Grant saw red after getting into a tangle with former Bluebirds goalkeeper Lee Worgan – and Dover hit back to earn victory.

Boreham Wood completed a 2-2 scoreline in midweek with a 93rd minute goal and Dover’s winner came when Shaun Pearson headed into his own net a minute into injury time.

Wrexham are set to appeal against Grant’s 43rd minute dismissal, which came when the ‘keeper tried to clear and caught the Dragons player with an elbow. Grant appeared to kick out in retaliation and was sent off.

Manager Bryan Hughes said: “I spoke to the referee and he was honest enough to say he would look at it. He felt at the time it was hard, but felt he has swung his leg at him.

“It looks like the goalkeeper has just caught him with an elbow as he is getting away and Bobby has just reacted with a little petulant one.

“I don’t think it would be classed as violent conduct if it was anywhere else on the pitch, so I think we have got good rights to appeal and see what the outcome is.

“Bobby has lost his rag, but up to that point he had a good start to the game. People do react, it is not nice, but he will learn from it.

“After the sending off we went to 4-4-1 and stayed with that for the first 10 to 15 minutes of the second half.

“Then we changed it to the 3-5-1 where I felt we just needed to be centralised and have good cover in the central areas because we knew we were going to have to deal with crosses.”

Wrexham’s five-man midfield involved Paul Rutherford going on in place of Devonte Redmond to fill in at right wing-back with Mark Carrington pushed into midfield, while Michael Chambers made his competitive debut, joining Pearson and Jake Lawlor at centre-back in place of goalscorer Harris.

Attention now switches to Tuesday’s visit of National League leaders FC Halifax Town, the only team with a 100 per cent record from their three games, to the Racecourse.

“It is about picking the players up now, but we will be ready for Halifax,” says Hughes. “Our home record has been good so hopefully we can go out full of confidence and bounce back after this performance.

“There are fine margins in this National League. Halifax have hit the ground running, have got three wins from three and I am sure they are absolutely delighted.”