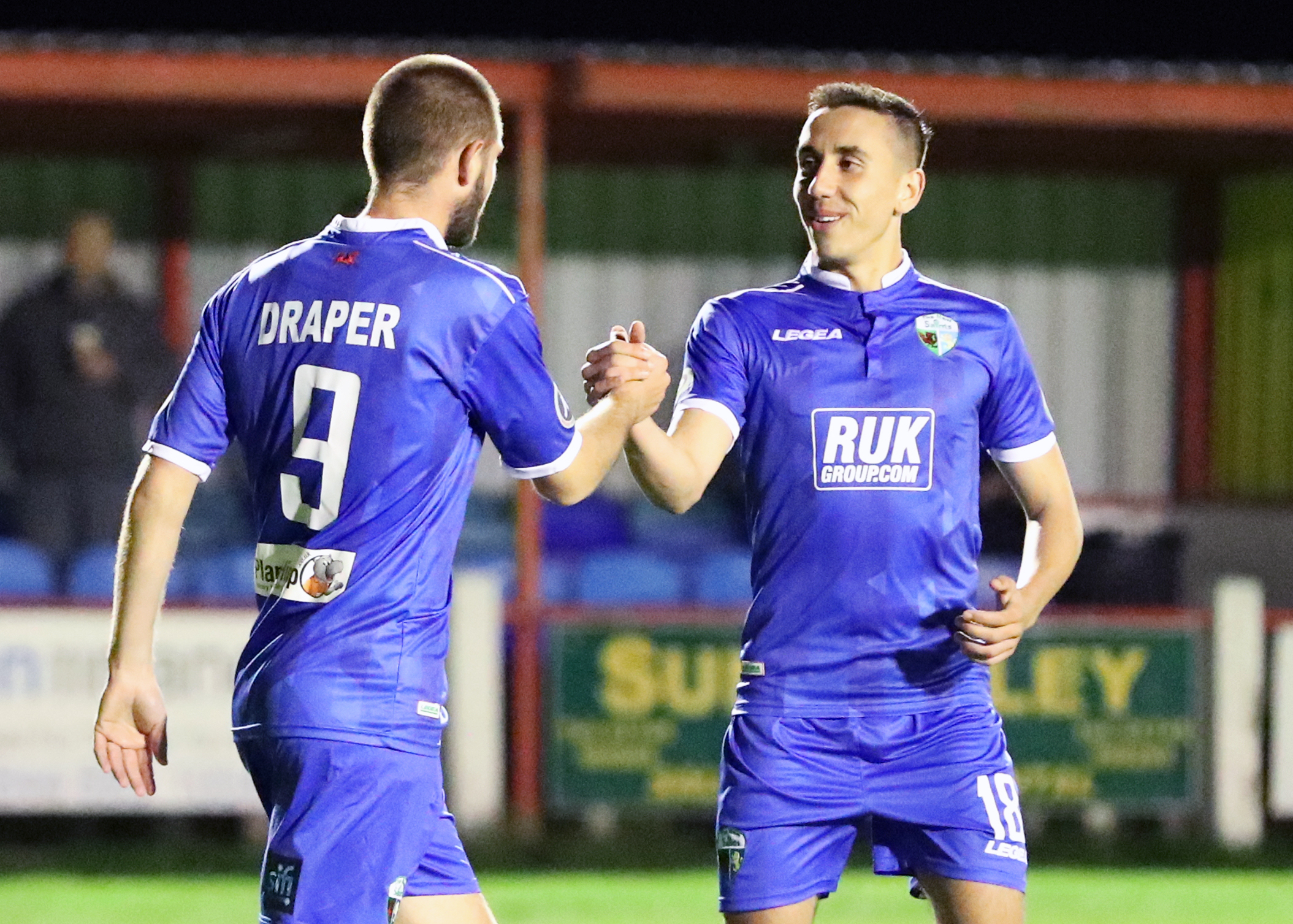 Greg Draper sealed the win with his 18th goal of the season.

Defending champions The New Saints returned to the top of the JD Welsh Premier League last night after a 3-0 triumph in front of a 1,000 crowd at Caernarfon Town.

Saints move a point clear at the summit ahead of Connah’s Quay with both teams having played 25 games – but that lead could be shortlived with the Nomads in action against Bala Town tonight.

The New Saints raced into a third-minute lead when Jamie Mullen slide the ball through to Kurtis Byrne, who squeezed his shot past oncoming goalkeeper Nick Bould and into the bottom corner via the post.

Jon Routledge’s crisp first-time finish from the edge of the area extended The New Saints’ lead shortly before the break.

Substitutes Billy Whitehouse and Greg Draper combined to seal the win the ten minutes remaining. Whitehouse dribbled his way to the byline before hanging up a cross for Draper to attack at the back post.

Draper, who has predominantly used as a substitute this season, now leads the league’s scoring charts with 18 goals from 6 (16) WPL appearances.

Connah’s Quay captain George Horan is in line to make his 400th WPL appearance in tonight’s visit of Bala Town to the Deeside Stadium.

The 37-year-old is available again after serving a one-match ban, having sat out Connah’s Quay’s draw on the weekend.

Bala, sixth, are looking for their first win in Phase 2 after being held by Newtown last time out.