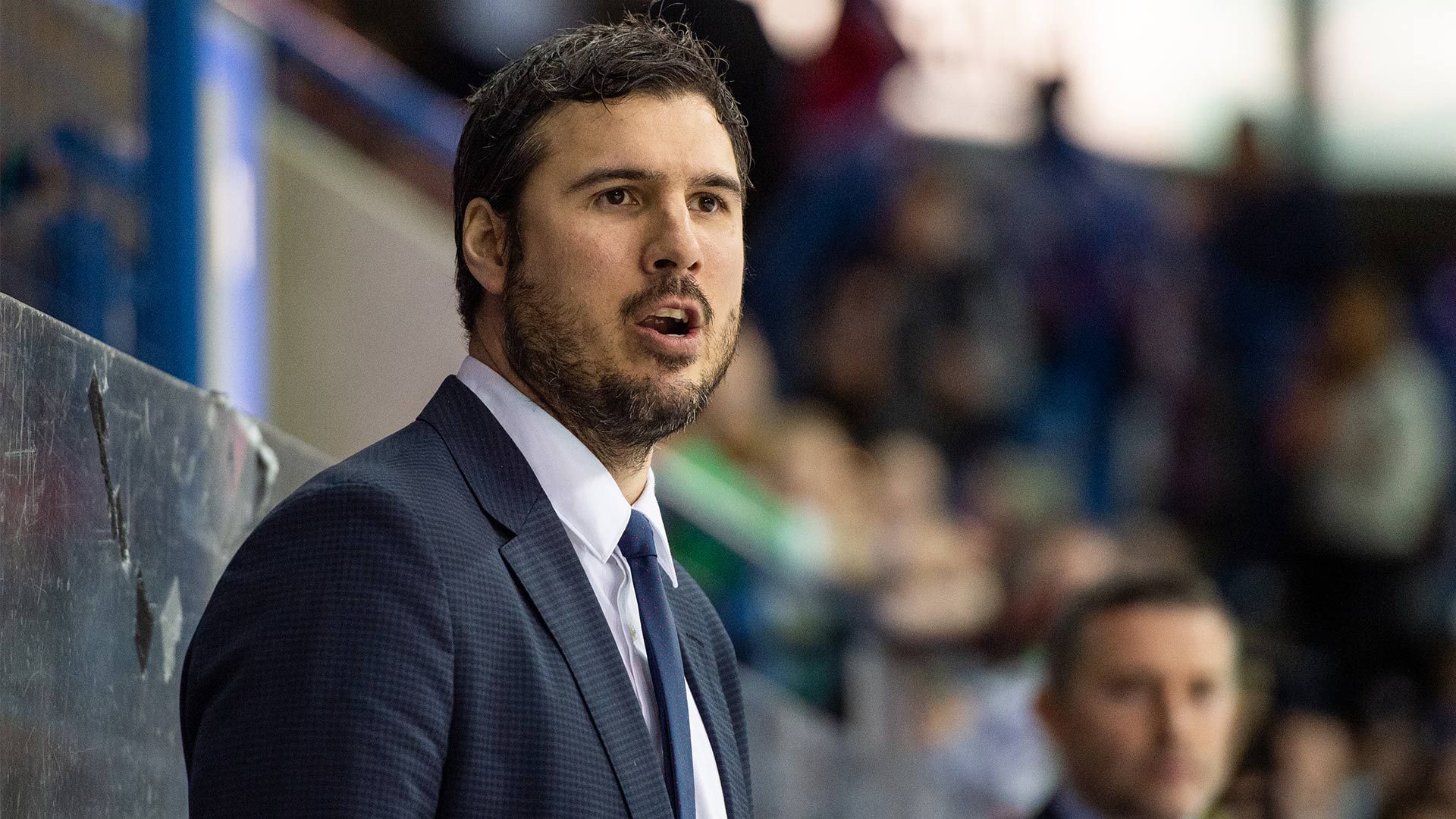 Penny scored twice as the Devils ran out 8-3 winners at Ice Arena Wales to seal their first win of the pre-season.

Manchester led three times as the game to and froed into the second period, until the Devils struck six times without a response to eventually coast to victory.

Former Coventry Blaze-man Penny levelled for the Devils to tie the game at three apiece before scoring the final goal to cap an impressive performance as the hosts closed out the game in dominant fashion.

“He had a great game tonight and we’re expecting him to have a big year,” revealed Dupont after watching the left-handed shooter lead the team with eight shots on target.

“I feel like we’re pretty deep up-front, he should have the ability to have a big year and he’s going to be a huge part of our team.

“We knew what we were getting with Penny. He played top line minutes with Coventry last year and it speaks volumes to the organisation that he wanted to come here.”

Joey Martin posted the first of his three assists of the night as Josh Waller’s shot squeezed through Hayden Lavigne to cancel out Ryan Barrow’s opener for Storm.

The visitors were back in front when Tyson Fawcett netted past Taran Kozun, but the Devils were again quick to reply as Josh Brittain (Martin, Marcus Crawford) scored the first of three successive Devils power play goals.

Stephen Johnson gave Manchester the lead once again in the second period before Penny (Justin Crandall) and Cole Sanford (Sam Jardine) cashed in on the man advantage to finally put the Devils in front.

Ben Davies (Sam Duggan, Josh Batch) extended the Devils lead with a short-handed goal to make it 5-3, on a night in which their special teams looked particularly effective.

However, Dupont insists special teams have not been a focal point of their pre-season training camp.

“I think we have enough skill that the power play can take care of itself early in the season, it’s something we’re going to focus on a lot more moving forward out of pre-season,” he said.

“The big thing for training camp has been our structure, trying to get our d-zone down and rush sorting. The team structure has been most important, so that’s what we’ve been focusing on.

“I still feel like we have some areas to improve, 5-v-5, but special teams ultimately are the difference maker so we will tighten up on special teams a little, but I’m very pleased with the way they’ve been playing.

“The PK did a great job tonight, that’s a thankless job. They guys get out there, they take a lot of pride in it and that’s what great about this team is the win and the team is what’s first and they take pride in their roles.”

The Devils maintained their dominance in the final period with Brodie Reid (Martin, Mark Richardson), Crandall (Crawford) and Penny (Crandall) rounding off a comfortable victory ahead of today’s reverse fixture (5.30).

Ben Bowns will return between the pipes in Manchester after Kozun capped his first pre-season start with a 22-save performance.

“I thought he did well,” said Dupont. “Taran got here a little bit later so we just wanted to throw him into the fire and get him going.

“He and Bownsey, I feel, are going to have a good and healthy relationship. It was good to see Taran come in and get his feet wet, and the fact we have two goalies who have their type of quality, we’re excited about. It’s high talent in the net and we want that battle to be there all year for them.”