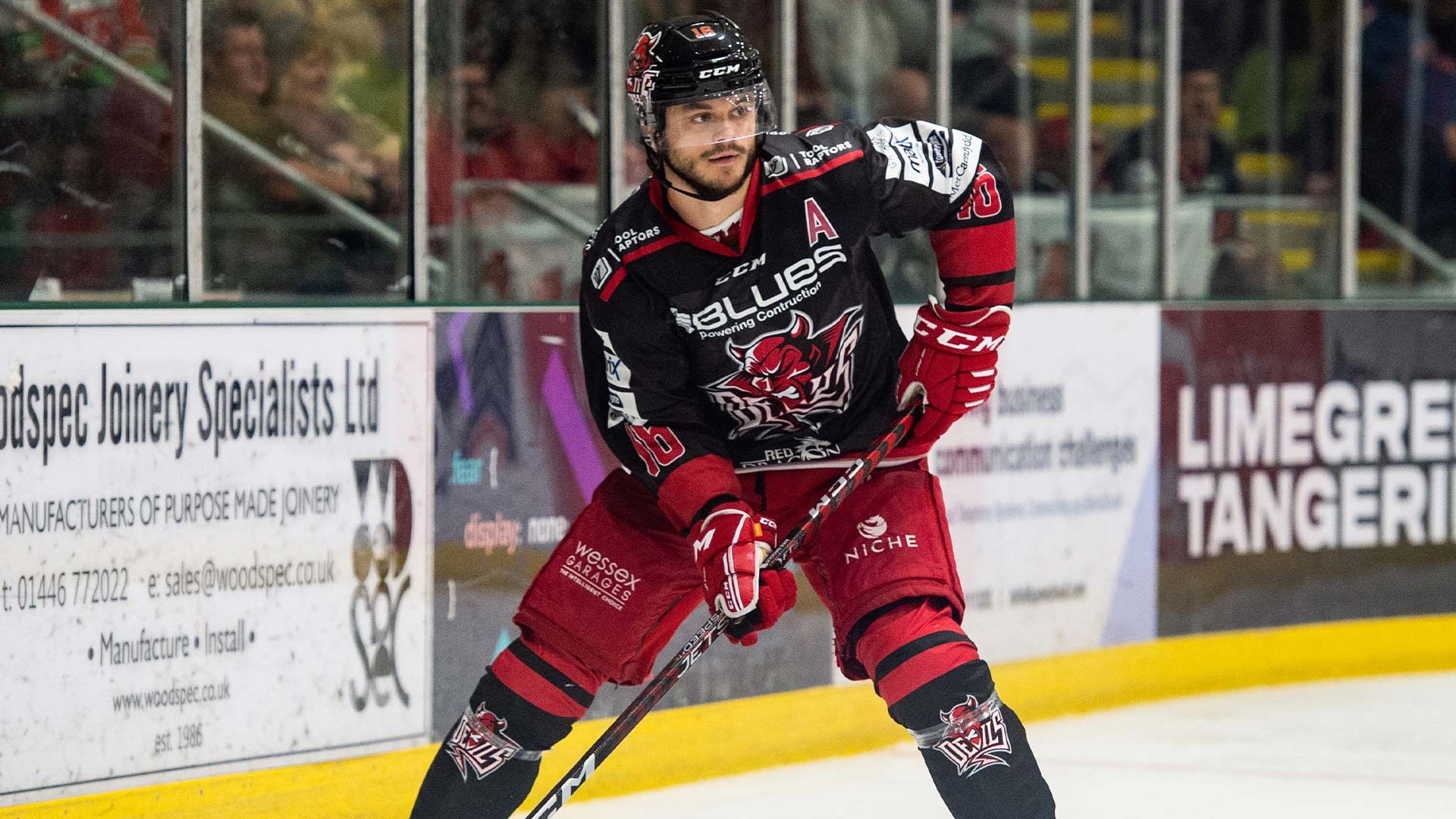 The Cardiff Devils wrapped up their pre-season schedule with back-to-back wins over the Nottingham Panthers to lift the pre-season Aladdin Cup, as Brodie Dupont hailed his team with the new season just around the corner.

Sam Duggan scored twice and Joey Martin claimed a goal and an assist in a 3-2 win over the visiting Panthers on Sunday evening, following a 4-2 win in the reverse fixture the previous night.

The Devils will once again be amongst the favourites to lift the Elite League title and they head into the opening weekend with four-straight pre-season wins under their belts.

“I feel like we got better every week and every day as training camp went on,” said Devils head coach Dupont on reflection of his team’s pre-season preparations.

“We basically had a plan from the start and we stuck to it. Maybe on the outside it seemed we were slow to start but we had a plan in place.

“Every year and every game you learn something, however, I trust my process and I trust our communication with the players, as such that we know what’s best for the team and we make decisions, day-to-day, on what is best for the team.

“We’ll make adjustments as we move forward but overall , I’m very happy with the training camp, with the conditioning level, the commitment to learning from the players and the communication level.”

The Devils rallied into a commanding 4-0 lead in Nottingham on Saturday through a pair from Trevor Cox and Josh Brittain and Ryan Penny, before the Panthers halved the Devils’ lead attempted an attempted late comeback.

On Sunday, it was the Devils who found themselves trailing after Brett Welychka put Nottingham ahead in a fast-paced opening frame.

Duggan tallied twice in the second period to put the Devils in front, burying Cox’s feed with a one-timer effort from the left face-off circle, before pulling the trigger on Sam Jardine’s pass after Martin had patiently kept the play alive.

The 24-year-old featured with Ben Davies on a makeshift fourth-line after Riley Brandt was scratched from the line-up as a precaution to a knock sustained in Saturday’s game.

“Duggan, and Ben Davies for that matter, have been doing the little things all training camp and all last year,” said Dupont.

“They’re guys who come in day in, day out and put their work in with a team-first mentality – when guys like that get rewarded with goals, it brings a lot of joy to us as staff and all the guys rally around them.”

Dupont’s team got their third of the evening in clinical fashion as Martin swept in a power play goal (Brodie Reid, Justin Crandall) after the Devils worked the puck smoothly around the offensive zone with the man advantage.

Nottingham’s Andrew Johnston squeezed a shot through Ben Bowns with nine minutes remaining to set up a closer finish than there perhaps should’ve been.

The Panthers pulled goaltender Jack Berry (24-saves) in the final stages in an attempt to force a late equalising goal as the Devils held firm, with Bowns earning the win with a 26-save performance.

“Nottingham came down and they gave us a good test, I felt like we got a slow start but we responded well,” said Dupont.

“I was pretty pleased overall with everybody’s play. It just felt like for parts of the game we were in full control then there were times we just let off the gas a little bit and they amped it up, so we’ve just got to do a better job of managing the momentum.”

The Devils begin their Elite League campaign away at rivals Sheffield Steelers on Saturday night before their home opener against Manchester Storm the following evening.

Tickets for upcoming games, including next Sunday’s home opener are available via the club’s official site.