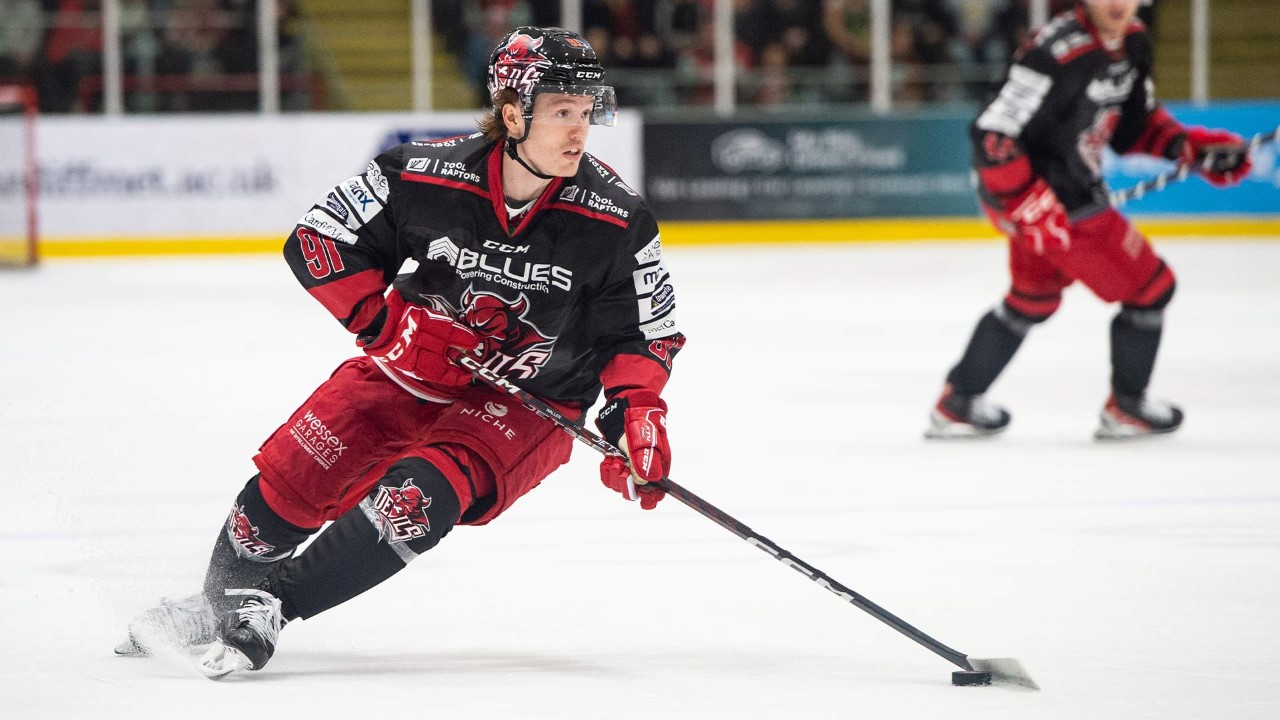 A two-goal performance, including the overtime winner, from British talent Josh Waller helped the Cardiff Devils comeback from two-goals down to defeat Coventry Blaze 3-2 on Saturday night.

The Devils needed to win to keep alive their hopes of advancing from Group B in the Challenge Cup, but did it the hard way after they found themselves trailing by two first period goals.

After forcing the game into overtime, Waller buried Brodie Reid’s feed over the shoulder of Paavo Holsa to clinch the win.

“It ended up on his stick and with that release, he’s dangerous anytime he gets into the slot,” said Brodie Dupont told Devils TV post-game.

“Waller’s got a tremendous future, he’s a young Brit with tons of speed. He can play anywhere up and down the line-up and he has that game-breaking ability and we’re trying to get him to be more consistent on a nightly basis. He’s evolved tremendously since last year.

“We knew what the implications were so when that puck went in at the end, it felt like a play-off game and rightfully so.”

A defeat would have left the Devils facing elimination from the Cup and their two-goal deficit put Blaze firmly in the driving seat until Waller dramatically scrambled a goal back in the final second of the second period.

It took just over three minutes for the Devils to tie the game in the third period. A superb individual effort from Jake Coughler saw him dangle through the Blaze defence only to have his shot saved by Holsa, but Marcus Crawford was well-placed to pounce on the rebound.

“I was really proud of how the guys responded. It’s something we’ve talked about going into the third, just laying it all out there and believing we could do it. I’m really proud of the guys and happy with that win,” said Dupont.

Taran Kozun recovered from a nightmare start to make 27-saves and claim his third-straight win.

Kozun was beaten after only 13 seconds when a stray pass back sent Coventry’s Mitch Cook through to score the first shot of the game.

“Once he settled in, he made some tremendous saves for us. He kept us in the game when he needed to and at the end of the day he got the win and that’s what matters,” said Dupont.

The competition between the Devils’ two netminders has become a major talking point as the season has progressed, and Dupont says the calibre of his two goalies creates a fortunate situation.

“We have two good goalies playing well and the goalie situation is kind of the new age where you have two goalies.

“But we can’t forget about Ben Bowns, he’s a game-breaking goalie and we’re super fortunate to have two goalies like that.

“We wanted to give Kozuen a chance in a big game and we’re pleased with how he responded.”

Bowns is expected to return in net as the Devils turn their attentions back to the Elite League where they visit the Nottingham Panthers (4-5-0) this afternoon (4pm).

The Devils are 7-2-1 in the league this season and facing the Panthers, they take on Fife Flyers back on home ice on Wednesday night.

Tickets for all forthcoming home games are available via the team’s official site.