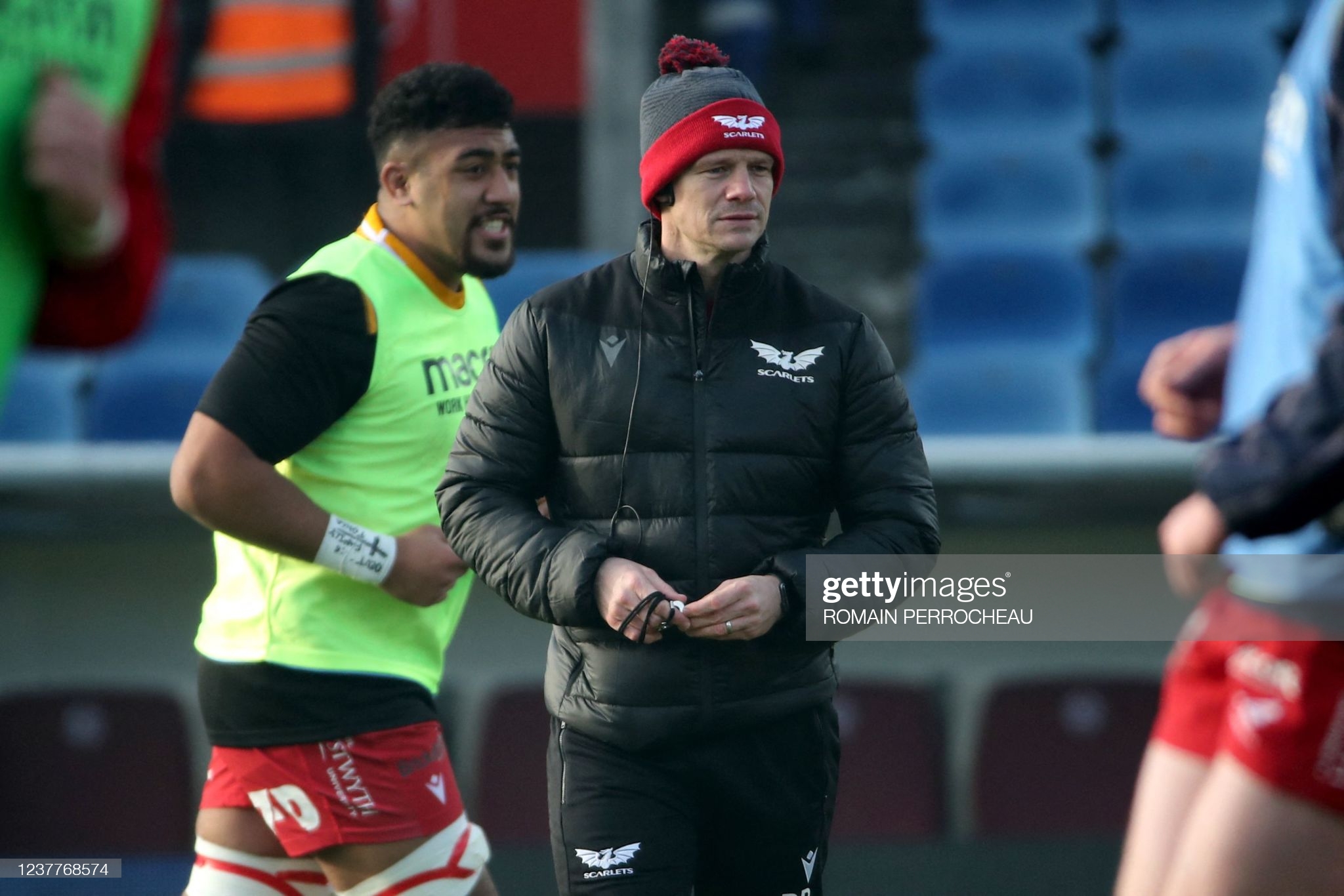 Dwayne Peel has admitted there has to be some soul-searching among his Scarlets players after their latest European hammering.

The region were thrashed 45-10 by Bordeaux-Begles at the Stade Chaban-Delmas in the third round of the Heineken Champions Cup.

It rounded off a bleak weekend for the four Welsh teams in Europe who all lost and who, between them, have failed to win a single match so far in nine attempts across the Champions Cup and European Challenge Cup.

Cardiff lost 36-33 to Harlequins at the Arms Park, the Ospreys also went down at home – 25-10 against Racing 92 – while the Dragons were beaten 23-9 in Italy by Benetton.

“We have to look at ourselves in the mirror and get better. We were not good enough today,” admitted Scarlets head coach Peel after Bordeaux had run in seven tries – three of them by an 18-year-old full-back, Louis Bielle-Biarrey.

“We are disappointed. The lack of rugby recently has a part to play but the reality is, the way we look at it, we are not going to dwell on stuff like that.

“The reality is we did not respect the ball and turned over possession too cheaply and put ourselves under pressure.

“For large periods we held them up for as long as we could but offensively, especially for five minutes in the first half, we put some good sets together but unfortunately we let it slip.

“If we can’t keep hold of the ball, you put yourself under that sustained pressure. We had two late changes but we prepared for all situations and you have to adapt to that.”

The Scarlets and the Ospreys prop up each pool in the top tier Champions Cup, while the Dragons are languishing in their group in the second-string competition.

Cardiff, the Ospreys and the Scarlets will be battling to stay in Europe next weekend in the final round of Champions Cup group games.

The Dragons have to wait until the weekend of April 8 for their final Challenge Cup tie at home to Gloucester.

In Bordeaux, Bielle-Biarrey scored a hat-trick and there were further tries from Cameron Woki, Geoffrey Cross, Maxime Lamothe, and Nans Ducuing to fire Bordeaux to a bonus-point victory.

Your @Heineken Star of the Match – Louis Bielle-Biarrey 🌟

Liam Williams and Gareth Davies scored the only Scarlets tries.

Both sides were forced into late changes with three positive Covid cases in the Bordeaux side forcing Francois Trinh-Duc, and Maxime Lucu out of the starting XV with Santiago Cordero having to cover at scrum-half, and Mathieu Jalibert starting at 10.

The Scarlets lost Scotland international Blade Thomson and prop WillGriff John in the warm-up. In came Morgan Jones at lock, and Samson Lee at tight-head prop, with Jac Price, and Harri O’Connor coming onto the bench.

Bordeaux enjoyed 57 per cent possession in the first quarter of the game and really never let up in a dominant win.

After the Ospreys had lost by three tries to one against Racing, captain Rhys Webb said: “We were proud of the first 40 minutes, we put a good shift in but we have to play a full 80 minutes to compete against these teams in Europe.

Full time score and Racing 92 claim the victory here at the https://t.co/HsgsTwJv7s Stadium

“We brought the intent but we’ve got to have the accuracy as well and we didn’t have it at times, we left them to control the game at the end.

“We’ve got to get back on the horse ready for Sale away, it’s a huge challenge and we had opportunities when we played them at our place, so it’s something the boys are excited about.”

Cardiff face reigning champions Toulouse on their own patch next week and need to snatch something from the encounter, while hoping other results go their way to have any chance of progressing in the second tier Challenge Cup.

Wales and Cardiff wing Josh Adams said: “It will certainly be difficult for us now, losing three games, but we’ll go out there with nothing to lose and will make sure we learn from this. There was certainly learnings from it but there were an awful lot of positives.

“We will certainly go out to Toulouse next week and give it our best shot and play some good rugby.

“The disruption with the boys in South Africa, quarantine and then games called off over Christmas because of Covid, it is difficult.

“We showed a bit of rustiness last week but we got it out of us and it was a clear improvement. Hopefully we can move forward from that.”