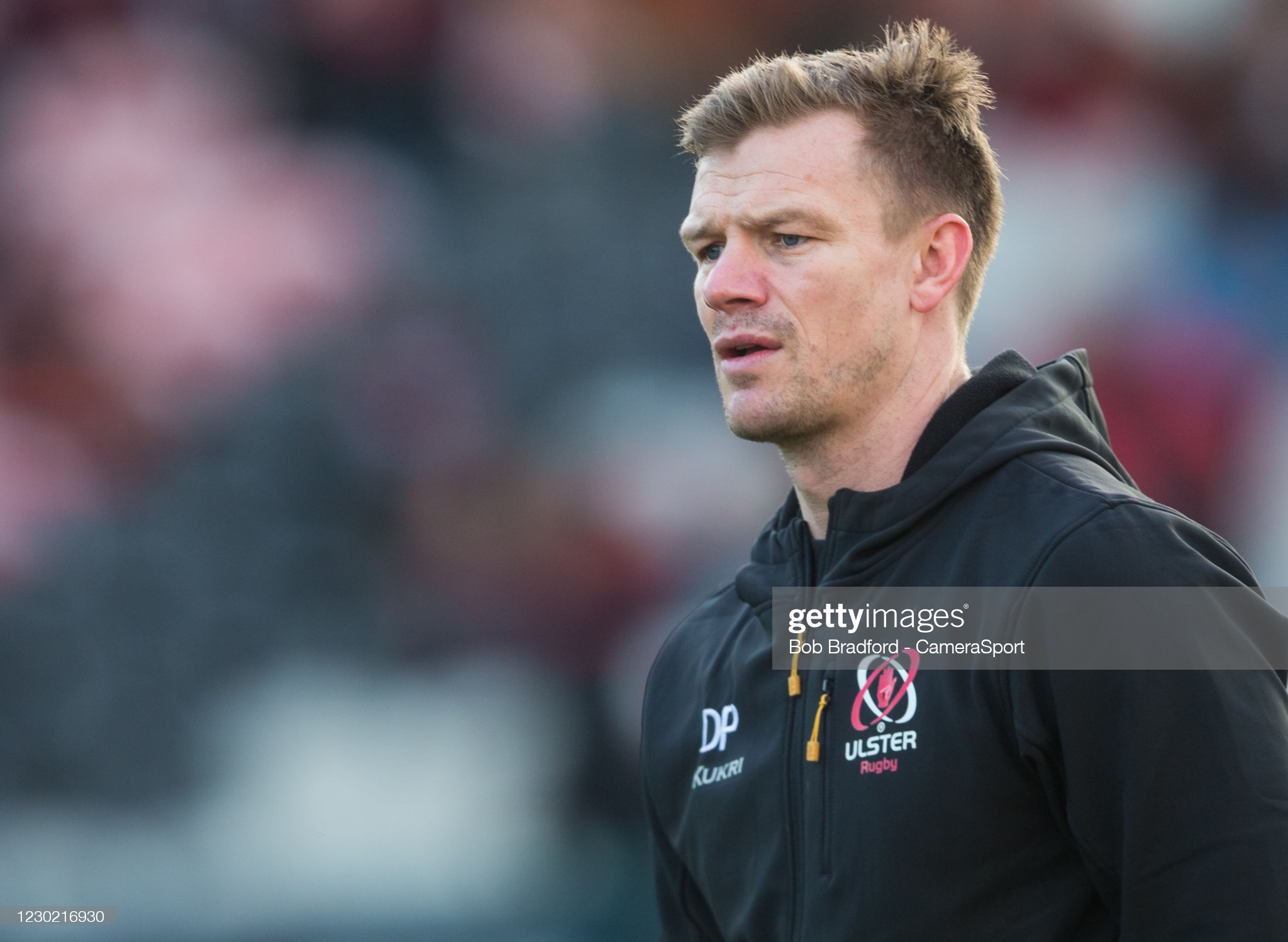 Dwayne Peel has signed to move from Ulster to the Scarlets. Pic: Getty Images.

Dwayne Peel has spoken of the “special bond” between Scarlets fans and the region after turning his back on Cardiff Blues to return to Llanelli.

The former Wales and British & Irish Lions scrum-half Dwayne Peel will go back to his old side as head coach this summer from Irish province Ulster.

Peel had agreed a deal to join Cardiff Blues for the 2021-22 season as the man in charge of their attack and signed a contract to that effect.

But, instead, he will now continue his coaching career in Llanelli with Matt Sherratt returning to Cardiff from Worcester in place of Peel.

Also changing seats is current Scarlets head coach Glenn Delaney who will take up the position of director of rugby.

Peel is regarded as one of the finest players to have pulled on the Scarlets jersey having played 151 matches during nine seasons at Stradey Park.

Hailing from Tumble in the Gwendraeth Valley, Peel was capped 76 times at scrum-half for Wales and was a Test starter with the Lions in New Zealand in 2005.

Following spells with Sale Sharks and Bristol, Peel hung up his playing boots to become part of Bristol’s coaching team before taking up a role as assistant coach with Ulster in 2017.

Peel said: “The Scarlets has always meant a massive amount to me and my family and I’m thrilled to be returning to my home club as head coach.

“I have been part of some incredible occasions with the Scarlets during my time at Stradey and I know everyone involved with the club has ambitions to be challenging regularly for silverware and competing with the top sides in Europe.

“As a player, I have experienced first-hand the passion of the Scarlets fans. There is a special bond between the supporters and the club and I’m looking forward to seeing everyone back at Parc y Scarlets next season.”

Scarlets executive chairman Simon Muderack said: “It is fantastic news for Scarlets fans that a legend of the club like Dwayne is coming home. His outstanding playing career speaks for itself, but he has also become a widely-respected coach during spells with Bristol and more recently Ulster.

“Dwayne understands what the Scarlets is all about, he knows the ‘Scarlets Way’ and he is hugely excited about coming back to west Wales to take up this role in the coaching team.

“Dwayne’s appointment is part of our long-term planning to further strengthen our team off the field and I am sure everyone associated with the Scarlets will be excited by what he will bring.

“We wish Dwayne well for his final couple of months with Ulster and look forward to welcoming him back to the Scarlets in the summer.”

Sherratt will join Cardiff Blues, a team where he previously had a successful three-year spell in which he helped the capital side to win the 2018 European Challenge Cup.

He then had two seasons with the Ospreys before moving to Worcester.

Cardiff Blues chief executive Richard Holland said: “We are absolutely delighted to welcome a coach of Matt’s calibre back to our set-up after the success he enjoyed during his first stint here.

“We were disappointed to see Matt leave in 2018, but he departed on good terms and has maintained a strong relationship with us.

“He remains a hugely popular figure within our group, embodies our cultural values, and wants to be part of Cardiff’s exciting future. He is also an excellent coach, so this brings about a perfect solution to a situation that was far from ideal.

“We look forward to welcoming Matt back in the summer and wish Worcester, whom we thank for their professionalism and integrity throughout the process, all the very best for the remainder of their season.”

Cardiff Blues director of rugby Dai Young said: “Securing the return of Matt is a great coup for Cardiff and I am excited about the impact he can have here.

“He is someone who comes highly recommended as a very good technical coach, who pays great attention to detail and is a good man, who will slot back in seamlessly.

“We have a lot of young and exciting potential across our squad, particularly in the backs, and I believe that Matt can bring the best out of them.”

Sherratt is a former teacher who began his career in rugby as a development officer for the Rugby Football Union and Worcester.

He spent four seasons as backs coach with Bristol before linking up with Cardiff Blues for his initial stint, during which he was also an assistant coach for Wales during their 2017 summer tour.

Sherratt added: “I thoroughly enjoyed my time at Cardiff previously and look back on it as some of my most successful and fondest times in the sport.

“There is an enormous amount of talent in the squad, with plenty of room for further improvement, and I know the majority of players and staff very well.

“I feel like I am returning a better coach, with the benefit of the further experiences gained at the Ospreys and Worcester.

Just to close off the Dwayne Peel saga, the long and short of it is that there’s no point forcing him to honour a contract if he doesn’t want to commit 110%.

Cardiff have done well to get good compensation, use some on a good coach in Matt Sherratt and pocket the rest.

“I have enormous respect for Dai and we have always got on well, so I am looking forward to working with him as we enter a new, exciting era.

“We share a similar outlook on the game and believe the current squad is capable of more.

“I would like to thank everyone at Worcester who understood my decision and have allowed it to happen.

“I remain entirely committed to the Warriors for the remainder of the season and I am determined to finish the campaign in positive fashion.”