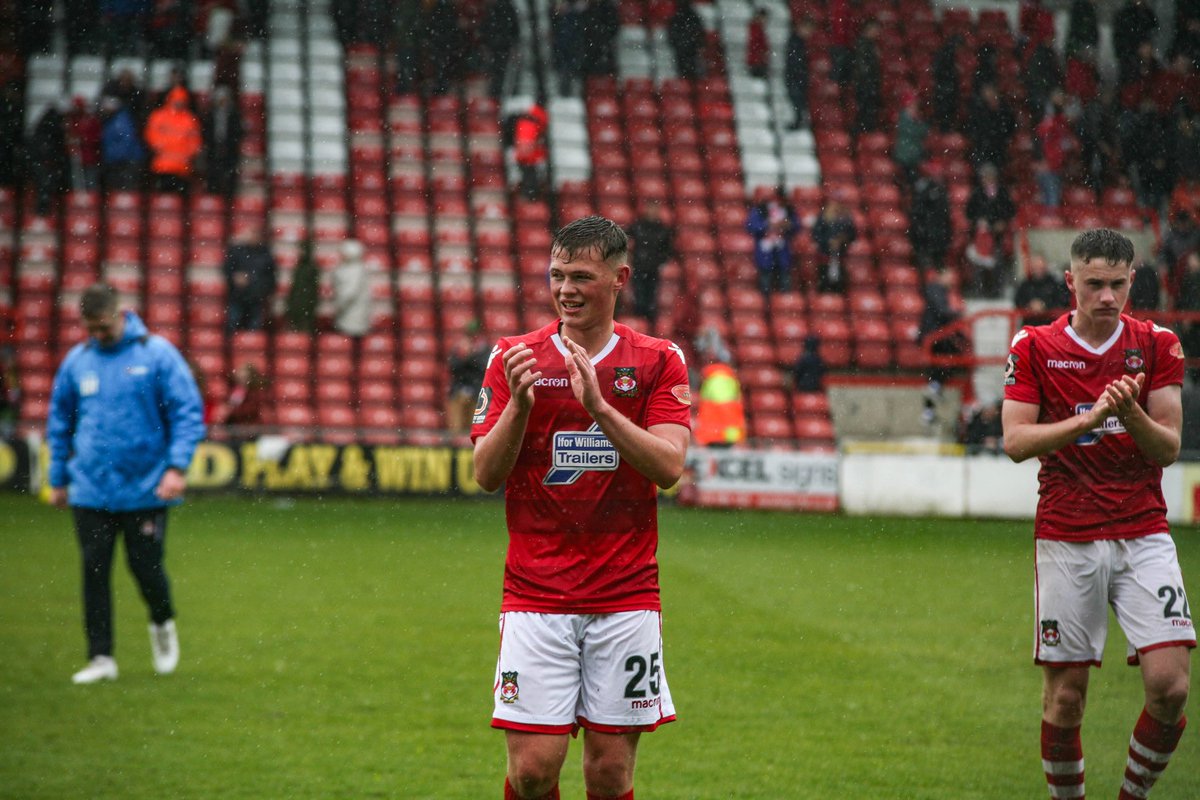 Eastleigh FC are worried about the X-factor added by Dragons when they travel to Wrexham for Thursday’s play-offs eliminator.

Hampshire club Eastleigh made it clear they preferred to play AFC Fylde and weren’t keen to face manager Bryan Hughes and his Wrexham Reds.

“Fylde was our preference,” said Eastleigh manager Ben Strevens, concerned that a 5,000-plus Racecourse attendance would lift the home team.

The passion and enthusiasm of Wrexham fans could be a major factor in the one-off eliminator and Strevens said: “I’ve always thought that Wrexham’s crowd would be really good.”

Football League outfit Wrexham are the second best supported side in the Vanarama National League behind leaders Leyton Orient with average crowds of more than 5,100 this season.

In contrast Fylde have only about a third of the Dragons’ pulling power with average gates of around 1,600.

Managers Hughes and Eastleigh’s Strevens both made big changes to their teams for Saturday’s final League fixture, a 2-1 win against Harrogate Town.

The two clubs were already guaranteed a place in the play-offs and rested key players.

“We have won four of our last five fixtures and that’s good form,” said Hughes. “But we won’t get carried away.

“It’s going to be tough on Thursday, a lottery. But we go in with confidence and will take the game to Eastleigh.

“Our plan is to go all the way to Wembley. That’s the aim.”

The winning team will travel to Salford City in the semi-finals on Sunday.

Jason Oswell and Nicky Deverdics scored their first goals of the season for a much-changed Wrexham side as they came from behind to beat Harrogate Town.

Mark Beck fired the visitors in front, but Oswell levelled and goalkeeper Christian Dibble saved Jack Muldoon’s penalty on the stroke of half-time.

Substitute Nicky Deverdics scored the winner, with the result lifting Wrexham into fourth place and a home play-off with Eastleigh on Thursday night.

Bryan Hughes handed a full debut to youth team captain Matty Sargent, while Dibble, Doug Tharme, Kemy Agustien and Anthony Spyrou were among the other players brought in.

Sargent, aged 17, impressed Hughes, who said: “Matty was magnificent on his debut. He did not look at all out of place.”

Sargent loved his debut and said: “I’m grateful to gaffer for trusting in me. I found out on Friday morning.

“The manager said ‘Not pressure, go and enjoy yourself.’

“My idea was to get on the ball as much as possible and keep it simple. The other lads helped me so much.”

If Harrogate had beaten Wrexham in the last League game the two clubs would have played each other in the play-offs.

But the Reds won, took fourth place and entertain Eastleigh this week.