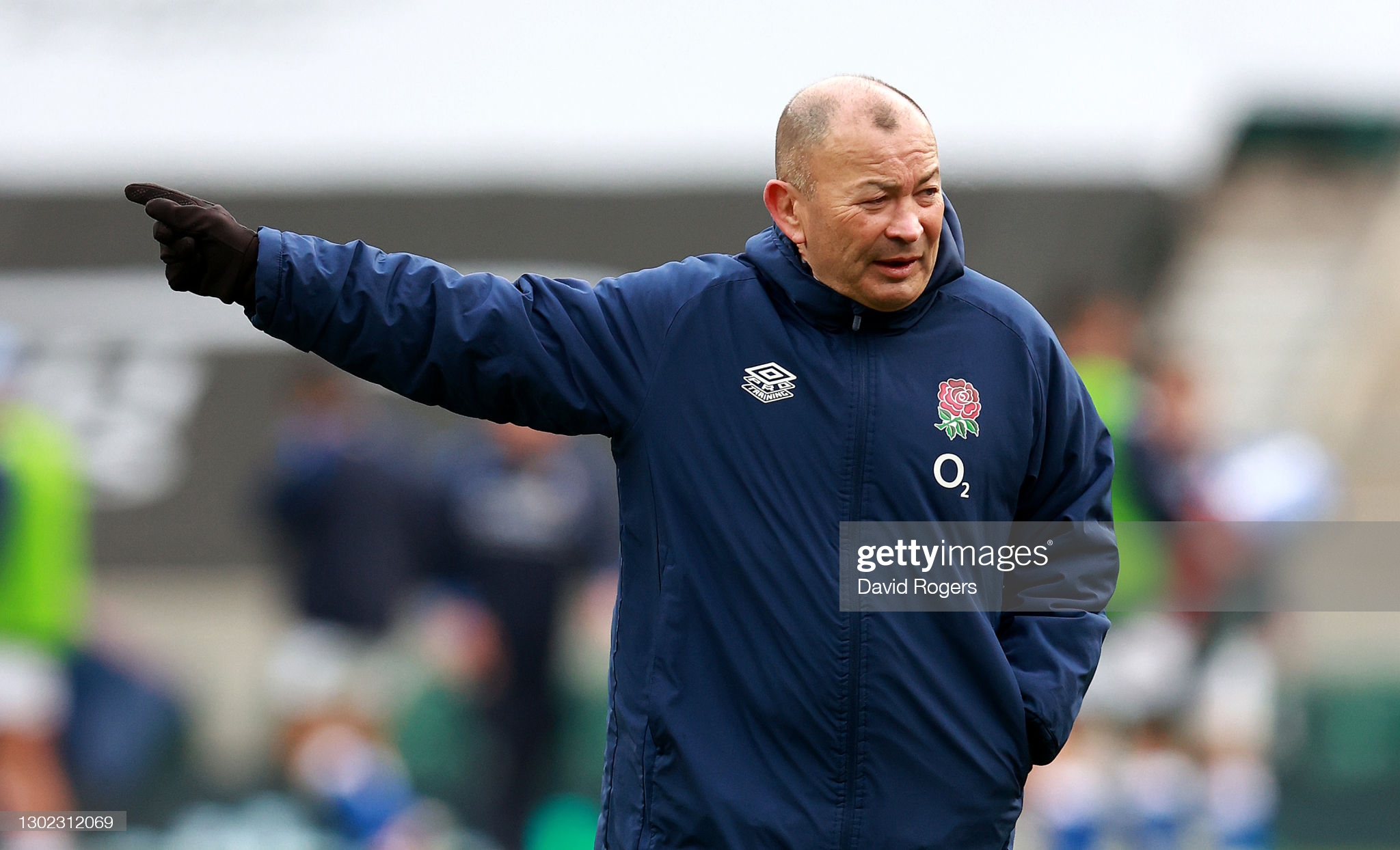 Eddie Jones has claimed Cardiff-bound England have lost their edge because they are playing without crowds.

The England coach will bring his team to a fanless Principality Stadium next week with a mission to try and deny Wales an unexpected Triple Crown.

But the Australian has admitted his team are not what they were because of the impact of playing in empty stadia. England lost at home to Scotland in a deserted Twickenham in the opening round of the Six Nations before recovering to beat Italy, but without ever hitting top gear.

Jones has promised England will improve again for their round-three appointment with Wales – who have beaten Ireland and Scotland – but in the meantime he has been examining a study into Austrian Bundesliga team Red Bull Salzburg showing the impact of playing behind closed doors.

The research demonstrates that a fifth fewer “emotional situations” take place when stadiums are empty of fans, meaning a reduction in on-field arguments and flashpoints.

Jones insists the trend is especially impactful on rugby and claimed: “Most teams are a bit up and down at the moment. The arousal level is the thing we are looking at most.

“Games are tending to be less aggressive generally in rugby and it has been the same in football.

“There is research that shows the arousal level has dropped and that the type of play and the type of behaviour has been less aggressive. In our sport that is a particularly important area.

“We have tried to investigate that. We don’t have any solutions at the moment but that is the thing we are looking at most.

“If I look at Liverpool, who are an aggressive team, they are really at their best when they are pressing hard and they attack hard and their whole crowd is aggressive.

“It is never as straightforward as one thing, but I think that is definitely an issue at the moment. We saw a bit of it in the autumn and are starting to see more now.”

Among the players to suffer amid England’s sluggish start to the Championship is Owen Farrell, the Saracens playmaker who is struggling to stamp his authority on games amid an ongoing decline in form.

Farrell’s place is not under threat, but Jones accepts his captain is off-key with the reasons for his slump hard to unravel.

“There have been very few players in our team who have been at their best. I think Owen isn’t one of those,” Jones said.

“He knows that and he’s working very hard to get his game back to the standard that he wants and we want. There’s no doubt he’ll get back there.

“He’s not at his best at the moment and we’re working really hard to make sure he gets to his best.”

One player who will not feature against Wales and play no further part in the Six Nations is Jack Willis, who is facing a lengthy spell in rehabilitation after suffering extensive knee damage when he was cleared out of a ruck by Italy on Saturday.

Willis’ leg buckled awkwardly when Sebastian Negri used the legal but contentious ‘crocodile roll’ technique to twist him out of the ruck.

“There’s no reason why he can’t come back bigger and better than he is now. These sorts of significant injuries, particularly when you get two of them, are a real test of your resilience, your mental resilience,” Jones said.

“He’s got a great example on our staff in Richard Hill, who had to have multiple knee operations and kept coming back better.”

2 thoughts on “Eddie Jones Admits England Have Lacked Bite, But Says It’s Due To Having No Fans”