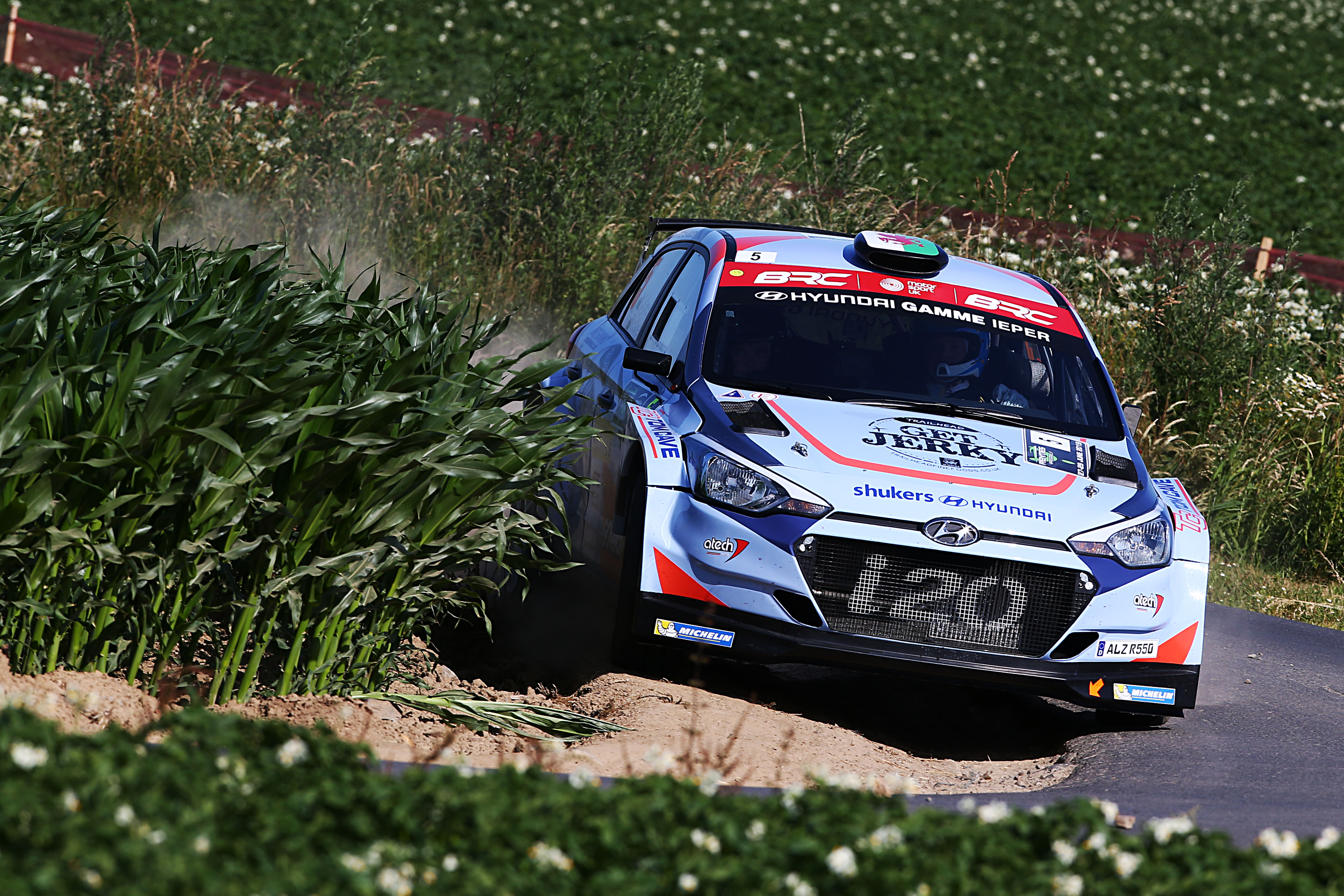 Tom Cave goes into this weekend’s Ulster Rally tied for the lead of the BRC with Matt Edwards.

The British Rally Championship resumes on Saturday when the Today’s Ulster Rally hosts the penultimate round of the closely fought series. The narrow, bumpy lanes of Northern Ireland have always played a crucial part in the BRC title race and 2019 will be no different, as Matt Edwards and Tom Cave head to Newry tied at the top of the standings on 68 points apiece.

Last year’s Ulster Rally winner and reigning British Champion Edwards will travel across the Irish Sea in high hopes after his recent BRC win on the Ypres Rally in Belgium. Along with Aberystwyth co-driver Patrick Walsh, the Colwyn Bay pilot will be looking to put his M-Sport Ford Fiesta R5 on the top step to back up their two wins to date so far this season.

Like Edwards, Cave is equally at home rallying on asphalt and gravel, and scored maximum BRC points on the lanes of West Cork earlier in the season. Together with Hirwaun navigator Dale Bowen, the Aberdyfi driver contests the Ulster Rally in his PCRS team prepared Hyundai i20 R5.

“It really is a case of who dares wins this weekend,” says Cave. “Both Matt and I are at the top of our game and we’ve been very evenly matched so far this year, so there’s no room for error and neither of us can afford to relax.

“We are in a great position to challenge for the win on Saturday, so Dale and I are extremely focused on what we need to do. Having finished runner up twice before in 2012 and 2016, I would really like to get the British title under my belt – not only for Dale, the team and I, but for Hyundai and all our sponsors – so rest assured, we’ll be giving it everything we’ve got.”

Meirion Evans will also contest the Ulster Rally in a Škoda Fabia R5, having driven a Hyundai i20 R5 on the previous rounds of both the BRC and Irish Tarmac Championship. The Lampeter driver was on top form when he made his debut in the car on the recent Down Rally, and together with co-driver Jonathan Jackson has the skill and ability to challenge for an overall win.

Andy Davies will also travel from west Wales to contest the event in his Subaru Impreza N12B. Accompanied by Michael Gilbey, Davies is in contention for this year’s Irish Tarmac Group N title.

In the Junior BRC category, James Williams dominated the previous round to take his first class win of the season in his Ford Fiesta R2T. Despite not scoring on two rounds, the Newcastle Emlyn youngster sits third in the standings and, together with co-driver Tom Woodburn, is ready to take the fight to the locals this weekend.

The Ulster Rally takes place on Saturday, with nine stages held on closed narrow and bumpy lanes of Northern Ireland. The start (08.15) and finish (18.00) is in Newry.