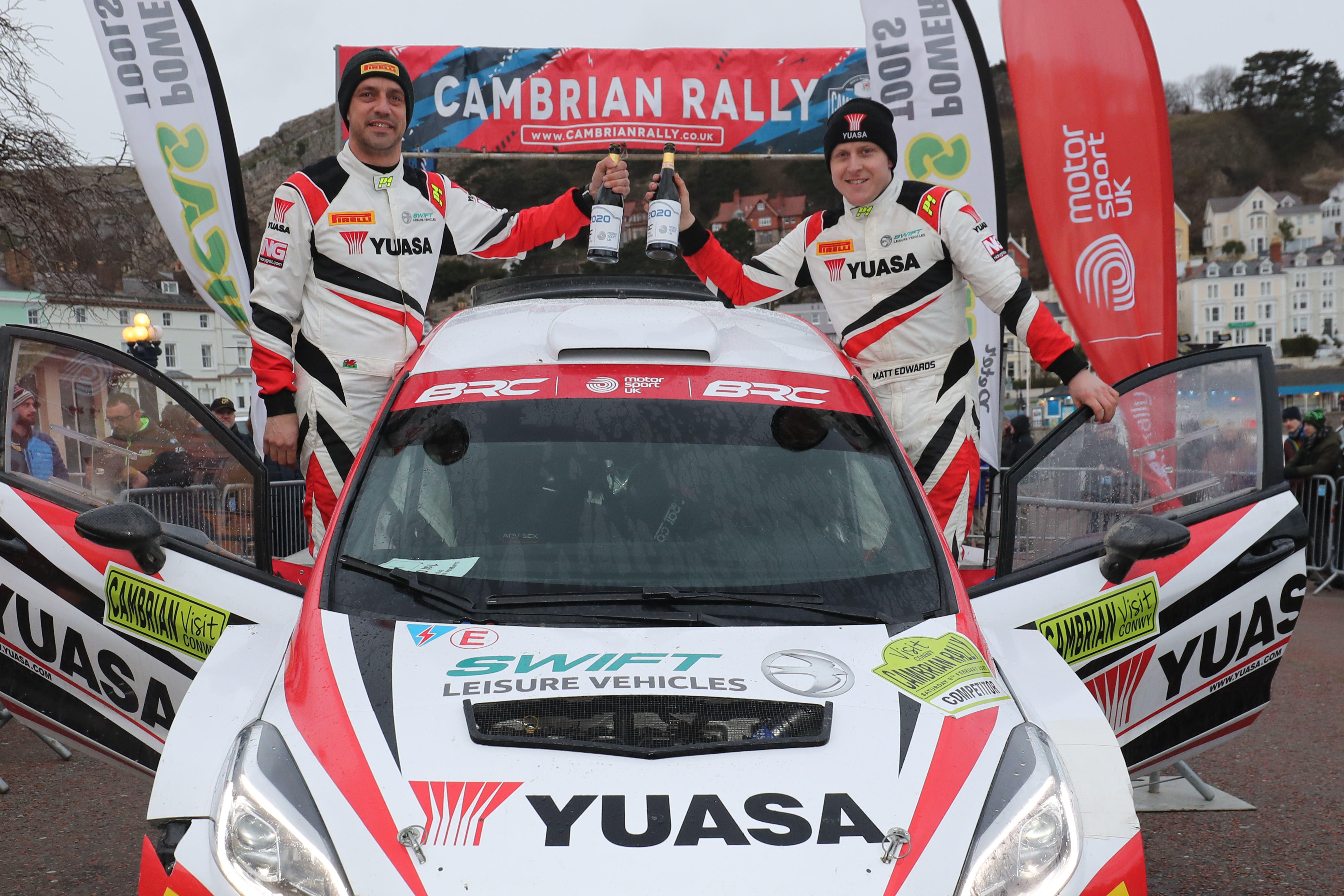 Matt Edwards got the defence of his British Rally Championship title off to the perfect start with victory on the opening round of the 2020 series, his local Llandudno-based Visit Conwy Cambrian Rally.

Despite stalling on the start line of the first stage – a mistake which saw Edwards complete SS1 down in fourth place – the double British champion was thereafter a man on a mission, setting quickest time on five of the remaining six stages.

Co-driven by Darren Garrod from nearby Abersoch, Edwards looked like he’d have a close battle on his hands with Tom Cave and Osian Pryce, who were both driving Hyundai i20 R5s.

However, when Cave lost over three minutes after drifting slightly wide and hitting a huge rock in the quarry section of Penmachno forest and damaging a rear wheel, Edwards was able to stretch his legs in his M-Sport Ford Fiesta R5 Mk2 to win by 38.4 seconds.

Pryce, together with new co-driver Noel O’Sullivan – and making a return to the BRC after a two and a half year absence – drove brilliantly on his first gravel event in a Melvyn Evans Motorsport-ran Hyundai i20 R5 to finish second, while Rhys Yates/James Morgan were third in another Fiesta R5.

“You spend all Christmas waiting for the new season, and once you get into it, it’s like an out of body experience,” said Edwards. “Massive credit to M-Sport who have worked so hard to get the car right for this event, it felt so comfortable and felt so right. It’s great to have Darren back and the support has been brilliant all through the route with people waving and cheering me on. It was a great rally and the stages are just something else to drive and when it is all hooked-up, it is such an amazing feeling, it’s a perfect start to the season.”

In his first event in a four-wheel drive car, James Williams finished fifth in a HT Installations-backed Proton Iriz R5, despite losing a large amount of time stuck behind another competitor for 10 miles. Co-driven by Dai Roberts, the 21-year old Newcastle Emlyn driver showed great maturity and skill in the new car to work his way from eighth after SS1 in what was a truly excellent performance.

Cave recovered in the later part of the event to finish ninth, collecting valuable sixth place BRC points, as not all who finished ahead of him are registered for the series.