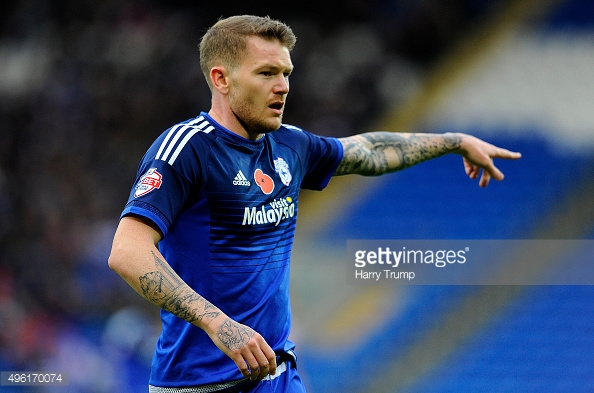 Aron Gunnarsson has committed to playing Premier League football for Cardiff City in 2018-19.

‘Gunnar’ has been on duty with Iceland during the World Cup finals in Russia, but he has verbally agreed a new contract with the Bluebirds.

“Aron wants to repay the club and Vincent Tan for the support he’s had here over the past seven years,”

“He wants to help us try and stay in the Premier League think that’s great.

“We had a chat six weeks ago, ahead of the World Cup, and he told me he wanted to stay. We are looking forward to him coming back in to the group.”

The Bluebirds squad have been back in training this week at their Vale of Glamorgan headquarters, although Gunnarsson has been given extra time off because of the World Cup.

Ralls, Paterson and Morrison have all committed their futures to City until the summer of 2022, while Mendez-Laing has a new three-year contract.

Warnock, talking to Cardiff City TV, says: “We’ve worked really hard this week to get a number of the lads’ contracts tied down ahead of the new season.

“I’m delighted we’ve been able to do this and I thank Tan Sri Vincent, Mehmet Dalman and Ken Choo for their support throughout the summer as well. We’ve done brilliantly.”

“We have been keen to reward the huge effort that the squad put in last season, while it’s also fantastic for the club to secure the futures of several key players here at Cardiff City.”

Three of Cardiff City’s home Premier League matches in August and September have been selected for live broadcast on Sky, resulting in the following amendments to dates and kick-off times.

Cardiff City’s opening home match of the 201819 Premier League campaign against Newcastle United – originally scheduled for 3pm on Saturday, August 18 will now kick-off at the earlier time of 12.30pm.

The Bluebirds begin the second month of the season with a home clash against Arsenal. The match at CCS will take place a day later than originally planned – at 1.30pm on Sunday, September 2.

Warnock’s men then see out the month by hosting Burnley in the Welsh capital. This fixture has also been moved back one day, now taking place at 4pm on Sunday, September 30.

All three Premier League contests at CCS will be broadcast live on Sky Sports.