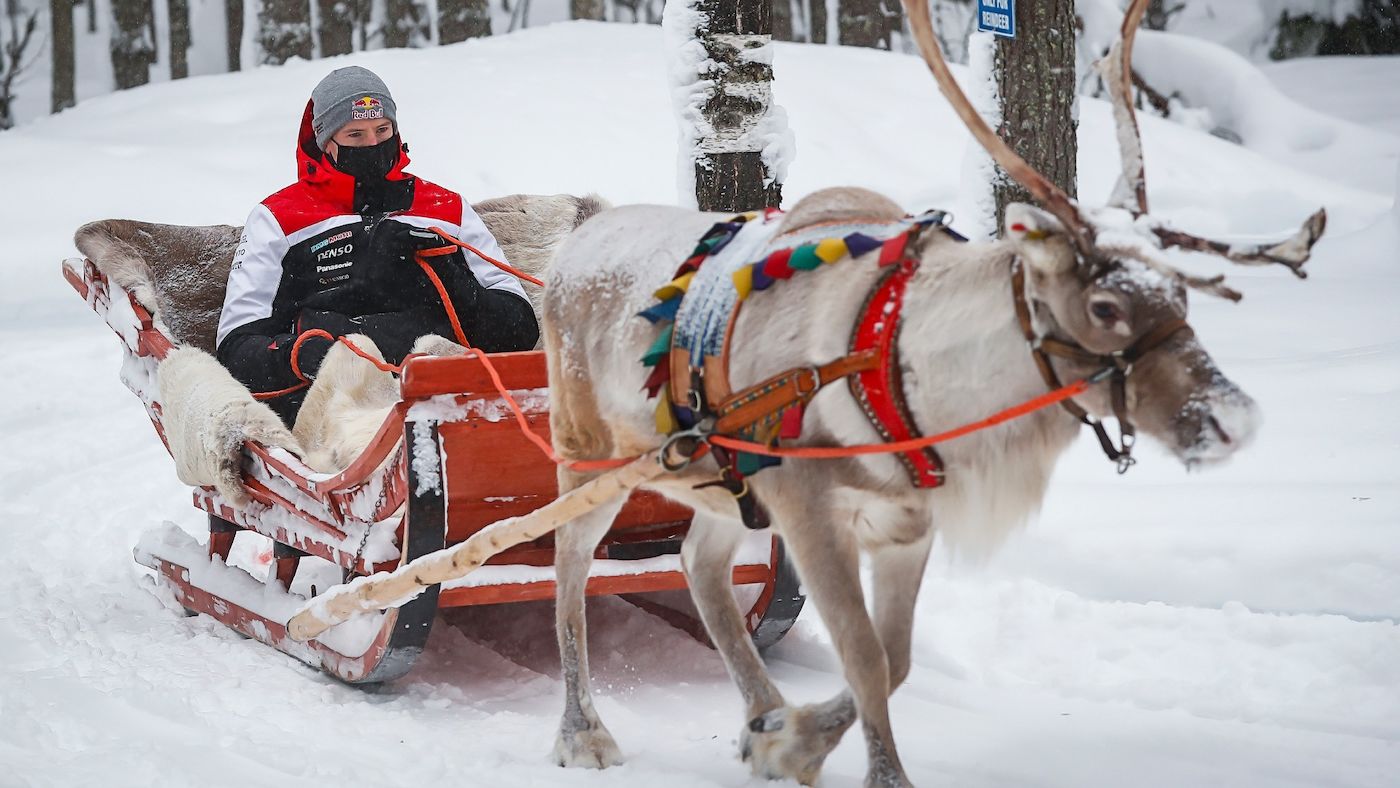 Elfyn Evans swapped one mode of transport for another to lie fifth after the opening day of Arctic Rally Finland.

Elfyn Evans was fifth after the opening day of the Arctic Rally Finland on Friday.

The Dolgellau-born racer was around 16 seconds slower on each off the two passes of the Sarriojärvi test – the second completed in darkness – to trail  by 32 secs as Estonia’s former world champ Ott Tanak dominated the first day.

But Evans is 14.8 secs ahead of Toyota Gazoo Racing team-mate and reigning world champ Sebastien Ogier who is back in ninth spot.

Wales’ rally ace is second in the Championship standings, nine points behind  the Frenchman having finished second to Ogier in

Evans triumphed in last year’s snow event in Sweden and would love to repeat the fear in Finland which has replaced the Swedish round on the calendar due to COVID-19.

“Not easy, especially towards the end with a lot of loose snow. It was often quite difficult to get the car turned in, but we tried.” said Evans who was second on the road behind Ogier.

The young Finn was 16 secs down but would have been closer but for dropping 10 secs on the first stage after getting stuck in a snow bank.

Saturday’s action will feature six special stages before the climax on Sunday.