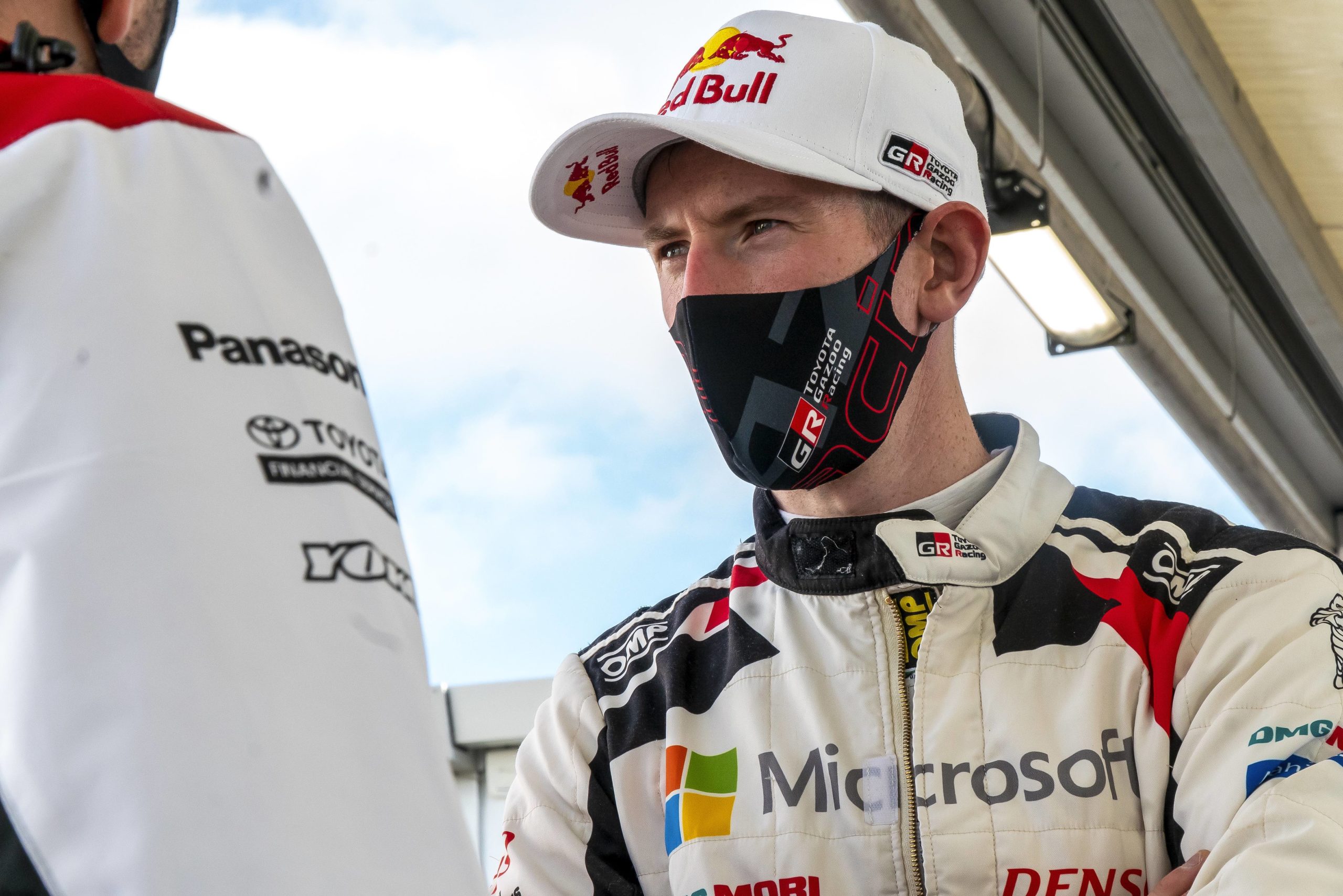 Elfyn Evans may have to roll the dice if he wants to get his World Rally Championship campaign off to a winning start in Monte Carlo.

Evans saw his lead overturned on the opening of Saturday’s three stages when he admitted he was too cautious.

But after the duo both struggled on the penultimate speed test Evans responded by winning the final stage to cut 1.3 secs from his deficit to the Frenchman.

“I needed that really,” said the 32-year-old after the final stage of the day. “It’s been a frustrating day, just not really being on the money.

“I didn’t start off too well in the first stage this morning. Once I got my rhythm the time was not so bad, but Seb was obviously very strong.

We're very happy to have our crews holding onto the top three positions as they drive to Monaco for the final day. But this rally is never over until it's over! 💪#ToyotaGAZOORacing #PushingTheLimitsForBetter #YarisWRC #WRC #RallyeMonteCarlo pic.twitter.com/r15axGsRJ9

“In the second stage it seemed to polish a lot and as later runners we seemed to have a lot less grip. Still, our time was quite close to Seb’s, although we had a small stall at a hairpin which cost us a handful of seconds.

“The last stage was difficult because the gravel notes were telling you it’s much worse than what you were seeing on the road. I tried to stay clean and out of trouble and it seemed OK.

“There was more to get out of it today and I wasn’t brave enough really, but of course it’s about finding a balance in these conditions. We’ll keep the pressure on tomorrow.”

Seven-time Monte winner Ogier used his knowledge of the local roads to blast his way to the fastest time on La Bréole – Selonnet 1 on Saturday morning.

That allowed the seven-time world champ to wipe out his 7.4secs overnight deficit and open up a lead of just over 1o seconds.

Ogier increased that to 14.3 secs despite, like Evans, finishing more than 40 secs slower than stage winner Sebastien Ogier as the icy, snowy conditions got even tougher on the stage.

But Evans responded in style with that fastest time on the final stage to remain within sight of a first ever victory on one of the world’s most famous rallies.

Toyota are dominating the event with Finland’s Kalle Rovaperra third, but he is 56.8 secs adrift of Ogier and looking for third spot at best.

There will be no service and the second run through the latter forms the bonus points-paying Wolf Power Stage.