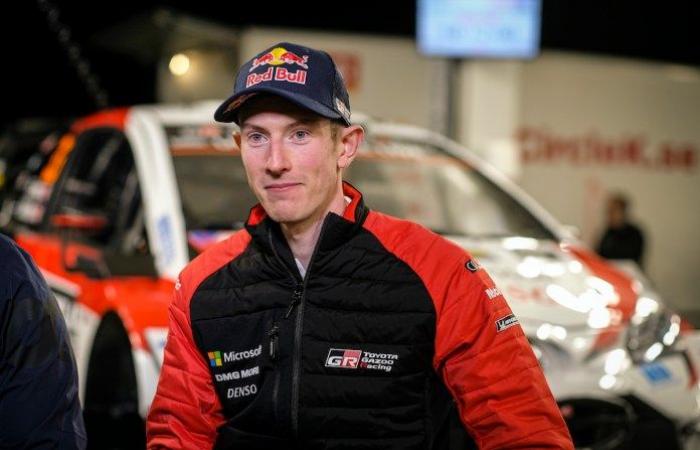 Elfyn Evans is right in the hunt for victory on Rally Portugal after a dramatic finish to the opening day.

Evans initially dropped from fourth to sixth after the penultimate stage (SS7) after being caught behind a struggling Thierry Neuville.

#WRC ⚠️ UPDATE car #11: after trying to repair the car on the road section following the accident on SS7 @thierryneuville & @MWydaeghe are forced to retire for the day at @rallydeportugal. The team will recover the car and bring it back to service. #HMSGOfficial

But after being given a notional time for the stage Evans moved up to second where he stayed after the final stage as he looks for his first win of the season.

Belgium driver Neuville made a dramatic mistake on the Mortágua stage that broke the transmission and suspension on the rear-right of his Hyundai car.

Neuville, who was lying second, managed to get his i20 Coupe WRC to the end of the stage but held Evans up in the process – and was then forced to retire from the rally.

Evans had lost 37.3 seconds to his Toyota team-mate and the stage winner Sébastien Ogier, and dropped down the order as a result.

But a decision from the Rally Portugal clerk of the course to give him the same time as the Frenchman – having reviewed the TV footage and the split times – catapulted him up to second place in the rally.

Evans is three seconds ahead of third place Dani Sordo who dominated the early stages before struggling with his tyres on his Hyundai.

Ogier, who snatched victory on the last rally on the final stage by 0.6 secs from Evans, is 18 secs further back in fifth.