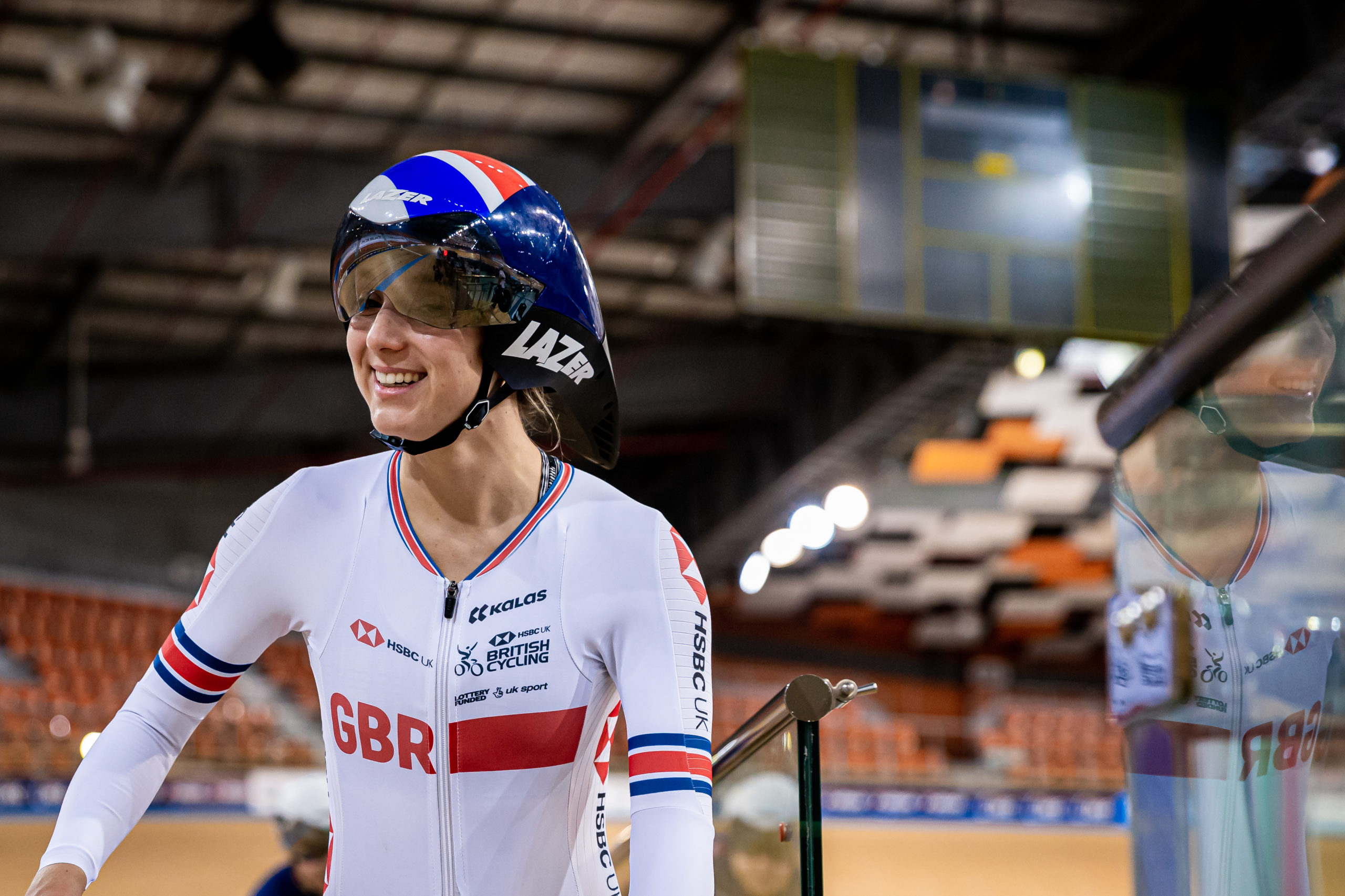 Elinor Barker will bid to add to her gold medal collection on Thursday after reaching team pursuit final. Pic: Whitehead/SWpix.com -

The 26-year-old joined forces with Josie Knight, Laura Kenny and Katie Archibald as they caught Spain early in the 4km race.

Britain will face Italy in the battle for gold in Plovdiv on Friday after the rival quartet caught Ukraine who messed up their start seeing two riders dropped.

Barker’s British team – with Neah Evans racing instead of Knight – had qualified earlier with the fastest time and will be clear favourites for the gold medal.

The 26-year-old already has six golds and two silvers from previous Europeans including four golds in the team pursuit where she also helped Britain win the Olympic title in 2016.

Barker will try and help Britain retain the gold medal in Tokyo next summer and these Europeans could be one of their final events given the COVID-19 situation.

“Because we don’t really know what’s going to happen between now and Tokyo we’re almost treating this as if it’s the only race we might have because it might well be,” said Barker.

“We’re really hoping that it’s not, but it could be so we’re going to go out and give it our all but also try to learn as much as we possibly can from the experience because it might be the only race we get.”

Barker will also join forces with Kenny for the madison on Sunday where she also won gold in 2017.

She added: “I’m particularly excited for the madison because while we haven’t been able to race we have managed to change our training a little bit to replicate racing as much as we possibly can.

“We’ve had some really fun sessions in the last few weeks so I’m really looking forward to Sunday.”