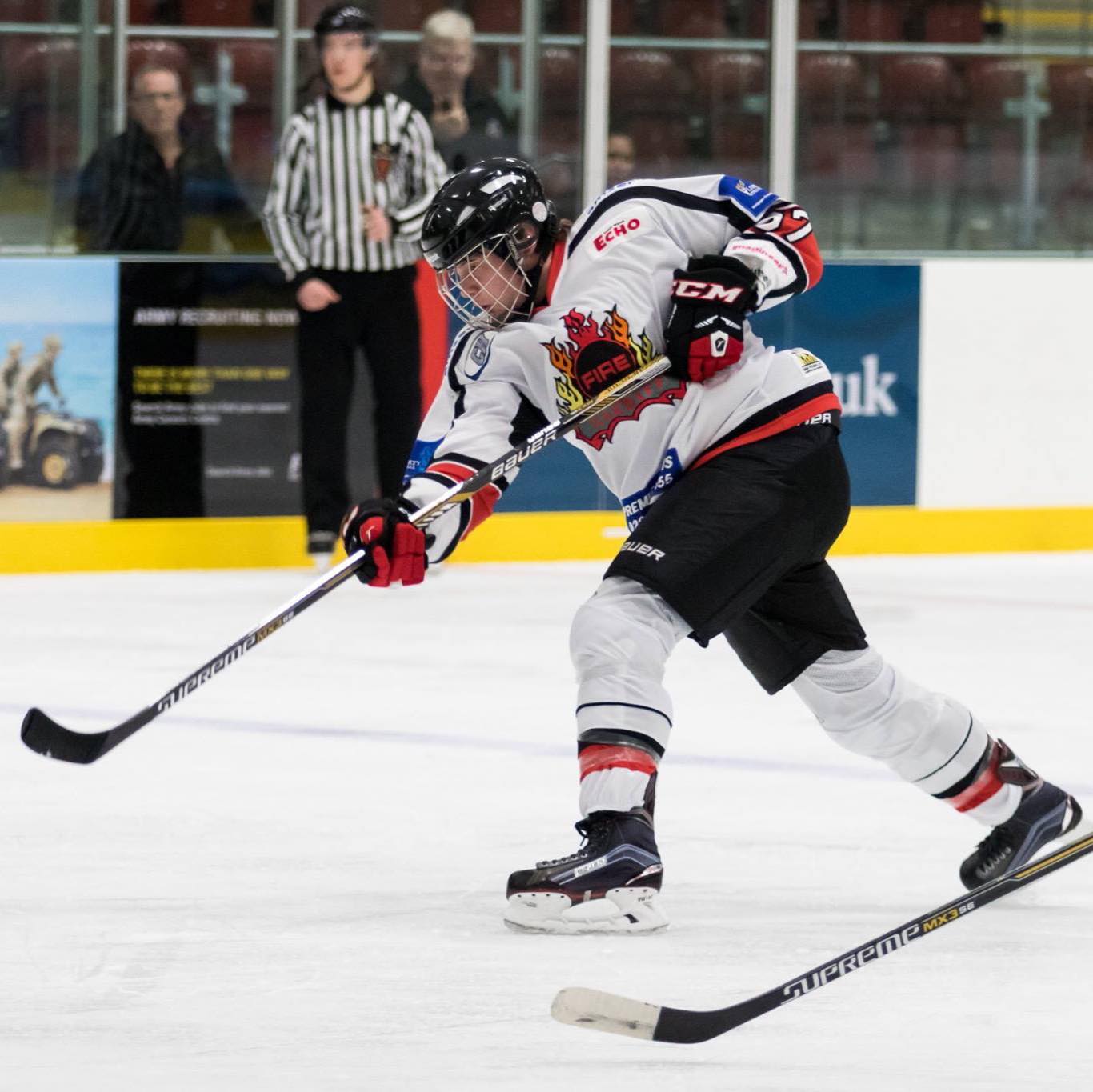 Cardiff Fire, who will play in National Ice Hockey League South One this season, have announced their first signing.

Elis Sheppard returns for a fifth year with Fire, having won players player and coaches player of the season awards last time out.

He joined Cardiff Fire from Slough in the club’s first year and his game has continued to grow each season. Sheppard has played 101 games for Fire, scoring 10 goals with 20 assists.

“Elis is a huge player for us,” says Fire coach Mark Cuddihy. “He has developed a ton over the last four years and this summer looks to have gained more strength and fitness, as he does every summer.

“He is only 22-years-old, but is an extremely mature player and person. He works hard on and off the ice to develop his game.

“Elis gets better with each senior season and I know he’s going to improve again. He already looks sharp and you can see how much work he has put in this summer already.

“He is going to have a big role on the team this season!”

For clubs in NIHL South 1 (Britton) the top eight teams from their league season will compete in two-legged quarter-finals over the weekend of April 4/5 with the respective winners meeting in the first South One finals weekend on April 11/12.

The teams in NIHL South 2 (Wilkinson) will send their top eight to playoffs with a format similar to South One. There will be two-legged quarter-finals over March 28/29 with the winners taking their place in South Two finals weekend on April 4/5.

The management of the Cardiff Fire are delighted to announce that Premier taxis have agreed to be title sponsors for a fifth consecutive season.

Premier Cars are one of the biggest taxi firms in South Wales with a fleet of over 275 drivers. Premier operate in Cardiff City centre and beyond.