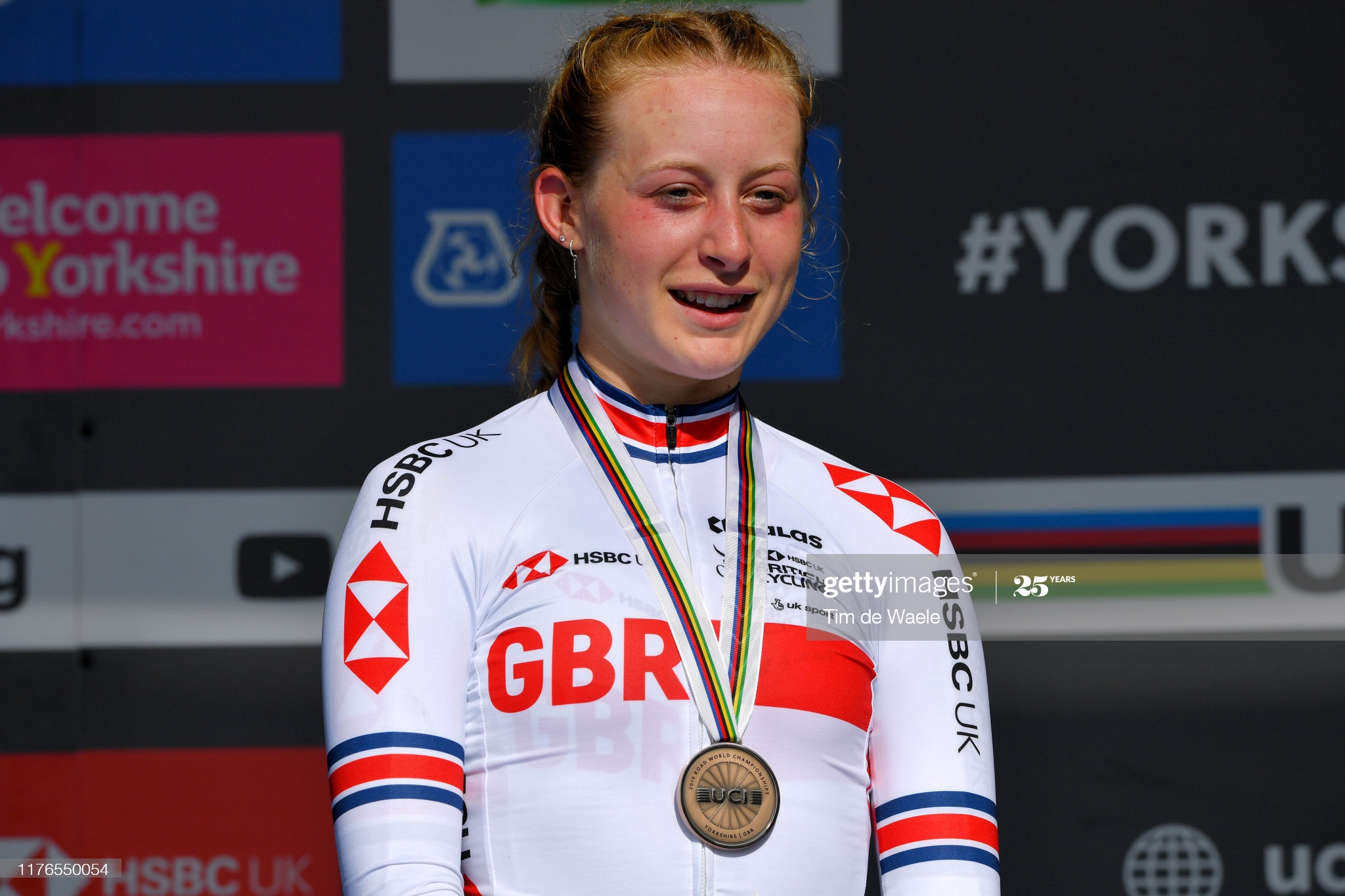 Elynor Backstedt is slowly getting back on her bike after being sidelined since May with a spiral fracture after an accident while out mountain biking with her Dad.

The 18-year-old Welsh cycling prospect spent five months in a full leg cast followed by an orthopaedic boot after a crash put the break on her career.

Now the Pontyclun-born rider is hoping to make her comeback in the spring classics and potentially at the inaugural women’s Paris-Roubaix.

“It was a big, big, big break and it took a long time to even get the cast off,” Backstedt, who also spent the period catching up on Netflix, told cyclingnews.com.

“I was in the cast up to mid-thigh from May through July, and then I got a boot to wear through September. They needed to stabilise everything enough until they thought it would be OK to bend my leg.

We are sad to report that @EBackstedt6 crashed earlier today and suffered a spiral fracture of the tibia. Elynor is expected to undergo surgery tonight. We will update with more information when possible.

We’re all hoping for her quick recovery. pic.twitter.com/s5OeYtwqZ3

“It took a long time to heal. It was a spiral fracture of the tibia, and I have done this before on the same leg, so there is a little bit of a weakness there.

“The only way I can describe it is that it goes all the way around the bone, rather than a clean snap, that runs from above my ankle up to the middle of my shin.”

Backstedt was out riding with Dad Magnus – a former pro rider who won the world-famous Paris-Roubaix one-day race in 2004 – suffered the crash on a steep forest trail near the family home.

After being taken to Royal Glamorgan Hospital for X-rays which confirmed the fracture it was decided not to operate but treat the injury with the cast and leg boot.

“There was talk of pinning it but because of the type of break, they would have had to run a pole down my shin, starting at the knee and then through the heel,” added Backstedt.

“I would then need to have it removed, which could cause knee problems. Because of my age, they were hoping it would just heal back to normal.

“I am now out of the boot and I am able to ride a little bit. I’m about 98 per cent recovered.

“I still have a limp when I walk, clipping in and out of the pedals is painful, and there are a few things that are not back to normal.

“Pain-wise, I would say that I’m almost back to normal, but not able to train anywhere near as much as I could. That’s OK because you’ve got to start somewhere.

“It will be slow and we want to make sure everything is as strong as possible.

“I’m young so we don’t need to rush things and have further problems in the future. It’s all about building strength back each day and slowly building back to full fitness.”

Backstedt was in the first year of a two-year contract with World Tour team Trek-Segafredo when the accident happened though racing had already been put on hold by COVID-19.

Now Backstedt – who is based in Belgium – is hoping to return in time for the spring Classics including the inaugural women’s Paris-Roubaix in April.

“It’s frustrating that I didn’t get to race this year but I’m only 18 and I have a long career ahead of me,” added Backstedt, whose younger sister Zoe is also a Welsh cycling prospect.

“It’s (Paris-Roubaix) been a race that I’ve wanted to happen for so long, and I’ve always hoped that I could one day ride that race,” Backstedt said.

“It’s a step forward in equality in our sport. It will become the biggest one-day race of the year, and I’m sure I will be able to race it at some point. I would like to race it next year, but it’s only months away.”

“My parents are both so excited that a women’s Paris-Roubaix is actually happening.

“My dad didn’t have any words – he was just so happy. He was quite emotional that my sister [Zoë Backstedt] and I can one day race in the race that he loves so much.

“Maybe one day he will be either commentating on us riding it or watching us riding it. He was so happy that it’s happening.”