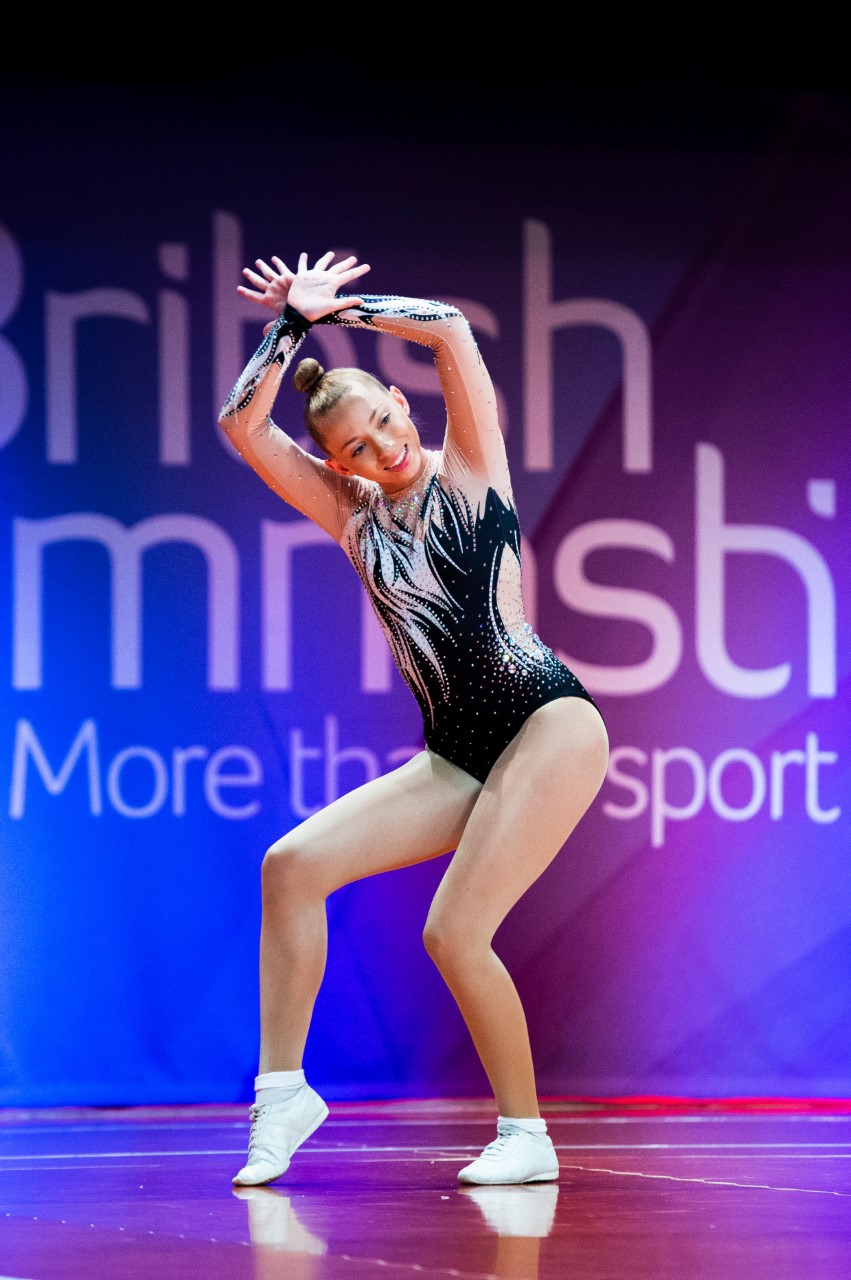 Mia Bernardo has made the GB squad. Pic: Welsh Gymnastics

Aberdare duo Emily James and Mia Bernardo have been selected to represent Great Britain at this year’s Aerobic European Championships in Italy in September.

In their first year in the senior ranks, 17-year-old James – who trains between Bulmershe GC in Reading and Phoenix DGC in Aberdare – and Bernardo, 18, from Phoenix, will become the first Welsh aerobic gymnasts to go to a European Championships since former senior women’s British champion Kayleigh Silver eight years ago.

This year’s Europeans will be Pesaro, Italy, in September from September 17-19.

Their selection comes after a successful final trial in Weston-super-Mare last weekend, the second of two trials with the first one held remotely in Reading last month.

“I am over the moon that we hit the benchmark and qualified last weekend; to be selected to compete at this level for Great Britain is an honour,” said James.

“I am excited and also a bit nervous as it is my first year in the senior category. It has been a strange selection process, with one virtual competition, but it was great to be back in front of the judges at Weston for the second selection. It felt more normal.

“It’s great to be part of a group as you all know exactly what the other person is going through so we all have that support.

“I have never competed at a Europeans so it’s all very exciting. I am also very proud to be a Welsh aerobic gymnast in the group. I have had a lot of support from all my coaches and Welsh Gymnastics.”

In 2018, aged 14, she was part of a British 15-17yrs group who qualified for the final at the World Age Group Championships in Portugal.

Bernardo competed at numerous Welsh and British Championships as a junior having started competing at the age of eight.

In 2018, following a two-year break from the sport, she won Welsh Championship bronze at National Aerobic Code (NAC) level before moving up to FIG level a year later in order to compete internationally.

She said: “I’m extremely proud of myself for being selected to go. I feel very excited, but a little nervous, as it will be my first Europeans. I feel very privileged to be competing for my country and representing the Welsh nation.

“I would like to say thank you to my coaches Laura and Emma and also the coaches at Bulmershe, Kerry and Holly, as I would never have been able to achieve all this without their support.

“And a huge thank you to Welsh Gymnastics as they have supported me throughout the process.”