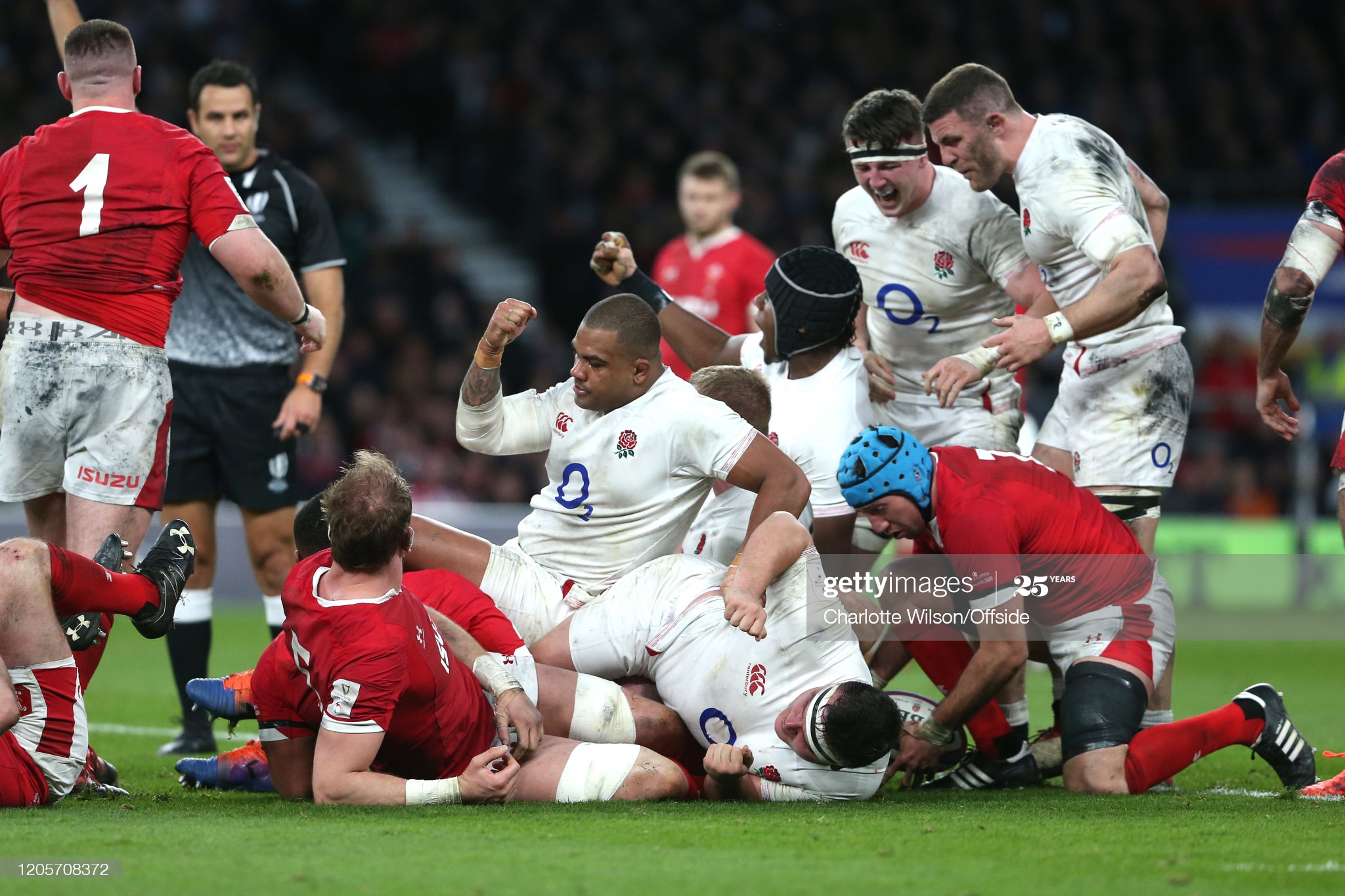 Kyle Sinckler of England celebrates being awarded a penalty during the 2020 Guinness Six Nations match between England and Wales at Twickenham. Pic: Getty Images.

Kyle Sinckler has sent a warning to Wales that England have “plenty left in the tank” for their visit to Parc Y Scarlets this weekend.

The age-old enemies clash in unfamiliar circumstances – without fans and in Llanelli – in the next round of the new Autumn Nations Cup on Saturday.

But for England prop Sinckler there is comfort to be found in England’s current record of six successive victories in which the Bristol forward says Eddie Jones’ side have only hinted at their true potential, even in beating Ireland last week.

“Each week you just have to adjust and adapt. That’s what Test match rugby is about, adapting to what’s been thrown at you,” he said.

“Everyone’s got a plan but in the heat of battle everything can change in a second. We adapted really well against Ireland.

“The pleasing thing is we know we’re not even scratching the surface. We’ve so much left in the tank.”

Sinckler was a heavyweight contributor to one of the great defensive displays in red rose history when Ireland were flattened 18-7 at Twickenham on Saturday.

Twenty tackles including one dominant hit, combined with an imposing shift at the scrum, built on the foundations laid against Italy three weeks earlier and a solid appearance as a replacement in the clash with Georgia.

The 27-year-old Lions prop hopes it signals a turnaround, having found the previous six months a challenge following his move from boyhood club Harlequins to Bristol.

“If I am being honest with myself, I haven’t been at my best. I’d probably say I’ve been functioning at 20 per cent of my best at Bristol,” Sinckler said.

“It’s probably been hard for me more off the field and I think in the future I’ll reap the benefits of what I’ve done.

“Before I never really understood, when players sign and they move to clubs, why they’ve not hit form.

“I’ve obviously been in Bristol and basically we’ve been on our own little lockdown anyway because you can’t go out – if you get coronavirus and bring it back to the team that’s not going to be good.

“It’s just been a big change and I think I appreciate everyone there that’s been massively patient with me and I’m just excited to get back some form.

More Heat! 🔥 The first episode of my podcast #PearlConversations with @KyleSinckler is now live! Click here to listen https://t.co/gMi677c7nJ 🎧 pic.twitter.com/qBDDgDFC6e

“And then when I get back to Bristol, whenever that may be, I want to try and do the fans proud.

“But it’s been a great lesson for me in terms of patience. Obviously at Bristol I want to get the ball and do my thing, but it’s a whole different system. I have to be patient.

“I’ve started from when I was at Quins and I’ve been there since I was 12 years old with a lot of credit in the bank.

“I’ve gone to Bristol and it’s like starting again from zero, and I can only give thanks to Pat Lam and the coaches that have massively helped me.”

Before beating Georgia last weekend, Wales had not won since their 2020 Six Nations opener against Italy in February and the pressure had grown on head coach Wayne Pivac.

He described the victory as “a step in the right direction”, but England’s trip to Llanelli on Saturday will provide a far greater measure of how far Wales have travelled – a point acknowledged by Wales centre Nick Tompkins.

“It would be silly to say we don’t have to rise, we know what’s coming,” Tompkins said.

“It’s nice to win against this Georgian side, but we need to challenge ourselves to up it again to the next tier – that’s a no-brainer.

“You look at this England side and we’re desperate to put in a good performance and keep this good vibe going. That’s what we need as a team, we know we’ve got it in there.”