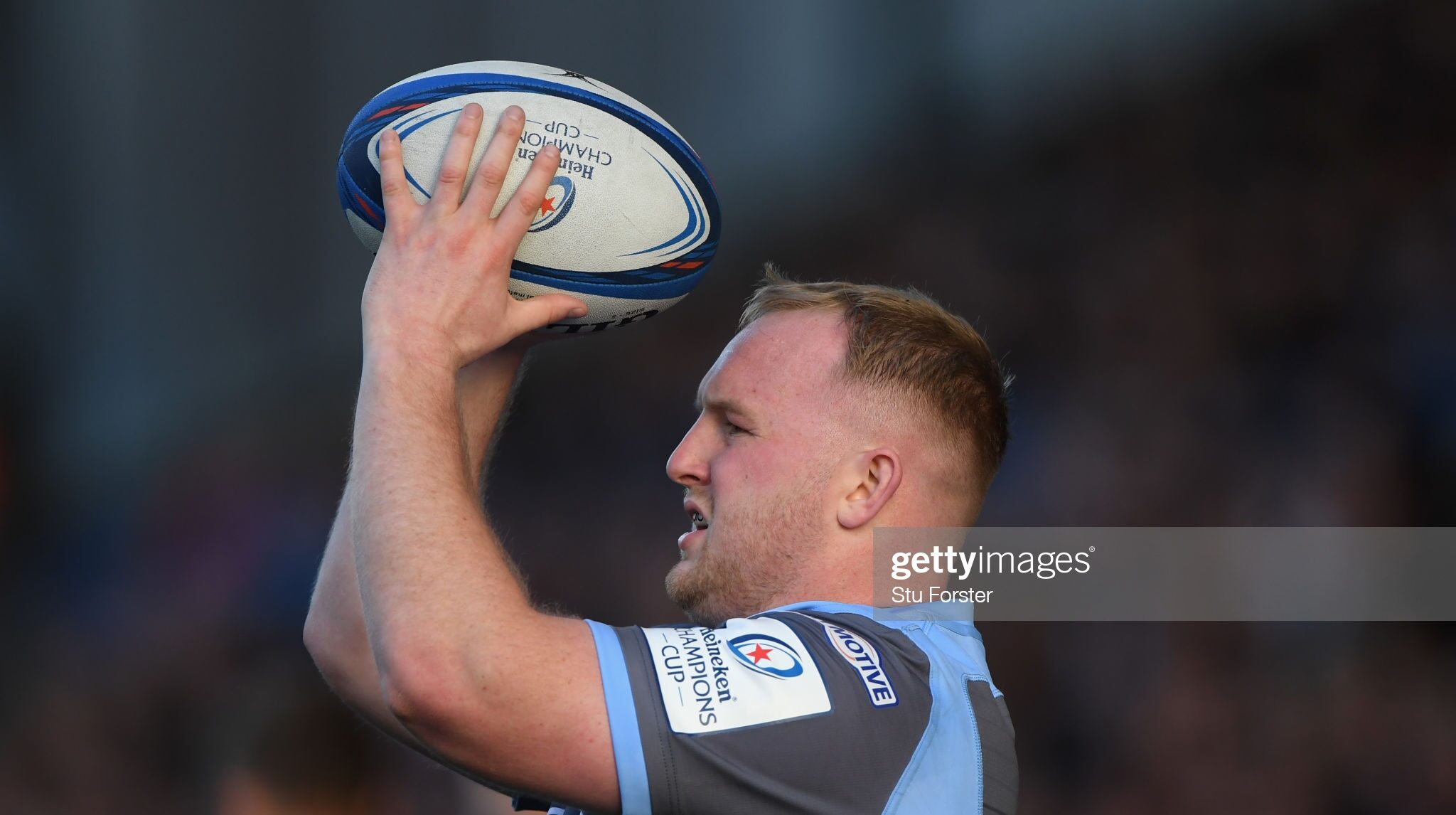 Last March Ethan Lewis found himself surplus to requirements at Cardiff Rugby with his future as a professional rugby player in doubt.

But fortune favours the brave and after a successful loan spell at Saracens the 27-year-old hooker finds himself as a key cog in the English club’s shot at redemption.

Having starred for Wales at under 20s level the Treorchy product didn’t get the opportunities he deserved in the Welsh capital, but he is relishing his second opportunity at Saracens.

“It was frustrating but there’s not much I can do about that now,” he said.

“The selections were out of my hands and I’m just grateful that Sarries have given me this opportunity and I want to show them what I can do.

“I was out of contract at Cardiff, and they weren’t going to renew me.

“The opportunity came to go on loan to Saracens in March, so I came up here and managed to get a two-year contract out of it.

“My personal targets is just to be involved in the 23 as much as possible. There’s some great competition up here.

“Even when Jamie is away with England, we’ve got a lot of very good hookers at this club, so the competition is very intense. My strongest point is my ball carrying.

“I just like to get my hands on the ball, fly into people and see what happens.”

Lewis’ move to Saracens will allow him to experience the Gallagher Premiership, while he is also relishing working with the likes of Mako Vunipola, Vincent Koch, Maro Itoje, and Jamie George.

He also insists the nature of Saracens’ training regime brings the best out of players.

He said: “It’s quite intense in training.

“They are big on working hard for your teammates and doing the unseen stuff. It’s great to work with the likes of Jamie, Mako Vunipola and Vincent Koch.

“I’ve tried to be a sponge in this environment, and I’ve already learnt a lot from them. We want to push for a top four spot and see where we go from there.

“We are in the mindset of because we’ve won it so many times, they don’t see why they can’t win it again. The boys are really motivated to win it this year.”

Lewis is fully focused on Saracens but admits it would be a dream to play for Wales.

He said: “Everyone’s aspirations growing up is to play for their country.

“It’s always going to be a dream of mine to do that and play for Wales.

“You’ve just got to take it step by step goal by goal and the only thing I’m thinking of at the moment is getting into the Saracens 23.”