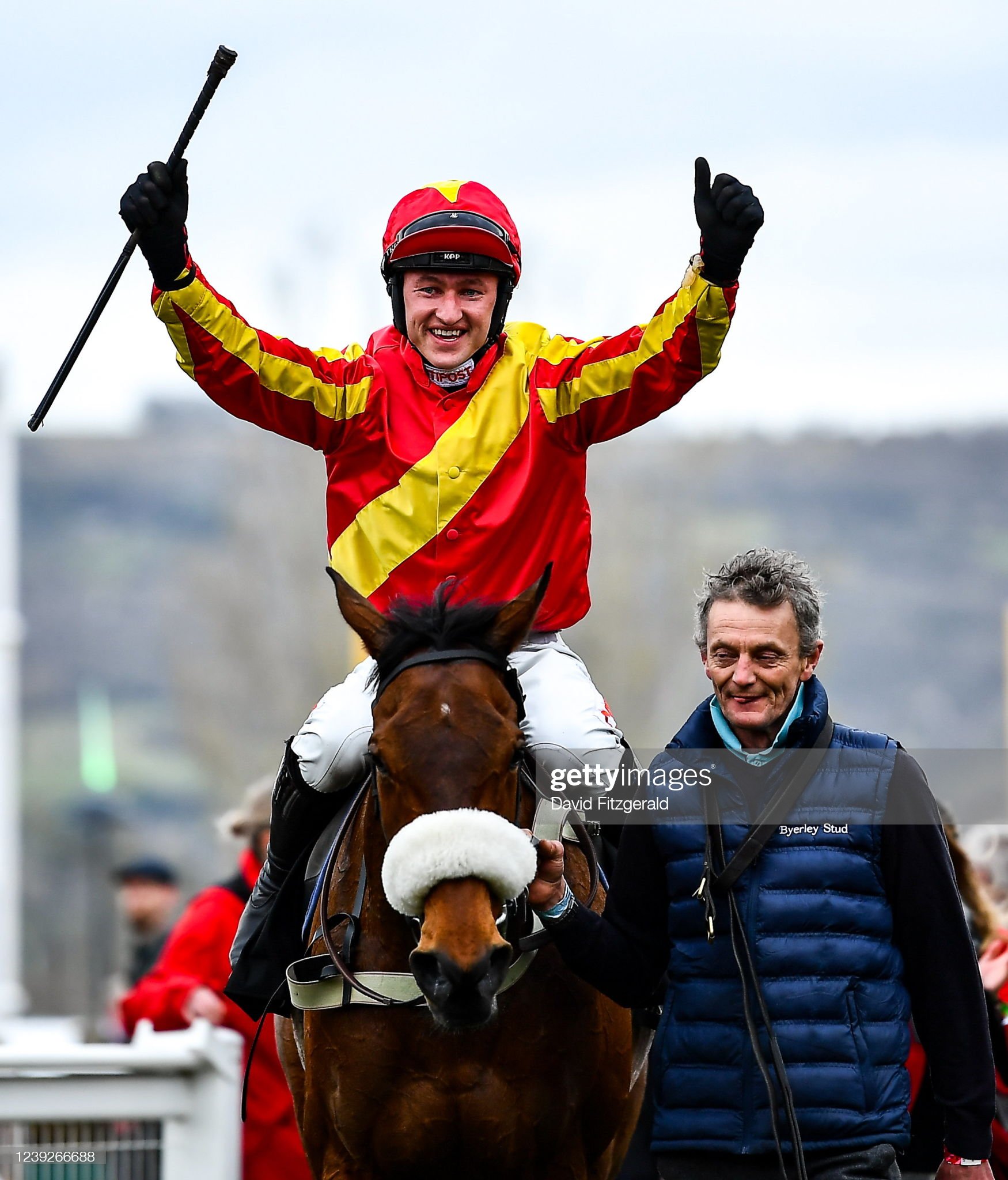 Welsh jockey Wedge provided one of the highlights of day three of the Festival when he won the Craft Irish Whiskey Co. Plate Handicap Chase on Coole Cody – providing another triumph for Welsh trainer Williams.

The 22-1 shot won the Paddy Power Gold Cup at Cheltenham for Williams in 2020 and might have won it again this year but for a fall two fences out.

But the gutsy horse registered a fourth success at Cheltenham when rallying in tremendous style with a battling Wedge on board.

Although he was always close to the pace, Coole Cody looked booked for minor honours at best in the closing stages, but he found that bit extra to land the spoils.

Wedge – who landed his second festival winner, two years after he won the Stayers’ Hurdle on Lisnagar Oscar – said: “He’s as hard as they come. He never knows when to stop. He’s fantastic, isn’t he?

Coole Cody thanks for all the kind messages 🏆 pic.twitter.com/LB04V5jdpY

“To ride a winner at Cheltenham for Evan means everything. He’s backed me through thick and thin from a 10lb claimer. It’s fantastic.

“I probably didn’t take it all in as much as I should have the first time round. We weren’t expecting it and it was a bit of a shock to my system.

“To do it today for my boss Evan, who’s stuck by me through a lot of thick and a lot of thin, means the world.”

Imperial Alcazar put in a strong bid but Coole Cody (22-1) led over the final fence and stormed up the hill to win by six and a half lengths in the hands of Wedge.

Spiritofthegames was a nose away in third with Stolen Silver fourth.

Williams said: “At 11 years of age and so many miles on the clock, he just keeps fighting.

“At the top of the hill a first six finish was my hope because he’s on a career high mark, he jumps right, and I thought how can he improve?

“He got a bump early, but in truth that helped him and all credit to Wedgy we have a lot to thank him for.

‘But really, even though he looked like he might be beat, the others found that when you get into a fight with this fella there’s only going to be one winner.

“It’s so odd that he likes Cheltenham with his tendency to jump right, but what we’ve seen with him is this is a tough course for tough horses and he’s one of them.

“It’s been a long time since our last Festival winner and I am savouring every minute.

“I enjoy a glass of beer and a glass of wine, but in truth I’m more a cup of tea and digestive biscuits man. It won’t be champagne for me. As you get older, you do appreciate the smaller things in life.”