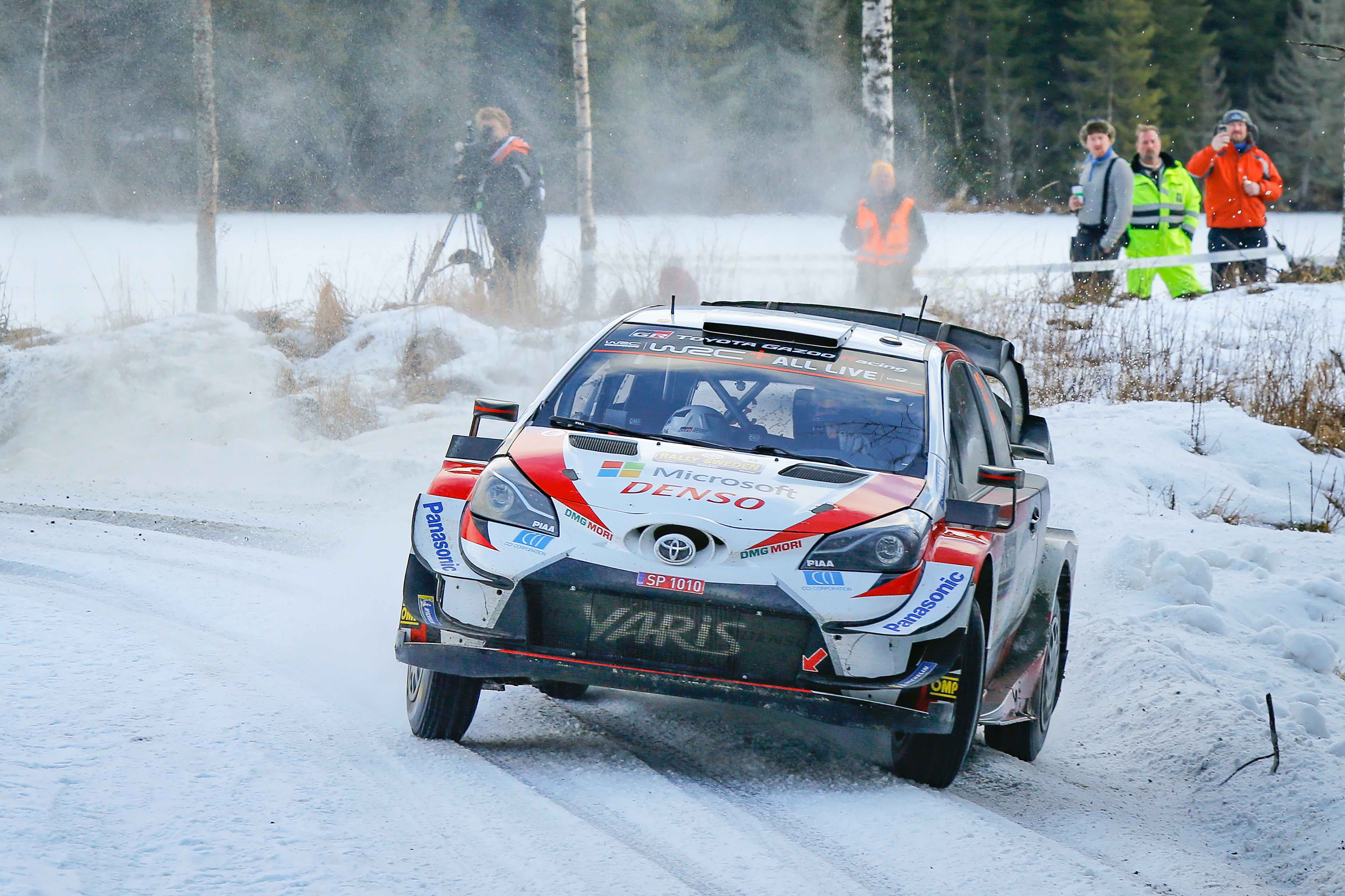 Elfyn Evans takes a good lead into the final day of Rally Sweden.

Elfyn Evans is on the brink of joining an elite club of non-Scandinavian drivers to have won Rally Sweden, as he takes a 17.2 second lead into tomorrow shortened final day of the event.

The Toyota driver, who has led the event from the start, set three more fastest stage times today to double his lead over reigning world champion Ott Tänak (Hyundai).

Only a very short day tomorrow stands between Evans and his second win in the FIA World Rally Championship.

“It has been another good day for us and we can be happy with what we’ve managed to do,” said Evans.

“I had a really good feeling in the car, I’ve been happy with the balance and the confidence it’s giving me. The first two stages this morning were really good. The third one was quite tricky, a bit softer with more loose ice and snow, and the last stage was quite rough but we got through it OK.

“Let’s see what we face tomorrow, as the conditions are a bit of an unknown. It could be very difficult with the warmer temperatures we have now, but hopefully we can find the same rhythm we have in the last two days. It’s a long stage and we just need to keep our head down and keep doing what we’ve been doing.”