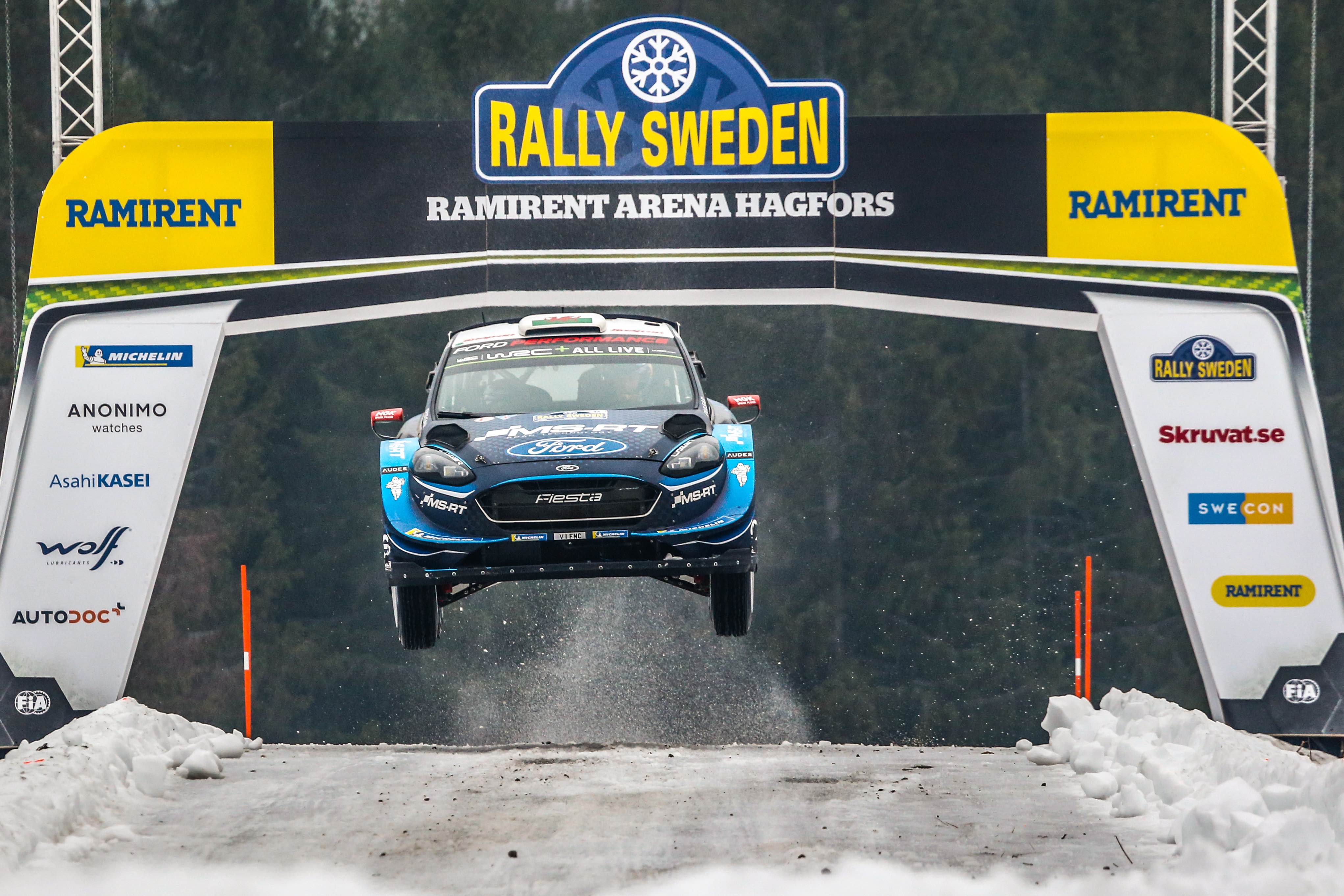 His hopes of victory on Rally Sweden might have slipped, but Elfyn Evans will be aiming for a podium finish on tomorrow’s final leg of the event.

Yesterday’s magnificent performance could not be repeated, although it wasn’t for the want of trying on the difficult changing conditions – which once again saw just as much mud and gravel and the traditional ice and snow.

Push as he might, Evans struggled to find a comfortable rhythm in his M-Sport Ford Fiesta WRC and finished the day in fifth position.

However, with less than 15 seconds separating the 30-year old from Dolgellau from a podium finish, Evans plans to do what he can on the final three stages to leapfrog up the leaderboard.

“There was more time to be found out there today and although we had some good stages it was disappointing to lose so much time on some of the others,” said Evans. “Tomorrow is a new day and we’ll keep fighting and looking forward.”

Having started the day in second place, Toyota driver Ott Tänak has romped to an impressive 54.5 second lead and can afford to back off and cruise to what should be a comfortable victory.

James Morgan is still going well, navigating for Rhys Yates in a Skoda Fabia R5. The Hirwaun co-driver is 27th overall and 12th in the WRC2 category.