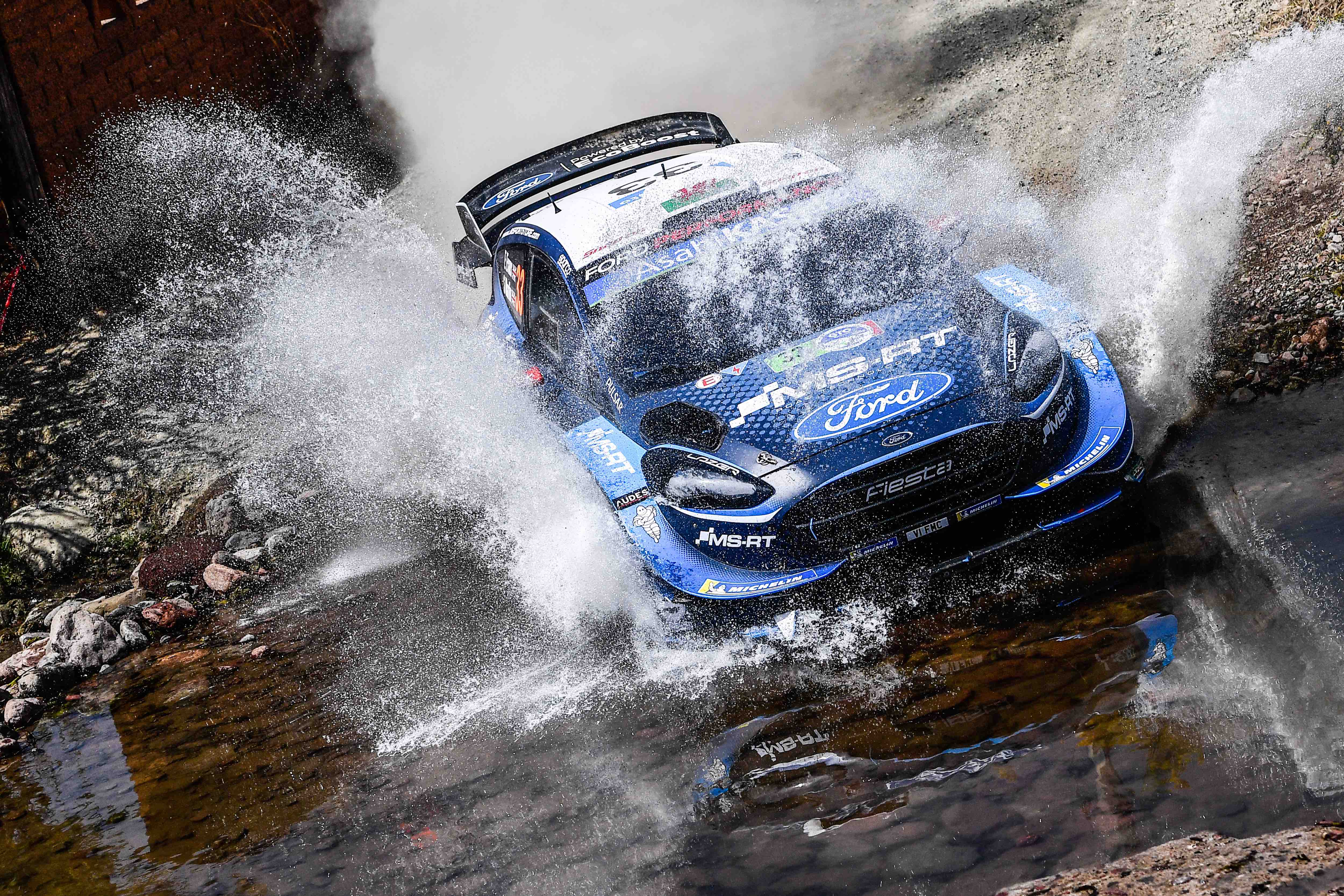 A cool, calm and clean approach has put Elfyn Evans in a very strong second position on Rally Mexico, after Friday’s hot and gruelling gravel stages.

Co-driven by Scott Martin, Evans wasn’t the quickest over the stages, but his consistently fast and clean approach in his Ford Fiesta WRC is paying dividends. With a day and a half of the event still to run, the tactic has put the 30-year old from Dolgellau very much in contention for victory.

It’s been a far from an easy event. Evans’ team-mate Teemu Suninen retired on Friday’s opening stage when he hit a stone on the inside of a corner and spun his Fiesta into a rock face at high speed. Mexico has been a bit of a disaster for a fast but fragile Hyundai team. Andreas Mikkelsen hit a rock and retired with broken suspension, Dani Sordo retired with electrical problems and an unwell Thierry Neuville is a minute off the lead after losing time with a puncture in the sole-surviving i20 WRC.

“It’s been a good day out there – with the car and everything inside the car all working really well,” said Evans. “It’s not been the sort of day to be on the limit. It’s been about staying clean, staying in the line, and trying to find the grip. It’s been very slippery out there today, but it should be a bit faster with a bit more grip tomorrow.

“There are some really nice stages to come, but also some really demanding ones. It’s a bit of a mix and you have to get it all right so I’m looking forward to the challenge. We’ve got to keep pushing because anything can happen and there is still a long way to go. We’ll keep giving it our all and see what happens.”

“It’s great to see Elfyn up there battling for the top positions,” added M-Sport Team Principal, Richard Millener. “He and Scott are delivering a really strong drive with the pace and consistency that this event demands. They’re in a comfortable rhythm at the moment, and it’s still all to play for.”

Saturday’s leg is the longest of the event, with two identical loops of three tough gravel stages in the mountains north and east of León, followed by re-runs of the motor racing circuit and city street tests. The nine stages cover 86 miles.