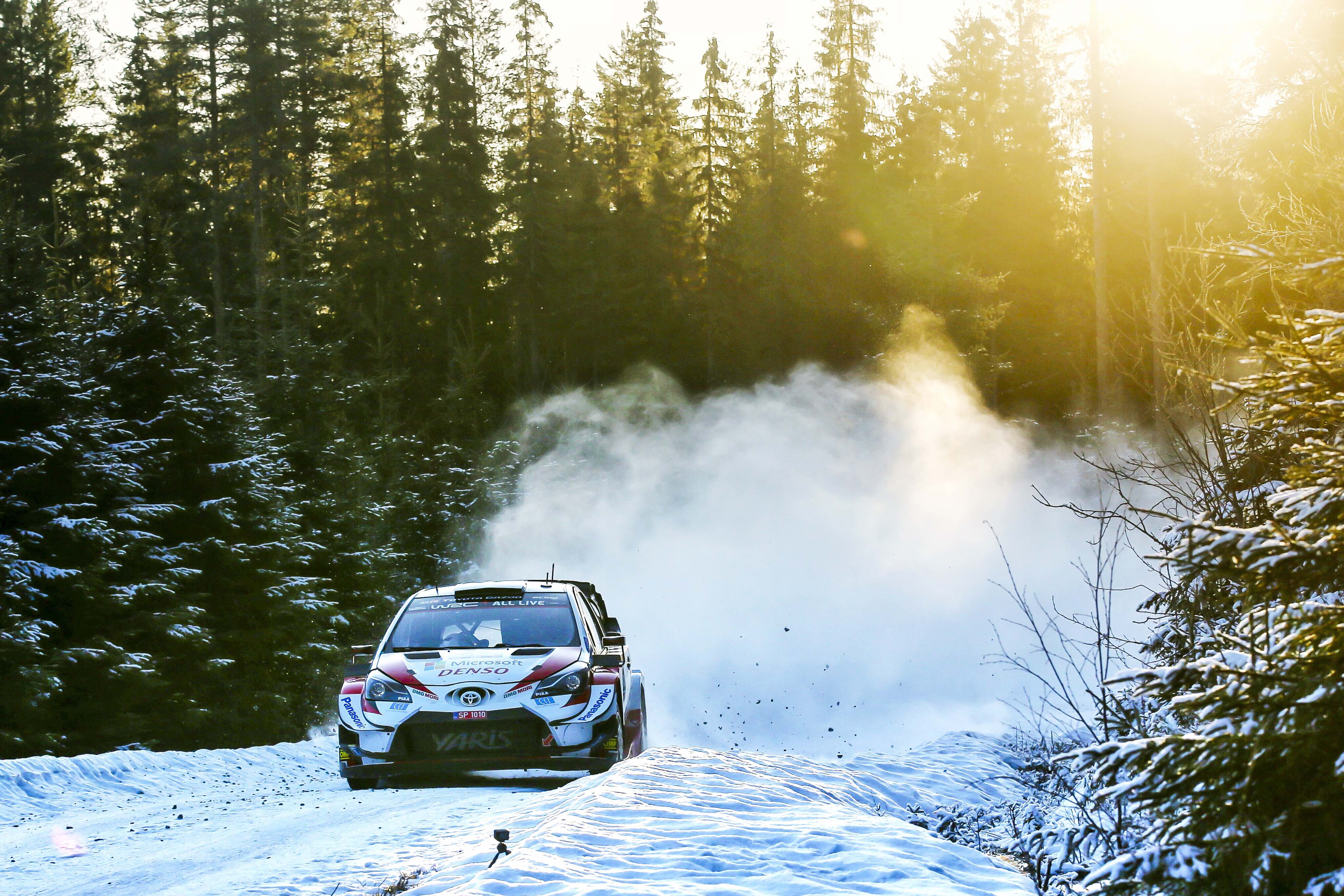 Elfyn Evans has led Rally Sweden since the opening stage, and has an 8.5 second overnight advantage.

With such a shortened route, every driver had to be super-fast out of the blocks today if they were to stand any chance of winning Rally Sweden – and fastest of all was Elfyn Evans, who leads the event for the first time in his career tonight.

And Evans never lost that lead all day, setting another fastest time on stage three and two second quickest times on stages two and four to lead Tänak (the reigning world champion and last year’s Rally Sweden winner) by 8.5 seconds.

“It’s been a pretty good day,” said Evans modestly. “The feeling in the car was immediately good this morning. It was quite difficult to know exactly how hard to push on the first stage. We had quite high grip, but it looked quite aggressive on the tyres. We tried to be quick but also relatively smooth and it seemed to work out pretty well.

“Now we need to try and do more of the same tomorrow. Nobody knows what the conditions will be like, so we have to adapt to whatever is put in front of us. I don’t think we’ll need to change much as everything worked very well today, but we’ll look over the data and try to find a few more seconds.”