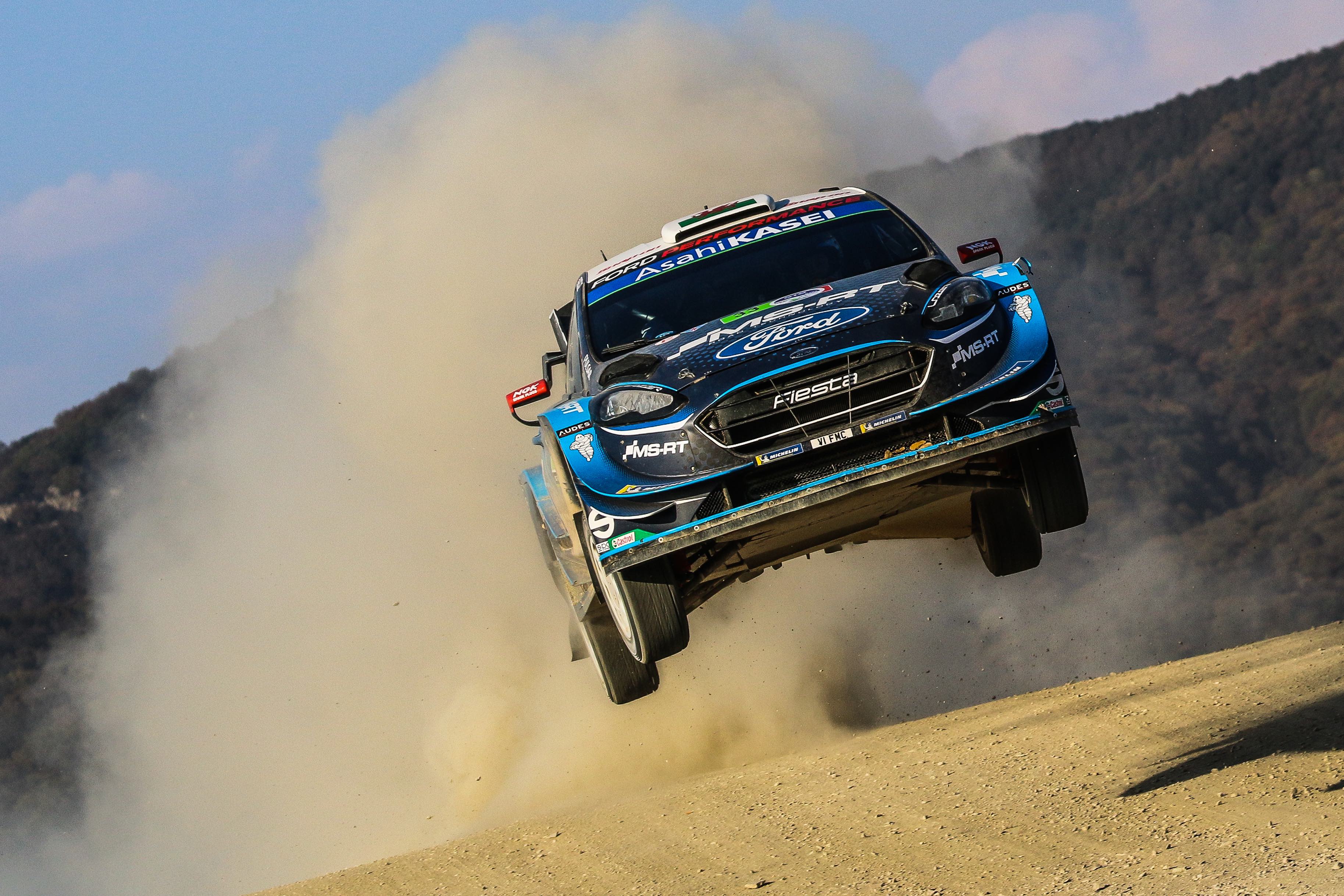 Elfyn Evans continues to hold a flying second place at Rally Mexico, with one day of action remaining.

Elfyn Evans is locked in an intense battle near the front of Rally Mexico, with the M-Sport Ford World Rally Team driver holding second place with a 2.2 second advantage over Ott Tänak (Toyota) after Saturday’s action.

Evans, co-driven by Scott Martin, has shown speed and consistency throughout the event in his Ford Fiesta WRC. Regularly posting top stage times, the Dolgellau ace has so far had the measure of this notoriously difficult event – only lucking out through the second pass of Otates (SS14) where the grip levels were particularly low.

Geared up for Sunday’s final leg, Evans is on course to bring home some silverware and is determined to deliver the best possible result.

But the day wasn’t without its dramas and the M-Sport technicians showed their class when discovering some damage to the rear cross member during midday service. With 14 minutes on the clock, they successfully changed it as well as the rear differential – a task that would have taken 25 minutes under normal circumstances!

Rightly applauded by the onlooking crowd, their efforts perfectly demonstrate the teamwork that is such a big part of this sport – a potential podium the result of exceptional work by the whole team; driver, co-driver, engineers and technicians alike.

“It was a pretty good morning for us and a good start to the afternoon, but I was disappointed to have given so much away to Ott [Tänak] on the second pass of Otates [SS14],” said Evans. “I was pushing quite hard, but I just couldn’t get comfortable and didn’t have the feeling to go much faster.

“The gap isn’t particularly big right now and there’ll be a big fight tomorrow, but if we have a good run I’m confident that we can get the job done. You still have to drive quite smart to be fast here, but at the end of the day we want that second place and we’re going to fight for it.”

“It’s been another good day for Elfyn and Scott who have continued to show some impressive pace out there,” added Team Principal, Richard Millener. “Locked in a pretty intense battle with Ott, they really showed their ability and had the jump on him throughout most of the day – so it’s a shame that they lost so much through the second pass of Otates [SS14]. But that’s just the way it goes sometimes, and we’ll focus on being faster than him again tomorrow!

“I also need to praise the efforts of the engineers and mechanics this afternoon. With just 14 minutes left on the clock, they noticed some damage to the rear cross member and set about changing that as well as the rear differential. It’s a job that usually takes about 25 minutes and I have to say that it was pretty impressive watching – getting a well-deserved applause from the crowd when Elfyn pulled out of service on time. Without them, we simply wouldn’t be fighting for a podium tomorrow.”