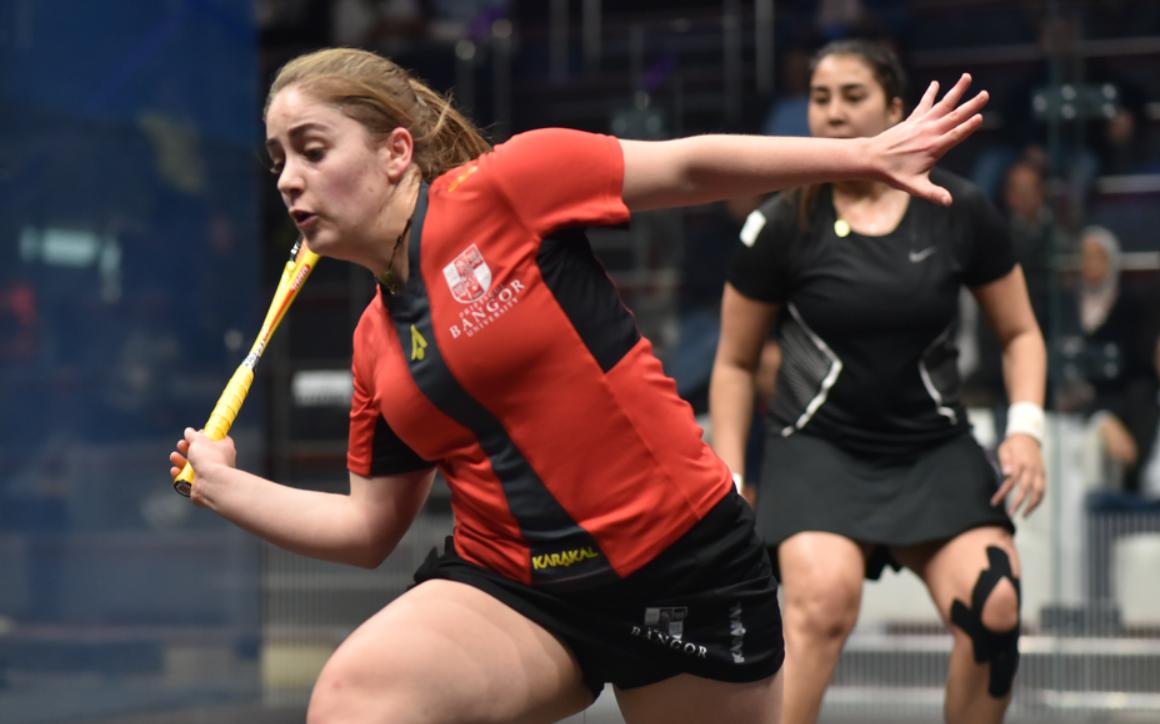 Tesni Evans is the first female Welsh player to qualify for the PSA World Tour Finals.

And Tesni Evans has risen to ninth in the women’s rankings – matching her previous career best.

Haverfordwest-born Makin has moved up three places from his previous career high of 18 to continue his rise up the lists.

The 24-year-old is the highest ranked Brit in the lists which is headed by Egypt’s Ali Farag.

Makin, who was hit by an ankle injury earlier this year. reached the quarter-finals of the Canary Wharf classic last month before losing to eventual winner Paul Coll.

The New Zealander is now the world No 5.

Makin’s last tournament was the Grasshopper Cup in Switzerland where he was beaten by Farag in the second round.

Elsewhere, Caerphilly’s Peter Creed has slipped to 63 in the world while Cardiff’s Emyr Evans remains at his career high ranking of 115.

Tesni Evans had slipped to No 11 having reached ninth in the rankings for the first time last November.

But she has regained ninth place after reaching the quarter-finals of the World Championships last month beating the higher ranked Sarah-Jane Perry of England on route.

Evans also won her seventh Welsh title but suffered an unexpected second round defeat at the Texas Open to world No 43 Olivia Fiechter of the USA.

The Cardiff-born, Rhyl-based player returns to action for the Welsh Wizards in their final Premier League game in Cardiff on Friday, April 5th.

Cambridge’s Ali Loke has shot up 26 places to reach a career high 77 in the April rankings.

Loke also reached the second round in Texas where she lost to England’s world No6 Perry.