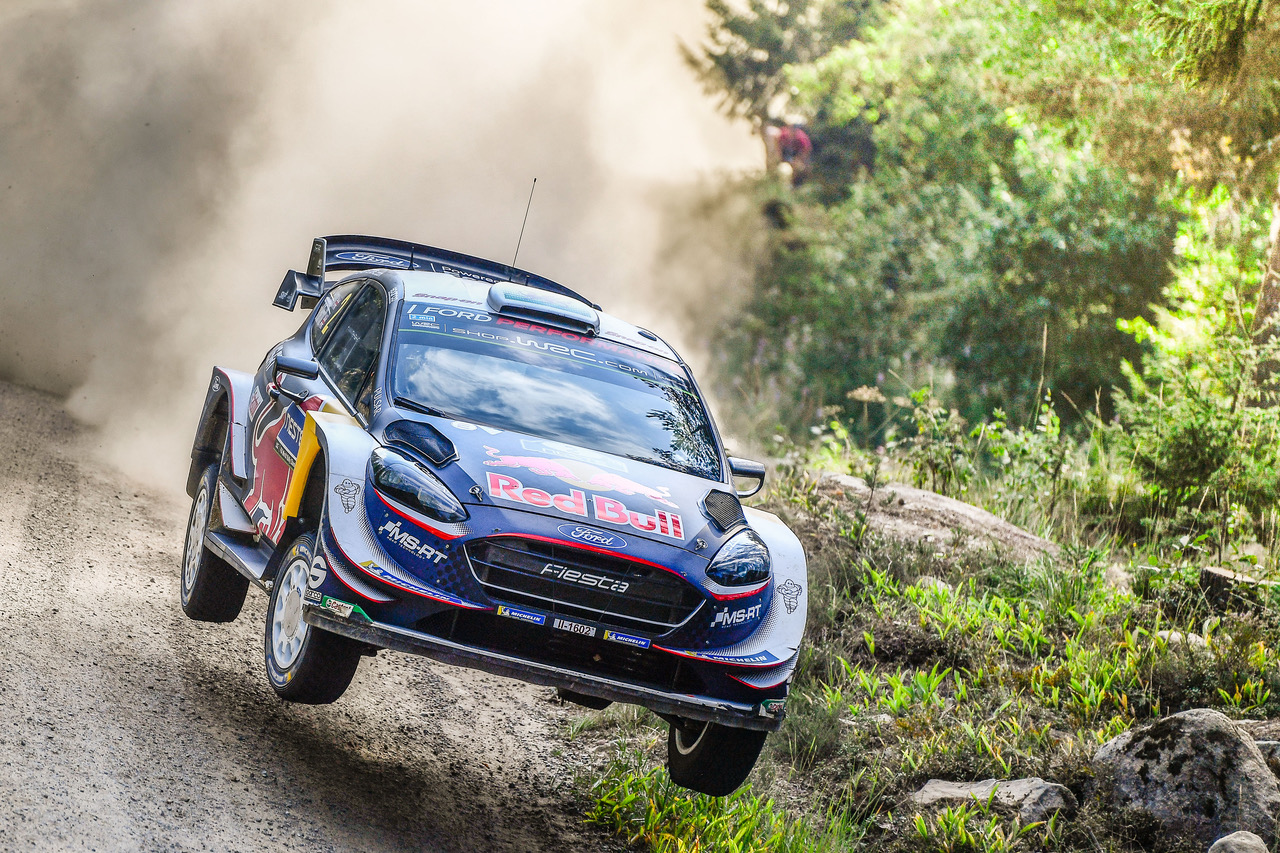 Elfyn Evans drove faultlessly in Finland, but could only finish seventh.

Elfyn Evans finished a trouble-free seventh on Rally Finland today, as the second half of the FIA World Rally Championship began with one of the fastest rounds of the series.

Co-driven by Daniel Barritt, it wasn’t the result the 29-year old Dolgellau driver was hoping for, although he consistently matched team-mate Sébastien Ogier on stage times, despite Evans not having the aero update on his M-Sport Ford Fiesta WRC that the five-time World Champion had.

Evans was inch perfect throughout the high-speed rollercoaster event, which is his favourite rally outside his home Wales Rally GB.

The result sees him drop one position in the drivers’ standings to eighth place, although there is just eight points between him and fifth.

Ott Tänak/Martin Järveoja won Rally Finland in their Toyota Yaris WRC, while Thierry Neuville/Nicolas Gilsoul continue to lead the World Rally Championship, despite finishing ninth after struggling for grip by starting first on the road and putting their Hyundai i20 Coupe WRC off into a ditch on stage five.

“It’s not been a terrible weekend driving wise, and I don’t think anyone can say that they don’t enjoy driving these stages, but for sure seventh place wasn’t the result we wanted,” said Evans.