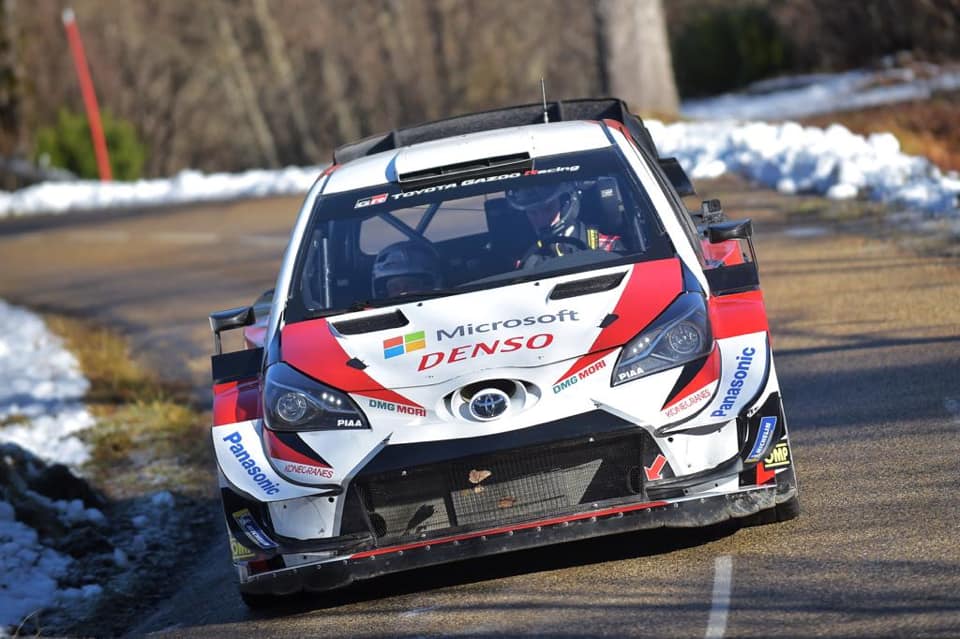 Elfyn Evans will make this Toyota debut on this week’s Monte Carlo Rally.

The 2020 FIA World Rally Championship gets underway on Thursday at the famous Monte Carlo Rally – and it’s where Elfyn Evans will make his competition debut for the Toyota Gazoo Racing World Rally Team.

In a sport where loyalty between personnel and teams still remains reassuringly common, it’s been an unusually busy winter in the normally quiet rally driver transfer market. Evans (who has never before rallied in the WRC with anyone except the M-Sport Ford team), Sébastien Ogier and Kalle Rovanperä have all moved to Toyota, world champion Ott Tänak was made an offer he couldn’t refuse by reigning manufacturer champions Hyundai (who keep Thierry Neuville, Sébastien Loeb and Dani Sordo), Esapekka Lappi is the new star at M-Sport Ford and Citroën missed out on all the big name signings, threw a hissy fit and pulled the plug on its WRC programme.

Whilst Ogier, winner of the last six Monte Carlo rallies, will start the first round as favourite to bag early maximum points, the intriguing new driver/car combinations means that there will be a ferociously close fight for the world title this year. Evans could most certainly be in the thick of that battle, as an exciting new era for the Dolgellau star begins.

Weather conditions high in the French Alps always makes the Monte Carlo Rally a bit of a lottery, and a patch of black ice was the undoing of Evans on the event last year. Together with co-driver Scott Martin, he’ll be hoping for some inspired tyre choices and a mechanically sound and puncture free run to combine to make it a strong first outing in the rapid Yaris WRC.

“I’m looking forward to Rallye Monte-Carlo and my first event with Toyota,” says Evans. “This is the first time in my WRC career that I’ve changed teams, but everybody’s been very welcoming and I’ve got a good feeling in the car, so I’m excited about the season ahead. My first time driving the Yaris WRC was in our test for the Monte in December, and quite quickly I was able to get a nice feeling and some good confidence. On this event the challenge is always the range of conditions you can possibly face. When you’re setting up the car, you need something that gives you confidence and I think we’ve got some good options with that in mind.”

Action begins tomorrow afternoon with the pre-event Shakedown stage, before the rally starts from Monaco on Thursday, followed immediately by two stages in darkness as the event heads north to Gap. A repeated loop of three stages on Friday includes the new Saint-Clément – Freissinières test to the north east of Gap. Saturday has two well-known stages both run twice prior to the long journey back to Monaco for the final day on Sunday, which includes two passes over the legendary Col de Turini as well as the La Cabanette – Col de Braus Power Stage.