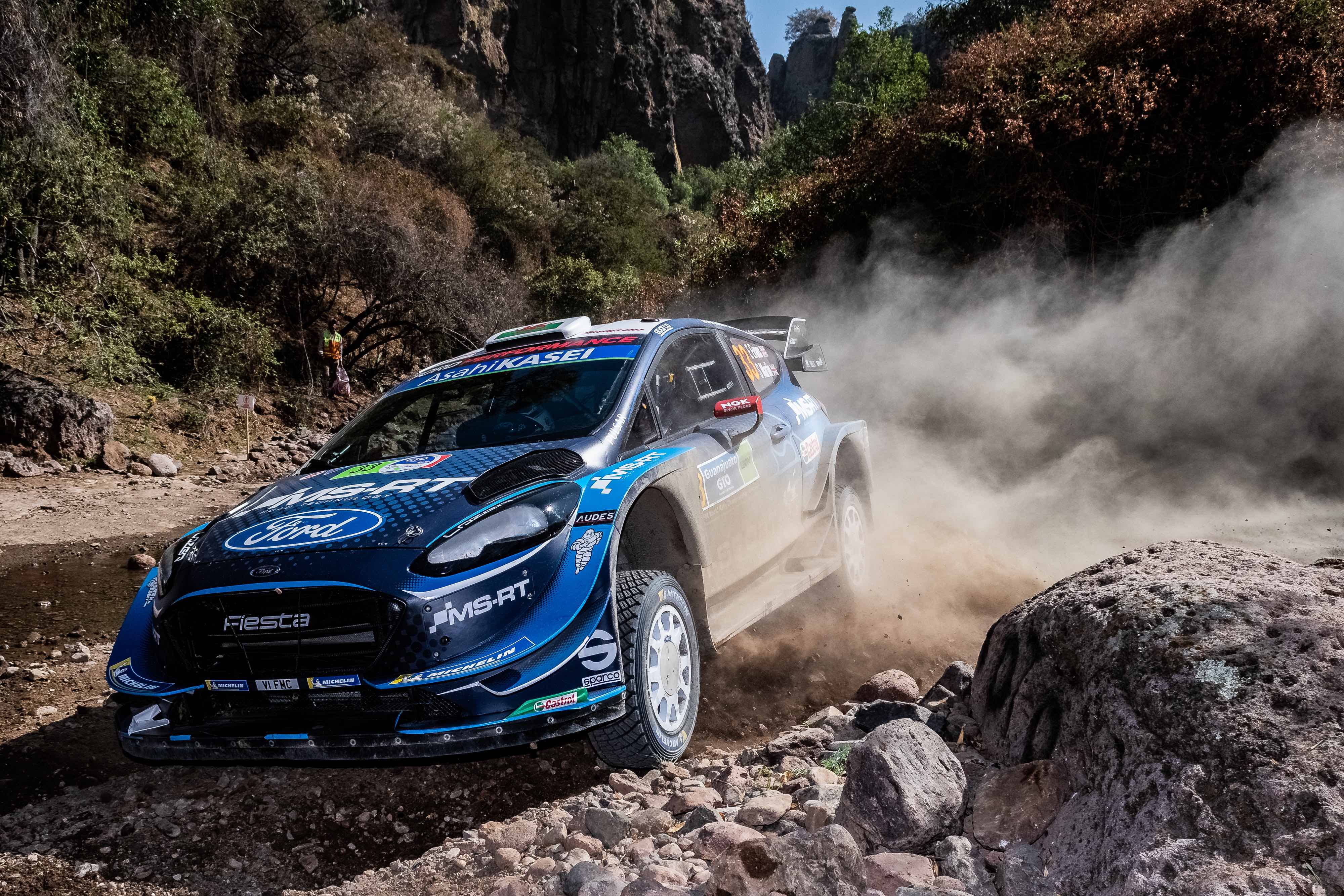 A great result, but Elfyn Evans was disappointed with third in Mexico, having been second for much of the event.

Rally Mexico is considered one of the toughest events in the FIA World Rally Championship, and Evans took that in his stride – not making a single mistake and delivering impressive pace and consistency throughout the weekend.

Regularly posting top times, the M-Sport Ford World Rally Team driver held second position for much of the event before being caught out by the loose conditions on the second pass of Otates (SS14) – putting him in a fierce battle with championship leader Ott Tänak (Toyota) going into today’s closing stages.

Despite having to settle for the final step of the podium, Evans and Martin should be proud of their performance and will aim to keep the momentum going when the championship returns to Europe and asphalt at the legendary Tour de Corse.

“It’s a good result, but I can’t help but feel a little disappointed because second place should have been on the cards this weekend,” admitted Evans. “Unfortunately there were just a couple of things that cost us quite a lot. That second pass of Otates cost us pretty dearly, and then we made the wrong call on the tyres this morning.

“That said, it was still a good weekend and there are a lot of positives to take away. We didn’t make a single mistake and we’ve collected some good points that will give us a better road position in Corsica. Most importantly, we can see that we’ve made some good changes to the car and we’ll work hard to build on that throughout the year.”

“We knew that we had a good chance this weekend, and Elfyn and Scott have delivered a really strong performance,” added Team Principal, Richard Millener. “They were one of very few crews not to make a single mistake and have shown the pace of the Fiesta on gravel – proving that we are going in the right direction with our continued development program.

“It was a shame to have lost so much time on one stage yesterday, as that second place was ours for the taking, but that is just the way it goes sometimes and we can still be very proud of what we’ve achieved. This podium was the result of a really strong team effort with the mechanics keeping the guys in the rally on Saturday afternoon. I am sure that we will see some more weekends like this throughout the year – and that is certainly our goal.”