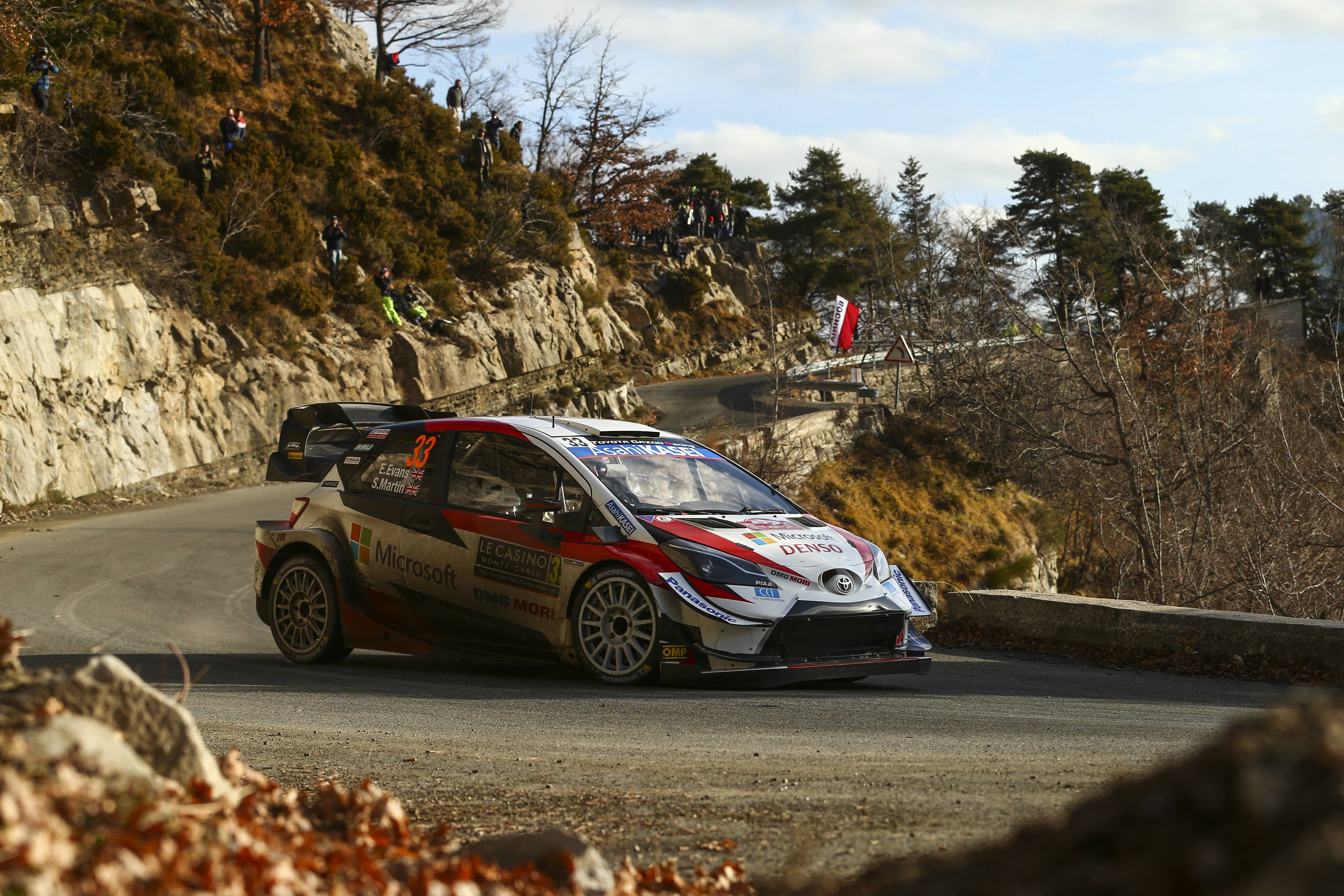 Elfyn Evans has made his best start to a WRC campaign, finishing third on the Monte Carlo Rally.

He may not have won the Monte Carlo Rally, but Elfyn Evans has most certainly proved that he is a serious contender for this year’s FIA World Rally Championship title by finishing third on the series opener.

Making his first appearance for the Toyota Gazoo Racing team, the Dolgellau ace started today’s final leg with a 4.9 second lead over team-mate Sébastien Ogier. The fact that Evans was beating the six time world champion, who had won the last six Monte Carlo rallies, in the same car, on the Frenchman’s home turf, was sensational.

But both were overtaken by Thierry Neuville (Hyundai), who took the final day by storm and shot from third to first after the first loop of two stages, and extended that to a 12.6 second winning margin.

Evans started the final Power Stage in second, but slipped to third as Ogier nipped ahead of him by just 1.7 seconds.

Evans was naturally disappointed to slide from first to third after a final day when things just didn’t click as well as they had done – but to have led an event that he had never previously challenged for victory on for seven stages, and have been consistently running at the sharp end by recording a full house of top four fastest stages times (including four fastest times) on the 16 stage event, is massively encouraging.

It is by far the best start Evans has had to a World Rally Championship campaign – and you feel that there aren’t many rallies where he and co-driver Scott Martin won’t start as one of the favourites.

“Overall we had a positive weekend, but once you lead a rally your expectations are raised so I’m a little disappointed as we had the potential to win,” said Evans.

“But today just didn’t click for some reason, we were pushing hard, maybe too hard in some places.

“We still have some work to do but it’s a solid start to the season with Toyota Gazoo Racing WRT and we had a good feeling with the Yaris WRC.”