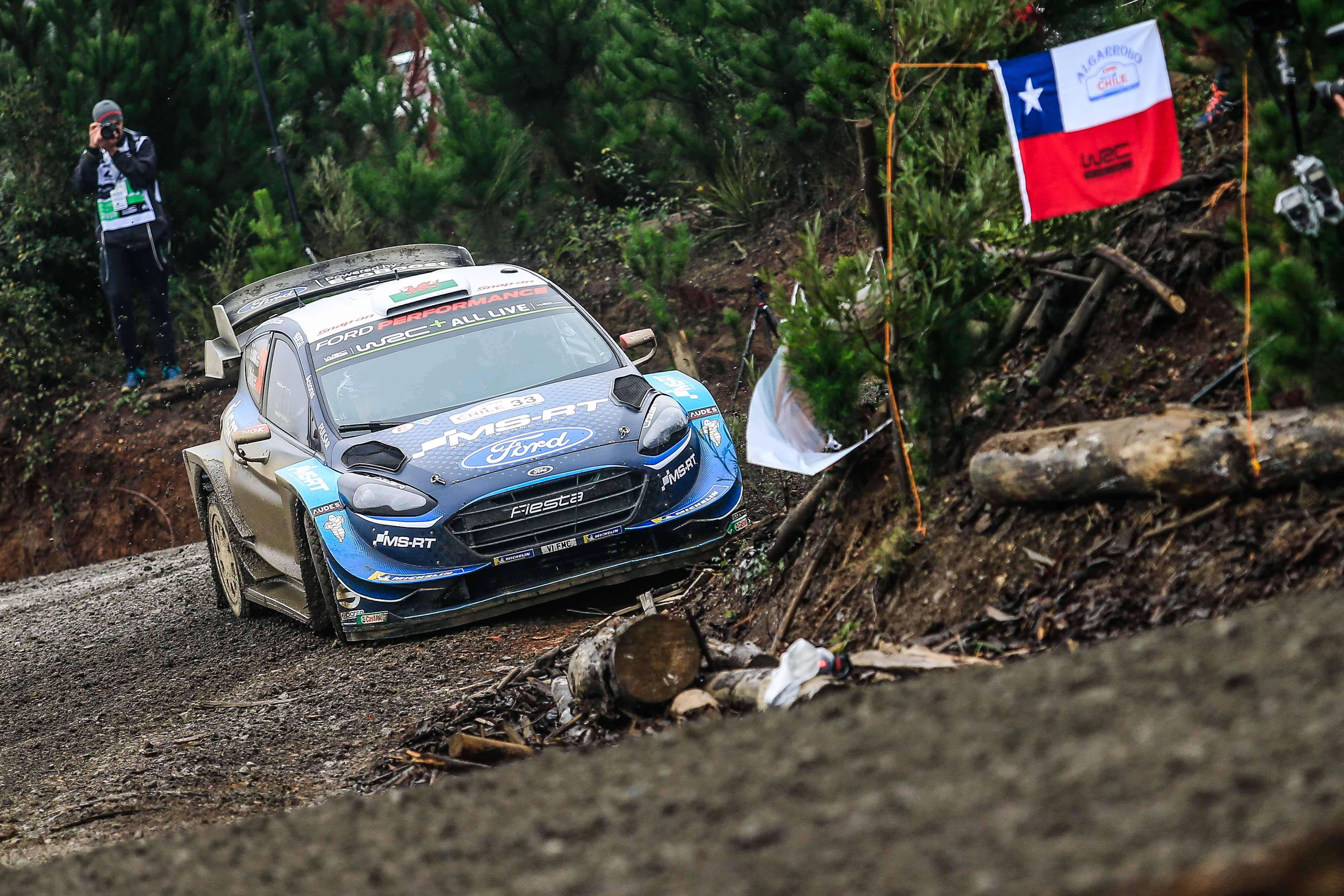 Elfyn Evans will be hoping to climb back up the leaderboard when Rally Chile resumes later today.

Elfyn Evans made a great start to Rally Chile, but had dropped from third to seventh place by the end of the opening day of the new FIA World Rally Championship event.

Co-driven by Scott Martin, the M-Sport Ford Fiesta WRC driver – like many of his rivals – struggled to find a confident rhythm in the wet and slippery gravel conditions, with the day’s penultimate stage in particular costing Evans a lot of time.

Because of this, what could have been fifth place became seventh, as the Dolgellau ace fell behind Kris Meeke (Toyota) and Sébastien Loeb (Hyundai).

“We had a pretty good run through most of the stages, but it just didn’t quite click with the rhythm on the second one this afternoon [SS5],” said Evans. “We recced that stage in the fog so we were expecting to lose a bit, but it was obviously really disappointing to give away as much as we did. The stages are a bit wider and a bit more flowing tomorrow. We’re not going to have the best road position, but we’ll give it our all and see what we can do.”

“It’s been a challenging day with a lot of drivers commenting that they were struggling for confidence in the difficult conditions,” said M-Sport Team Principal, Richard Millener. “Elfyn made a good start with the third fastest time on the opening stage, and it’s disappointing to end the day in this position – we could have done a lot better. Running early on the road won’t be easy with the loose gravel tomorrow, but this is rallying and it’s never over until it’s over. We’ll keep going, keep pushing, look to remain positive, and see what we can do.”