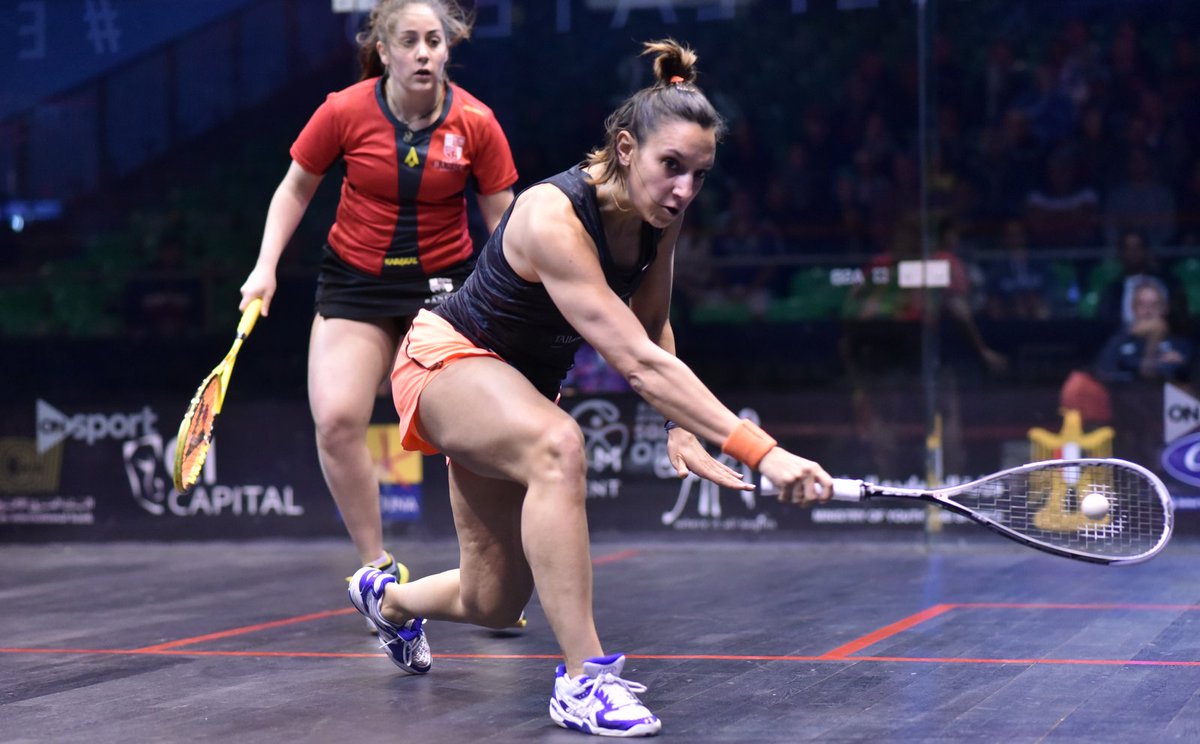 Tesni Evans saw her El Gouna International Open challenge ended with a third round defeat to world No 4 Camille Serme.

The double British champ, who had lost her previous seven meetings with the Frenchwoman, was beaten in straight games 11-5, 11-6, 11-9 in 37 minutes.

Evans did lead 6-2 in the third game after a couple of interruptions for a lost ball and then for Serme to change racket when a string broke while warming-up the second ball.

But Serme battled back to take a tight third game against world No 9 Evans who was seeded 10 for this event and playing her first match on the glass court at the Abu Tig Marina.

“I am pretty happy,” said the 30-year-old after booking her quarter-final spot against England’s Sarah-Jane Perry.

“I think I managed to find a better length, and maybe having one more match on the glass court compared to Tesni helped me a little bit,” Serme said.

“I am just very happy that I came back to win in three.”