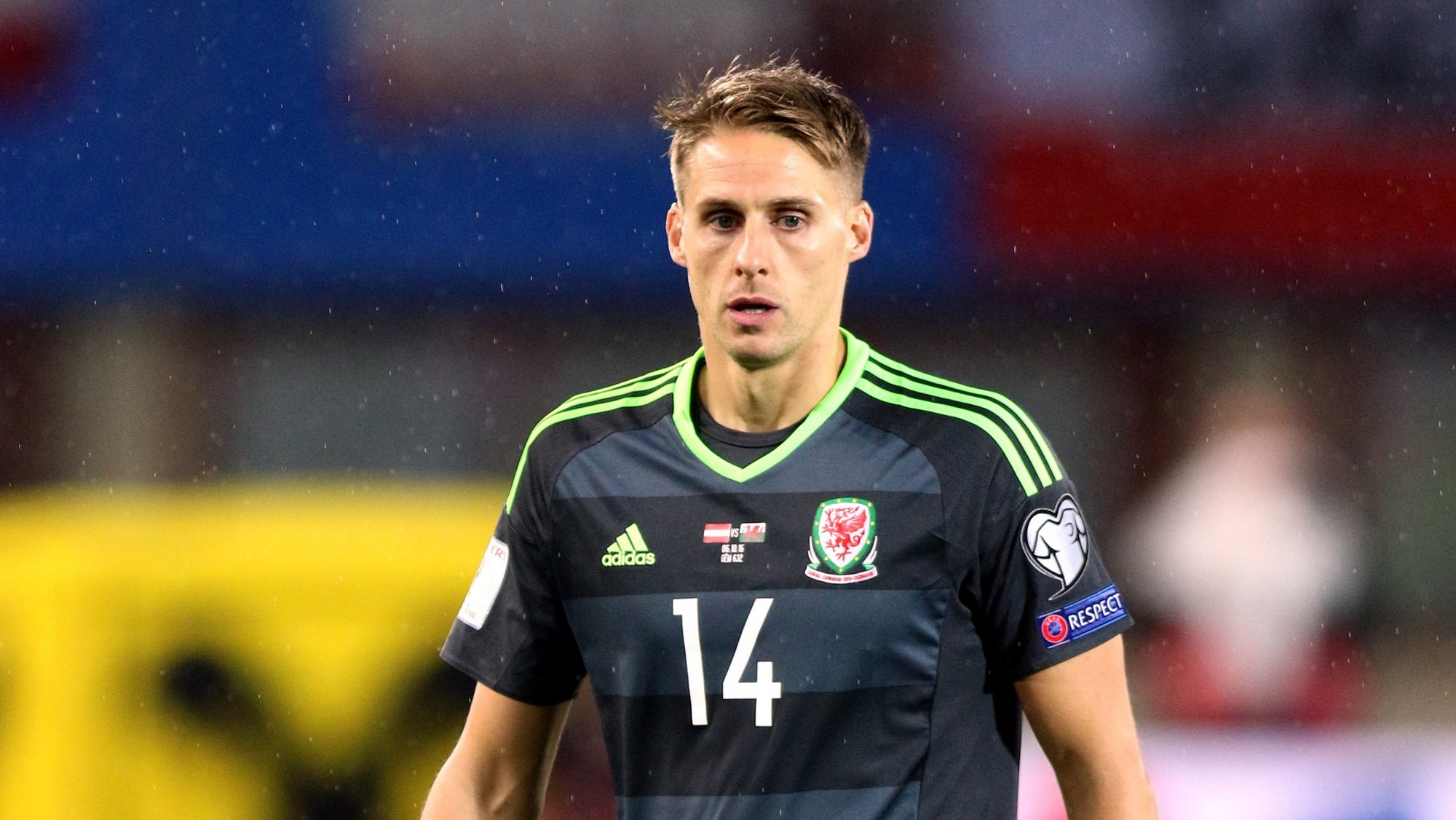 Former Wales star David Edwards is expected to complete a move to Bala Town this week, following his retirement from the full-time game.

The 35-year-old midfielder would be a key signing for Bala Town, who finished third in the Cymru Premier last season.

As first reported by The Sports Report, Edwards had been tipped to move into the Welsh system following his release from Shrewsbury Town last season.

Dai-Sport can confirm that Newtown also held talks with Edwards before the midfielder opted to join Bala.

Edwards, capped 43 times by Wales, is set to become the third player from Wales’ Euro 2016 squad to play their trade in the Cymru Premier.

Edwards would follow in the footsteps of Barry Town’s David Cotterill and Jazz Richards at Haverfordwest County.

The news follows the announcement that former Henry Jones will be leaving Bala Town.

Jones leaves the Lakesiders after three seasons at Maes Tegid, in which he made 83 league appearances.

Dai-Sport understands that Haverfordwest are targeting Jones as the Pembrokeshire side look to strengthen again this summer.

Haverfordwest completed the signing of Cardiff Met right-back Dylan Rees on the weekend and further signings are expected to follow at the Conygar Bridge Meadow Stadium, with County targeting a top-six finish next after comfortably avoiding relegation in their first campaign back in the Cymru Premier.

Caernarfon Town captain Gareth Edwards has decided to leave the club, after joining in 2014. Edwards signs off on his Cofis career with 201 appearances that included winning two Cymru Alliance league titles and two Cymru Alliance League Cups, whilst also captaining the side in the past two Cymru Premier League campaigns.

In a departing statement, Edwards said: “It’s always hard to leave something you love so dearly, but this is the right decision for me and my little family. I’m not quite ready to retire, there is still some life in the old legs, but I need to be closer to home to do some of the things I’d like to do with my young girls on a Saturday morning.

“I can’t quite give the commitment the club needs and deserve anymore and the travelling was weighing me down towards the back end.

“I never wanted to get to the point I resented coming, therefore now is the right time for me. I needed your club as much as it needed me, I’m so very glad we found each other.

“I thank you from the bottom of my heart for the way you took me in as one of your own, hopefully I repaid the faith you put in me. I always gave everything I had, on and off the field and was extremely proud to captain your club, it meant the absolute world to me.

“We got so close to Europe and that will always be a regret but I leave the club in a better place than I found it and hopefully I had a small part to play in that.

“Caernarfon undoubtedly gave me my greatest days in football, I will always have those memories. Thank you from the bottom of my heart for everything you have done for me in the process.”

Neil Mitchell has announced his departure from Newtown after falling down the pecking order at Latham Park. Mitchell made 16 league appearances for the Robins last season, but found his opportunities limited in Phase 2.

Mitchell’s exit ends a seven-year association with Newtown and a host of clubs are believed to be keen on the midfielder.

“I’ve had an absolute blast playing for my hometown club for the last seven years and achieving things we didn’t think was possible,” he said on Twitter.

“But nothing is forever and it’s the right time for me to leave.

“I’m gutted I couldn’t contribute in the second phase of the league format and leave playing in the team, but I don’t regret the decision I made through the lockdown period.

“I wish everyone at Newtown Football Club all the very best in European games in the coming months.”

Bala Town along with league runners-up The New Saints will be seeded in next week’s Uefa Europa Conference League first qualifying round. Newtown will enter the competition unseeded.