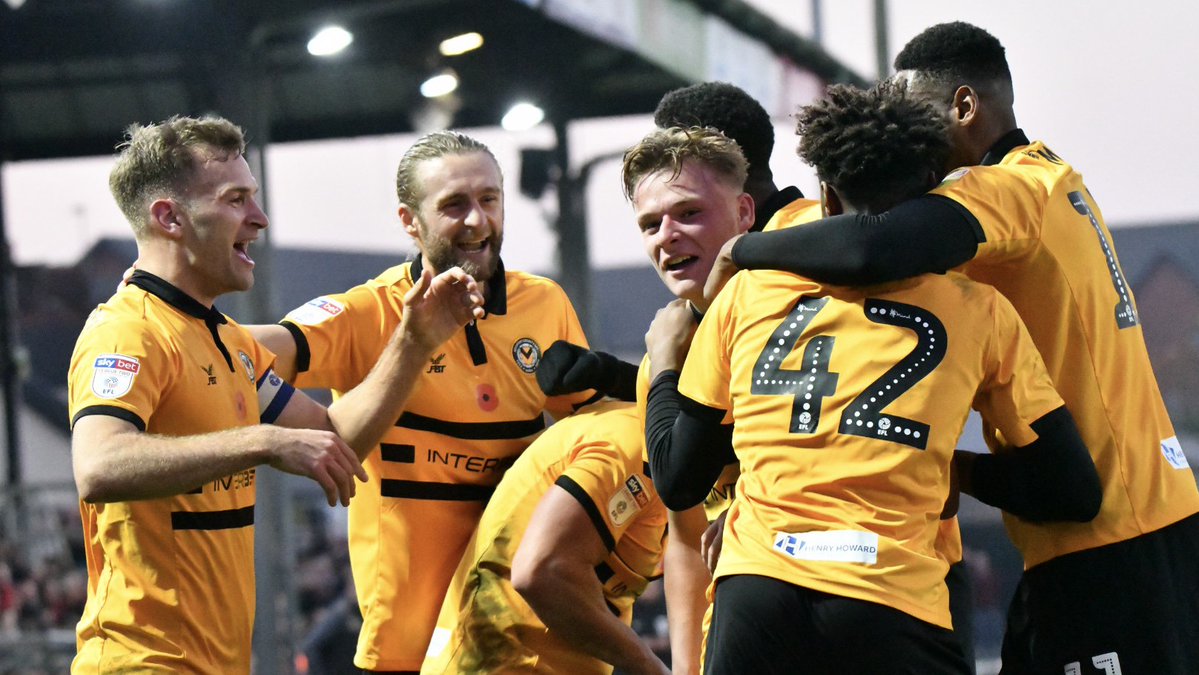 The home team had 67 per cent possession during the first half, but County showed a defensive resilience and assertiveness.

Just after the hour Ben Kennedy provided a pinpoint delivery for Robbie Willmott to power home a header in off the far post, before the Stevenage loanee got a goal himself four minutes later with a deflected 25-yard strike.

Former Cardiff City defender Tom James halved the deficit with 16 minutes remaining when firing through a host of bodies, but nothing was going to stop County getting the points in Somerset.

Substitute Keanu Marsh-Brown wrapped it all up with a stunner in the first minute of injury time, lifting a shot high into the top corner after a menacing run from midfield.

“We were solid and compact in the first half,” said Flynn. “They didn’t create anything. We’re the away team, they’re fighting for their lives and we knew we’d grow into the game.

“That’s what we did. We defended well, kept our shape and our pockets and they didn’t create anything.

“In the second half, there was only one team in it.

“I still want us to kill teams off and some of our attack play was unbelievable.

“The goals we scored, we worked on them. The patterns of play we went over in training where Ben Kennedy comes off the line, Dan Butler goes on the outside of him and he’s either going to get a shot off or Buts will put a cross in.

“That’s exactly what happened – Ben Kennedy got his shot off with his weaker foot and scored.”

Josh Sheehan, Joss Labadie and Marsh-Brown stood out for County and Flynn said: “Keanu did well when he went on, while Josh Sheehan was the best player on the park.

“We had a conversation as staff whether to play him and he was absolutely sensational. He was brave, kept the ball moving, broke play up and got stuck in.

“He was by far the best player on the pitch and it’s about time he had some plaudits.

“There was a lot of good players first-half as well because they did their job and kept to the shape.”

The three points on the road has certainly opened up the prospect of County reaching the play-offs come the end of the campaign.

The gap on sixth-placed Forest Green Rovers is six points and County have two games in hand over Mark Cooper’s side.

“We have a fighting chance,” says Flynn. “There will be twists and turns before the end of the season even with eight games to go. It’s whoever is the most consistent now.

“We have to play Lincoln, Bury, Swindon, Tranmere, a few tough ones. They will make or break our season.”

Five of the remaining eight games left in the regular season are at Rodney Parade and that run of fixtures starts with the visit of League Two’s form side Tranmere Rovers.