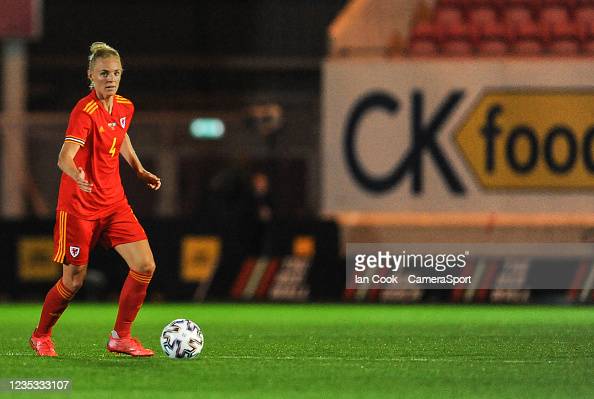 Wales' Sophie Ingle during the Group I match against Kazakhstan. Pic: Getty Images

The FAW have announced Gemma Grainger’s squad to face Slovenia and Estonia in the next part of their 2023 FIFA Women’s World Cup qualifying campaign in a very different way as part of the lead up to the side’s 200th match.

Back in September 1993, when some of the current squad weren’t born, Wales took on Iceland at Afan Lido and will be playing their 200th match on Tuesday 22 October against Slovenia in Lendava.

Former internationals from across the last 28 years have announced the squad in a video released on the FAW’s social media channels.

Grainger has a full-strength squad available to build on the recent victories over Kazakhstan and Estonia.

Hannah Cain will be back and involved in her first camp after missing out last month with an injury, joining the likes of Jess Fishlock and Sophie Ingle after their successful spell with their clubs in the WSL.

After the match against Slovenia, Cymru will return to the Cardiff City Stadium on Tuesday 26 October (KO 19:15) to face Estonia.