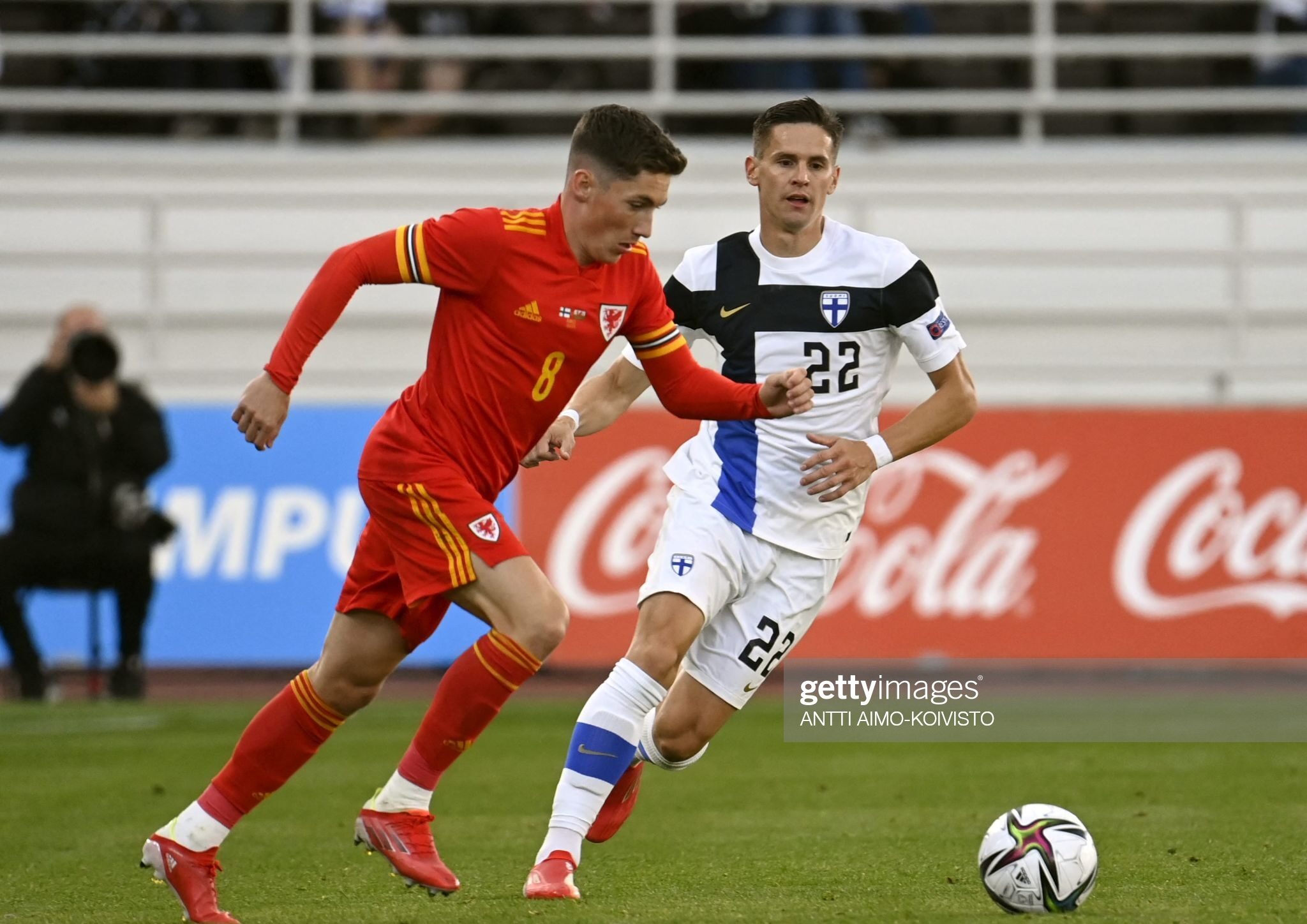 Wales players did not wear the UEFA "Respect" patches on their sleeves against Finland. Pic: Getty.

The Football Association of Wales have made it clear that there was no dig at UEFA after their players did not wear the “Respect” sleeve patches during Wednesday night’s friendly in Finland.

Wales and UEFA have been at loggerheads since European football’s governing body decided to stage Sunday’s 2022 World Cup qualifier with Belarus in the Russian city of Kazan.

Interim boss Robert Page has described going to Russia as a “logistical nightmare”.

Wales then raised some eyebrows by playing without the “Respect” badge on their sleeves in Helsinki, whereas Finland promoted the UEFA message on their shirts.

“Sleeve patches are not a requirement for friendlies,” said an FAW spokesman, stressing that no stance had been taken against UEFA.

“We didn’t wear them in June friendlies against France or Albania and neither did they.”

Belarus have seen their preparation for Sunday’s match overshadowed by comments from the country’s president.

Aleksandr Lukashenko criticised the current state of affairs in Belarusian football as he attended an engagement at Dinamo Minsk.

The President continued by questioning why Belarus selected such a young side for his country’s 1-0 defeat to the Czech Republic.

He continued by insisting that Belarus “learn from their mistakes” ahead of their clash with Wales.

Belarus have lost their last three matches, while Wales will be hoping for victory as they aim to stay in range with group favourites Belgium.