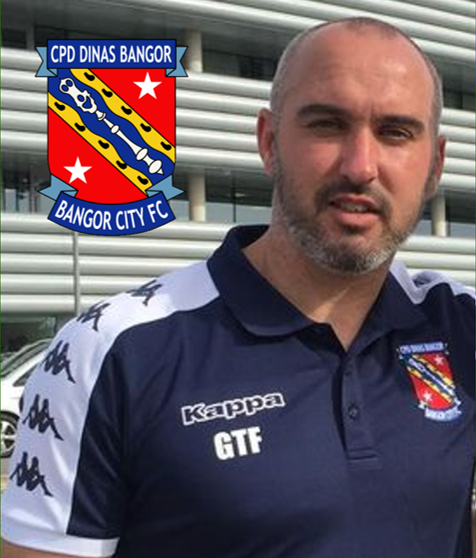 Bangor City FC are facing financial difficulties and there are fears the club could fold after their Nantporth home was locked by bailiffs last night.

An Academy match due to be played was postponed and an unofficial tweet this morning read: “Well, the end is nigh. Thank you for the memories @bangorcityfc another club gone bust. We will rise again, keep the faith #Rebuild.

Bailiffs there last night and locked the gates.”

There are moves to keep the Cymru Alliance team going until the end of this season with a possible move to pitch at Felinheli.

The club later issued statement, confirming they had serious financial problems with debts of £80,000.

After having their electricity supply disconnected over an unpaid bill of £16,000 – although the club claim the amount is not their sole responsibility – and another unpaid demand for £9,000 leaving them with no water supply, Bangor say they plan to appeal to their shareholders.

They also say they intend to fulfil Saturday’s fixture against Gresford FC.

We understand Nantporth CIC are in the process of changing over to a different supplier for the 3G pitch floodlights which makes up a majority portion of the overall bill. This has not happened as yet. However, unjustly the bill is in the name of Bangor City Football Club.

This was followed by a water rates demand of £9,000 the same day which has now also been turned off. The Football Club is responsible to pay this bill.

Negotiations are in place to get both bills settled and brought up to date as soon as possible.

We are still waiting on funds being released from the FAW which has also hindered our cashflow.

Bangor City’s creditors list is approximately £80,000 in its entirety. This includes bringing players and staff wages up to date as well as paying compensation to our former groundsman.

The club has been in negotiations with investors and sponsors for the past two months and are very close to securing a new stadium sponsor.

The Football Club will be requesting its shareholders to assist with the current financial situation and the club endeavours to get ready for Saturday’s league fixture v Gresford FC.

A tweet, apparently from Bangor City general manager Luke Purcell had appeared on the club’s official account at 8.39am today, stating: “Who asked to use felinheli’s pitch?

“We have a few things we are working on to get all of this resolved. As soon as we have a proper update we will update everyone. Not been in wales the last couple of days. Hopefully have a better update by close of play today.”

The news comes after manager Gary Taylor-Fletcher and his Bangor team were beaten 2-1 by neighbours Caernarfon Town in the JD Sports Welsh Cup, while they are due to play Gresford Athletic at home this Saturday.

Bangor City have not made any official statement, but there are reports that bailiffs were removing goods from the ground and that the electricity had been cut off.

One of their players, forward Alex Darlington has left the club to join Maltese team Mosta on a two-year contract.

Purcell said: “As the league and clubs top scorer ‘Darlo’ will of course be a big miss.

“He is one of the best finishers the club has had in some time. He has scored 21 goals in all competitions so far this season and was a big part in the club finishing 2nd in the WPL last term.”

The Citizens were sensationally relegated from Welsh Premier League next season last season even though they finished runners-up.

The Football Association of Wales confirmed Bangor failed to obtain a domestic licence for 2018/19.