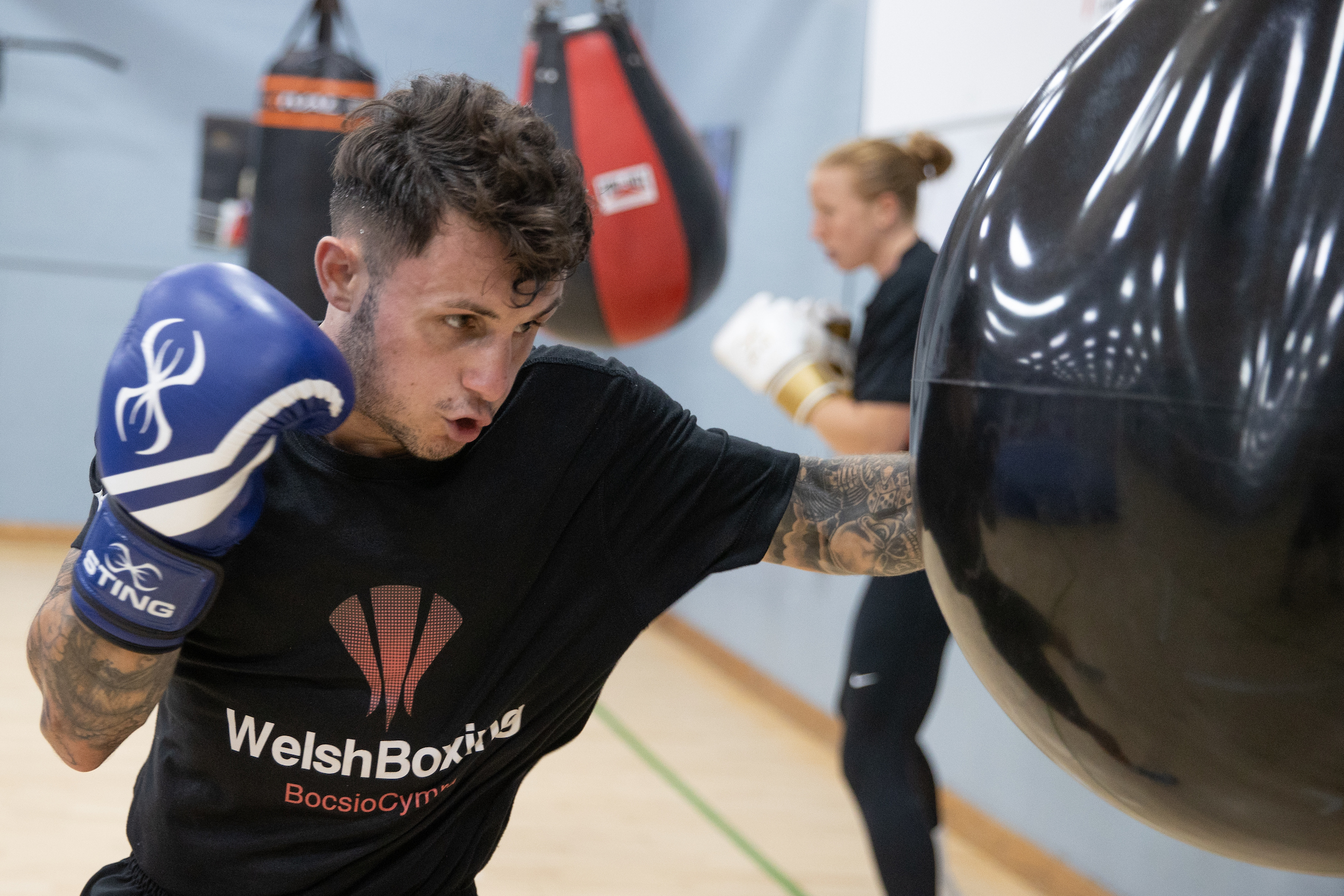 There can be few boxers who first walked into a gym because they felt lonely at the skate park – but Jake Dodd is one of them.

The 26-year-old from Wrexham was a keen rollerblader and used to hang out in his local skate park with his friends.

But once he had left school, he looked around the park one day and noticed: “There was no-one there any more.

“They had all gone off and got jobs. It was getting pretty lonely, so I ended up going to the gym with a few mates.”

Jake – who will be fighting for Team Wales at the 52kg flyweight category at the Commonwealth Games in Birmingham – started on the punch bags as a way of just keeping fit.

He had already tried football, gymnastics and weightlifting, before focussing on rollerblading but it was only when he laced up the gloves and tried boxing that he felt he had found his true vacation.

What a great bunch!

Had to finish the day with the obligatory 🥊 photo

Good luck at the Games all! Thanks fir having me.

The message? If one activity has not not completely grabbed you yet, then don’t worry. There are plenty more sports out there.

It was when he entered the doors at his local gym in Brymbo, as a 20-year-old, that Jake felt he had found what he was looking for.

Having watched the boys upstairs sparing, he knew he had to give it a go.

After a bit of a confidence boost from his mates, he started to compete before moving to a gym in Llay, just  north of Wrexham.

All the support he received, coupled with his talent and dedication, meant he was fast-tracked into the Welsh set up.

“I was really sporty when I was young,” says Jake.

🏴󠁧󠁢󠁷󠁬󠁳󠁿 @TeamWales has announced the athletes taking part in @birminghamcg22.@WelshBoxing will take nine boxers to the #CommonwealthGames.

“I played a lot of different sports. I did gymnastics for two years, I did roller skating for four or five years and I also went into weightlifting as well.

“I was doing a lot of bodybuilding and then I started on the punchbags, which is how all this boxing started.

“But I was a little bit too small for football, so I moved to gymnastics. I was never a boxing fan really, nothing like that.

“I was training six times a week between football and gymnastics. It got to the point where I had to choose what I really wanted to do and so I dedicated myself to gymnastics for a few years.

“But It is a really tough sport and there is a lot of work that goes into it. At the same time, I got into rollerblading, which is so much fun.

“I was winning competitions, but there’s not much money in the sport, so it was difficult to give a lot of my time to it.”

Then came that day when the skate park felt empty and so Jake headed indoors.

After admitting he was lost for what else to do, he found boxing right under his nose.

There have been several setbacks on his journey, but he has always had belief in himself that he could crack anything he put his mind to.

The hard work has paid off and he will go to the Games as a genuine medal contender, having already won titles at Welsh and British level.

“It was quite scary to start boxing to begin with,” he admits.

“I was out on a night out with two of my friends. They’d been trying to get me into boxing and on this particular night I said that I’d give it a go.

Keep an ear out for the @5liveSport Boxing podcast with the Scottish, Welsh and English boxers as they prepare for the @BirminghamGames – honest, funny, direct and essential listening. Tomorrow’s champions today.

“I said I’d go down with them to the gym that following Monday. With a few beers in you, you don’t think it is really happening.

“Come Monday, they rang me and took me to the gym in Brymbo. I was very nervous. But from that day, I haven’t looked back, and I am very grateful to them.

“I was looking for a long time where to go, but I didn’t want to walk into a gym on my own.

“I did have a break from the sport after two years, as I had a little boy. I had a year out.

“I was still boxing, but not seriously. I started to really believe in my ability and enjoy myself from around the age of 24, about four years in.

“From 2018 I said to myself that I am going to have to take boxing seriously and give my all and in 2019 I won all the championships, so it paid off.

“In 2019 I won all three tournaments I entered. I had six fights and won all six bouts, so it was my year. But, obviously, Covid then hit and so it all closed down.”

Just three years on from that promise to give the sport his all, Jake will now be wearing a red vest and mixing it with some of the best amateur fighters in the world.

“It is incredible to represent Wales in boxing. To have started so late and catch up so quickly is just unbelievable.

But I knew if I put my heart into this, I would get somewhere.

“I have improved so much. But without all the support I wouldn’t be in the position I am today.

“I went to the European Championships not so long ago and that was another eye opener, but a good experience.

“Sport Wales as a whole have supported all of us so well, we’ve had so many experiences like going to Tenerife on a training camp.

“Training in the heat has really helped condition us. The boys here are all good lads, we are all training for that gold medal, and we are lifting each other up, so the levels have gone up quickly!

“The camp has been tough, a lot of preparation has gone into it, but it has been well worth it. We will definitely be ready for a rest after the Games.”