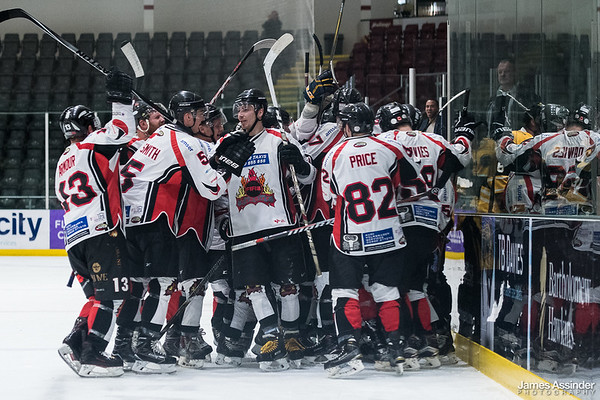 While Merthyr Town were earning a 3-0 Southern Football League win in Basingstoke, Cardiff Fire were left without a game in the Hampshire town.

The Martyrs were victorious, while Fire quickly switched their focus to Sunday’s National League ice hockey clash with Swindon Wildcats after their trip to Basingstoke Buffalo was called off.

The ice was deemed unsafe for senior hockey and the fixture against Fire was called off.

Player-coach Chris Douglas and his team will now aim to record a third successive home win when they take on Swindon Wildcats at the Viola Arena in Cardiff Bay (6pm).

Unfortunately tonight’s game against B’stoke has been called off due to unsafe ice.

Fire’s director of hockey Mark Cuddihy described the win as a ‘mind blowing’.

Their team includes young Swedish defenceman Viktor Langseth, a hard-hitting 22-year-old who plays with energy and aggression, and Cameron Basnett, a former Guildford Fire Kings D-man who joined the Cardiff team this season.

Netminder Douglas works alongside former Devils players Phil Manny and Mark Smith on coaching duties and they are aiming to guide the team to play-offs qualification.