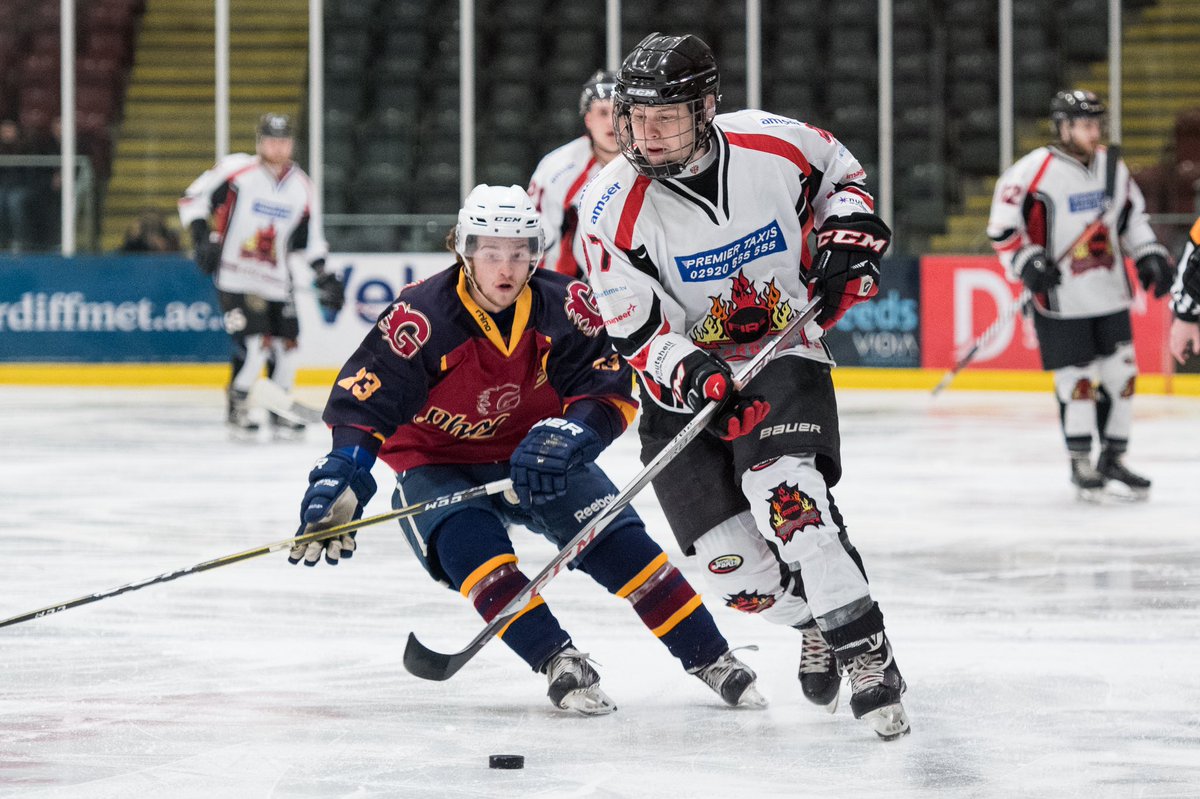 Cardiff Fire are intent on taking their frustration on Oxford City Stars at the Viola Arena in Cardiff Bay this evening (6pm).

Head coach Mark Smith and his Fire players suffered a 4-1 National League home defeat against Guildford Phoenix on Saturday, although that scoreline does not reflect the Cardiff performance.

Fire matched Phoenix for long periods and dominated the second without being able to turn their chances into goals.

The visitors were far more clinical and and made Fire pay dearly for not making the most of some good approach work.

Cardiff outshot Guildford, but lost the first period 2-0 and the second by the same margin.

Morgan Evans hit back in the third to give Fire some hope, but they could not force the second goal which might have made the difference.

Fire’s Ross Wilkinson was thrown out on a match penalty for fighting with 16 seconds left.