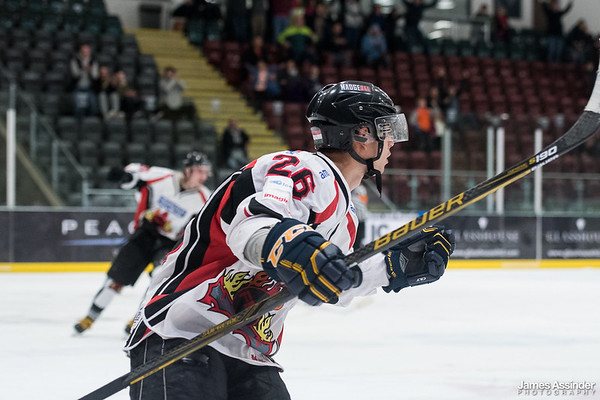 Cardiff Fire are preparing for two big home fixtures in their quest to climb the National Ice Hockey League table.

Head coach Mark Smith and his Fire players entertain high-flying Solent Devils at the Viola Arena in Cardiff Bay on Sunday (February 24, 6pm) and then take on Peterborough Phantoms at the same venue on the following Saturday (6.30pm).

Both are tough fixtures with Solent still in the South Two title chase, while Peterborough are two points ahead of Fire having played three games more.

Cardiff slipped up 5-3 in their latest NIHL match, in the Severnside derby against Bristol Pitbulls, despite outshooting their visitors 43-27.

Six goals were scored in seven minutes early in the second period. The first four of those went to visitors Bulldogs, all coming in a four minute spell, before Fire hit back with two of their own.

Fire were also awarded a penalty shot, but Jordan Powell’s effort was beaten away by goaltender Ross Miller.

Powell did score, though, with Tamas Elias and Jackson Price netting Fire’s other goals.