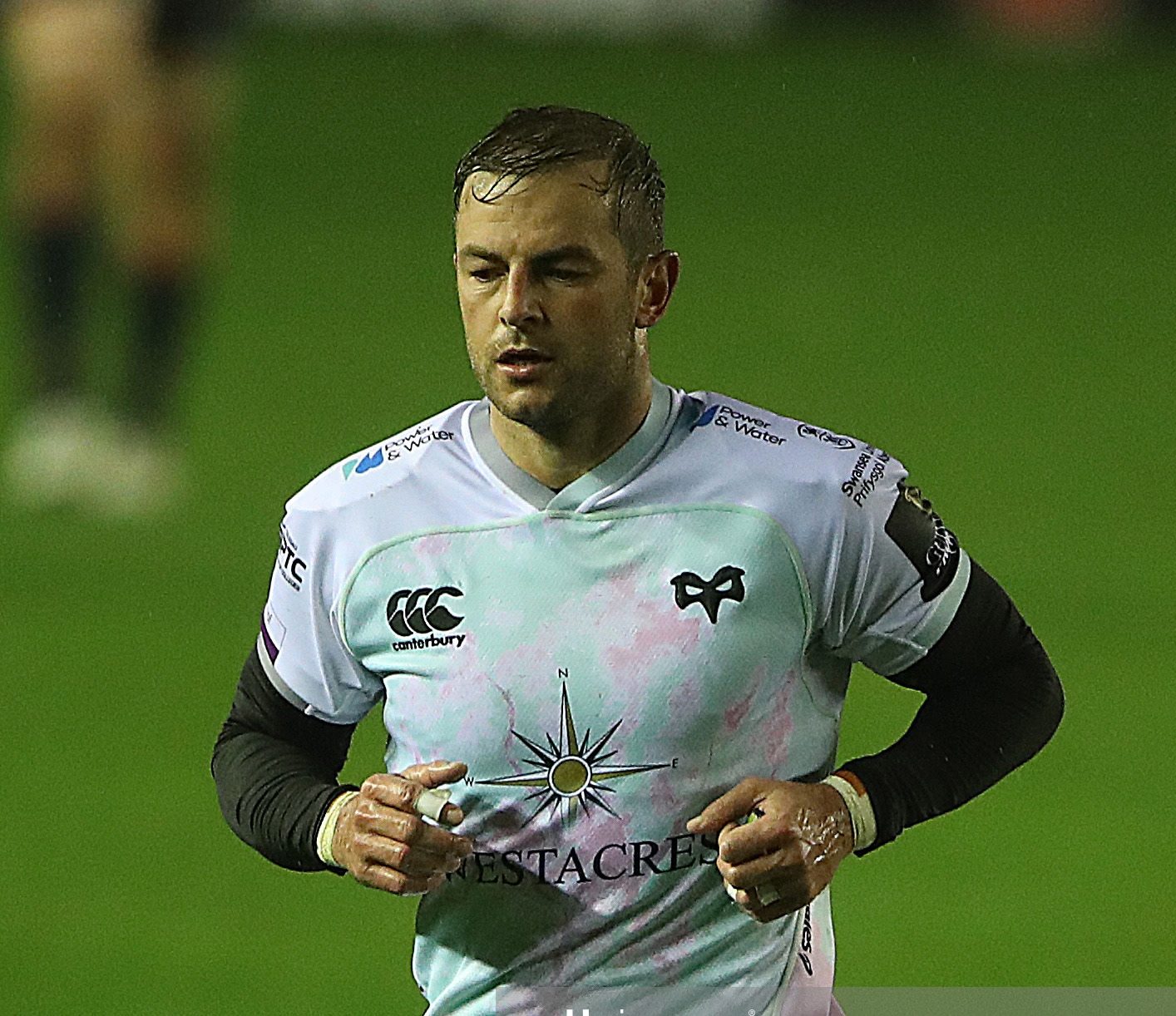 Stephen Myler has been described as “fit as a butcher’s dog” and an extra coach on the field by the Ospreys chief who has just given the 36-year-old another year’s contract.

Toby Booth has showered praise on the English outside-half, who has signed for a further season with the region even though he will be 37 this summer.

Myler struck three conversions on Sunday as the Ospreys earned a 26-20 Guinness Pro 14 victory away at Connacht.

Now, he has agreed a new deal after playing in 13 matches since his move from London Irish last summer, and having scored 130 points.

With long-term injury victim Gareth Anscombe still struggling to overcome a knee problem, Myler is set to play another important role for the Ospreys next season.

“When you are trying to create an identity, you need leaders and coaches on the pitch who understand it and can deliver it,” said Booth.

“Also, when you are trying to develop and grow a lot of players, there is a balance between the foolhardy youngsters and experienced old timers.

“From that point of view, effectively having an extra coach on the pitch, which is what Stephen is, allows him to coach in the moment. He is very generous with his knowledge and very committed to the project he is in.

“Once I knew Stephen was available and had a conversation with him it was a no-brainer to sign him.

“I know Stephen and have seen what he has brought to the teams he has played for over the years, and he is not worried about being the all-signing or all-dancing No.10 who takes all the limelight.

“He is the bloke who stitches it all together, and we have a lot of quality at the Ospreys but it needs to be stitched together.

“He does that for every side he plays for. He is still fit as a butcher’s dog, looks after himself exceptionally well, a brilliant professional, is delivering on the pitch and is a humble guy who epitomises what we want an Ospreys man to be.”

I’ve been made to feel really welcome since joining the region. A privilege to be a part of this group and I’m delighted to extend my stay @ospreys https://t.co/vEioabCG6H

A European Challenge Cup and Premiership final winner with Northampton Saints, Myler has surpassed 3,000 career points during his time in Swansea.

He said: “I am at the stage of my career where enjoyment is a big thing and I have fully enjoyed my time here because I feel I have a purpose and that we have a goal we are all working towards, and that as a group we are all pulling in the same direction.

“I know what I can bring, have a lot of experience but I am also learning things at the Ospreys everyday.  Despite the amount of time I have been in the game, it is constantly evolving all the time. You always need new challenges and new things to focus on and I have given my all to this.”