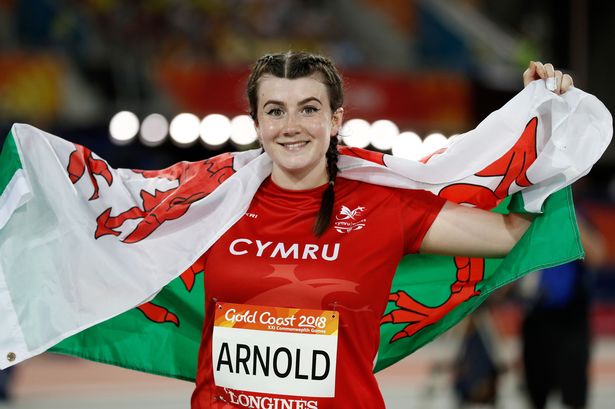 Winter Paralympic gold medallist Menna Fitzpatrick and Commonwealth Games champion Hollie Arnold have both been nominated for the prestigious title of Sunday Times Disabled Sportswoman of the Year.

The two Welsh heroines are up against some tough competition to carry off the title in the shape of triple European sprint champion Sophie Hahn, multi-gold medal winning swimmer Alice Tai and blind cyclist Sophie Thornhill.

Arnold’s year started in dramatic fashion when she broke the T46 javelin world record with her final throw of 44.43 metres at the Gold Coast Commonwealth Games to snatch victory from the grasp of New Zealand rival Hilly Robinson, who had earlier taken Arnold’s world mark.

The 24-year-old went on to add the European title in Berlin later in the year and in the space of three years has taken the Paralympic, World, Commonwealth and European titles, as well as improving the world record on a number of occasions.

Visually impaired skier Fitzpatrick, who is nominated with her guide Jennifer Kehoe, brought back a gold, two silvers and a bronze from the Winter Paralympics in Pyeongchang this year. Given she was still a teenager at the time, and skis with only 5% vision, it was a phenomenal achievement.

With Kehoe expertly guiding her down the mountain she took a bronze in the ‘Super-G’, struck silver in the Combined and the Giant Slalom before taking Slalom gold on the final day of the Games.

Previous Welsh winners of titles at the Sunday Times Sportswoman of the Year awards have been Olive Jones, the Rhos-on-Sea swimming coach who picked up the inaugural award in 1988, Tanni Grey-Thompson in 1992 and Nicole Cooke in 2008.

While they carried off the top award, double Olympic gold medalist Jade Jones was named as the 2012 Young Olympian of the Year, while Becky James was the 2013 Young Sportswoman of the Year.

The Awards, now in their 31st year, celebrate the outstanding contribution to sport made by elite performers, coaches, administrators, community volunteers and inspirational women. The Awards are supported by the Sport and Recreation Alliance, UK Sport, Sport England and Women in Sport.

The winners will be announced at an awards ceremony in London on the evening of Thursday, 1 November. Public votes are being accepted for the Team of the Year and for the Grass Roots and you can find full details here – https://sportswomenoftheyear.co.uk/